Most people find the rain annoying. Saschka Unseld is not most people. The filmmaker and animator made the Pixar short film "The Blue Umbrella," an ode to all things precipitation.

"I thought what I really want the film to be, for me, is a love declaration to the rain," Unseld, who is from Hamburg, Germany ("Germany's Seattle," the director joked), told HuffPost Entertainment in a recent interview. "Something that celebrates the beauty of the rain and how nice it is and how magical the city becomes when it rains. If you want the audience to feel that way, it should be a love story."

Unseld's short, about a pair of umbrellas -- the title blue accessory and a red one -- who fall in love during a storm, screened in front of prints of "Monsters University" this summer. (Unseld has brought the film, which will also be available on the "Monsters University" Blu-ray, to festivals as well, including the upcoming Hamptons International Film Festival on Long Island.) If the film seems simple, it wasn't: As with most things that come out of Pixar, where stories are painstakingly honed by the studio's creative team, "The Blue Umbrella" didn't get made overnight.

"The initial spark was three years ago. It was a rainy day in San Francisco, and I walked to the bus in the morning. As was always the case in the rain, I found an umbrella that someone had lost or tossed away, lying in the gutter," Unseld recalled. "I don't know -- for some reason, at that moment and at that time, it just stopped me. I stood there and looked at it, especially because it looked so incredibly sad because no one pays attention to it. So I snapped a picture of it."

Six months later, Unseld did a brief animation test featuring umbrellas. "Just a group of umbrellas flying through the air, kind of moving like jellyfish," he said. There was no story, though, until six months after that, when he pitched his Pixar bosses three ideas, including one about an umbrella.

"When I wrote the story, I didn't have a specific look in mind. I just wrote the story and what works emotionally," Unseld said, before explaining how he landed on the unique photo-real aesthetic that separates "The Blue Umbrella" from most normal animated shorts. "Part of my pitch at Pixar was not just the animation pitch of the umbrellas, but another clip I had done [of] faces in a city that I recorded on my iPhone and animated to a song from Sarah Jaffe, who I really like." According to Unseld, everyone was very excited about the direction he wanted to take the animation, even if it threw some people off at first.

"The first five or 10 seconds of that, nothing happens. I shot the sidewalk, and everyone was like, 'Why is he showing that to us, is he crazy?' But then it's exactly like the final film -- we copied the timing I used there -- and then it comes to life. There was such a magic to that. The only way that works is if, before that, you think of it as being real. Because if it was cartoony or stylized, the magic would be gone. It is really close to the heart of animation: bringing inanimate objects to life."

Watch the opening of Unseld's "The Blue Umbrella" right here:

After the look of the film was settled (Unseld mentioned Wong Kar-Wai as an influence), test screenings and tweaks to the narrative soon followed.

"You want to show it to fresh people," Unseld said of his film, which he screened for Pixar boss John Lasseter and the studio's top filmmakers, like Lee Unkrich ("Toy Story 3") and Pete Docter ("Up"), among others. "Since I was so close to the production, it felt like we had changed a lot. But there was an interesting moment when someone from development who had seen it initially, and then saw it when it was done, thought it was the same as my pitch. Which is great because it means we kept the soul and heart of it, but we polished it so much throughout the process, tidying up certain parts and coming up with other ideas."

One of the ideas from the beginning was that the film's score would be key. An initial pitch from Unseld had the city's various inanimate objects, like a mailbox and store awning, singing and acting as a Greek Chorus to the action. That was eventually scrapped, but not before Unseld was able to secure Jon Brion and Jaffe to produce the memorable "Blue Umbrella" music.

"The work that Jon Brion did on "Punch-Drunk Love," for me, was the perfect thing. Because it was offbeat enough, but it's so catchy as well. So we met with a couple of people, but when we met with Jon Brion, he got what the short needed," Unseld said. "He instantly talked about how the biggest challenge on the short was going to be that you change moods on a dime. He talked about how it's all going to be about finding a catchy three-to-five note melody that you can instantly play sad or happy or excited or downbeat or upbeat. We kind of instantly clicked."

With the production set, Unseld only had one last thing to work on: the short's denouement.

"In my initial pitch and for a long time, the owners of the umbrellas sat inside the cafe and drank tea to warm up, while the umbrellas are in the foyer of the cafe, just standing there to dry," Unseld said. "Then there was a moment where we test-screened those reels, and someone misread that, because the storyboards are sometimes so rough. So we got a note that someone in the meeting said, 'Oh, it was such a great idea that they sit outside in the rain because of course the owners love the rain as well.' I was like, 'What are you talking about?' He was like, 'Oh, I read the storyboard like that.' It wasn't what we drew, but it was an amazing idea. So that's how that came to be. It was just about listening to these moments and then just knowing what to pick up and change, because it fits better to the story, and what not to do."

Check out three exclusive posters from "The Blue Umbrella" below. The short film will screen at the Hamptons International Film Festival this weekend. 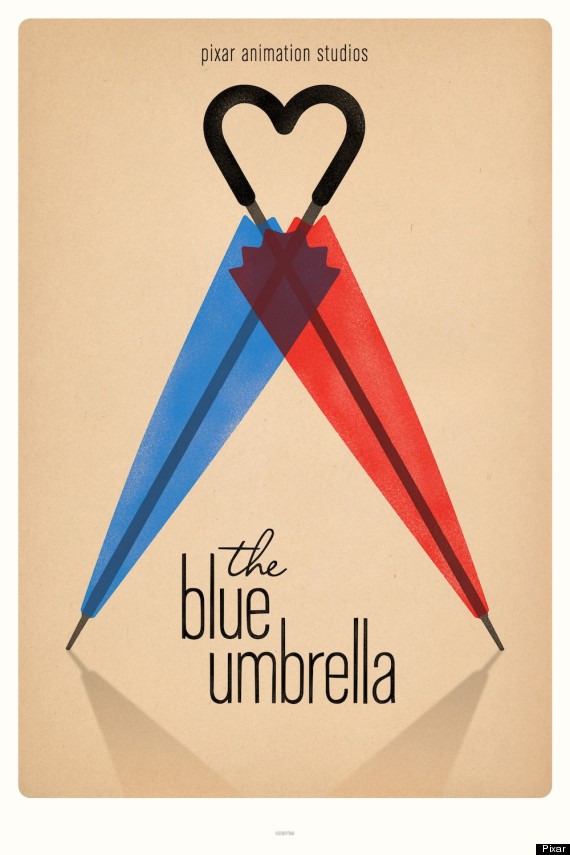 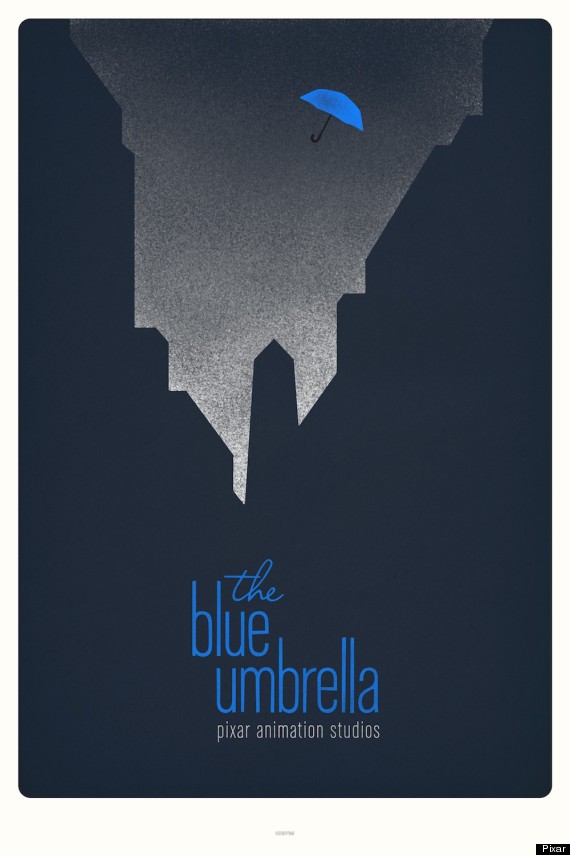 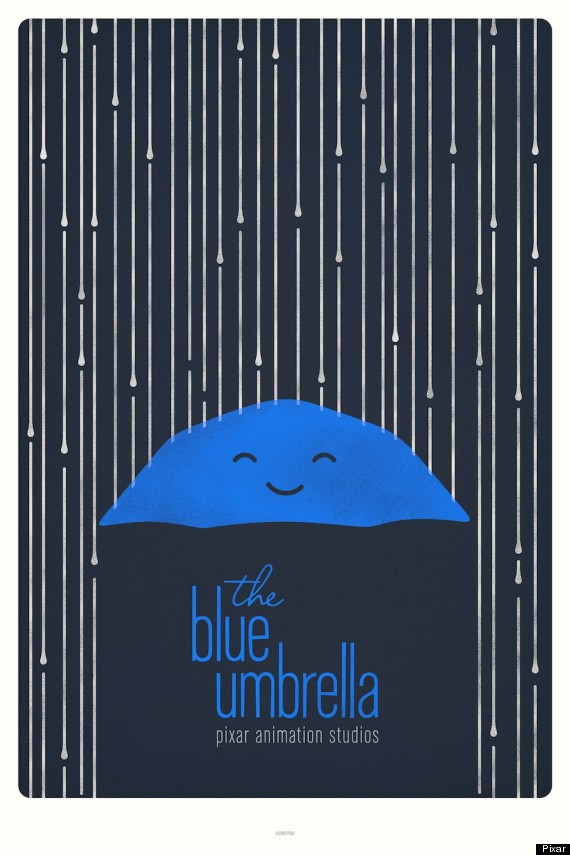