In July 1992, I met Alexander "Sasha" Shulgin, the brilliant Bay Area chemist and creator of psychedelic drugs, who died June 2. He was a wonderful guy -- funny and clever, loving, honest, courageous and loyal. 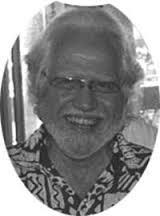 I encourage you to read remembrances of him posted by colleagues at U.C. Berkeley, Erowid, and the obituary in The New York Times. His colleague, David Presti at U.C. Berkeley, argues that Sasha -- and Albert Hofmann, the man who discovered LSD -- should have won the Nobel Prize in Chemistry. 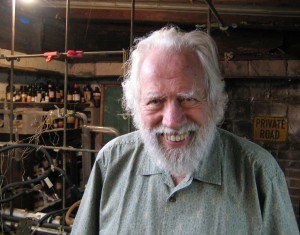 When we first met at a conference organized by Professor Ethan Nadelmann at Princeton University, Sasha realized I was the man he had long thought must be a complete idiot. Sasha learned that I, as counsel to the House Judiciary Committee from 1979 to 1989, had been involved in writing provisions of the Anti-Drug Abuse Acts of 1986 and 1988 that he found particularly stupid.

Sections 1201 through 1204 of the Anti-Drug Abuse Act of 1986 included the "Controlled Substance Analogue Enforcement Act of 1986" (21 U.S.C. 802(32) and 21 U.S.C. 813). Congress was concerned with the menace of "designer drugs," because the botched synthesis of a synthetic opiate included a contaminant that caused Parkinson's disease-like effects in those who injected it. At the time I had never heard of Alexander Shulgin. I had no idea that the ban on controlled substance analogues could conceivably have affected him more than anyone, since Sasha created more such analogues than anyone in history.

In 1988, at the request of the DEA, Congress added new crimes to the Controlled Substances Act in section 6057 of the "Chemical Diversion and Trafficking Act of 1988," a subtitle of the "Anti-Drug Abuse Act of 1988." 21 U.S.C. 843 (a)(6) and (7) prohibited a person from possessing, manufacturing, distributing or importing a particular piece of common laboratory apparatus with the intent to manufacture a controlled substance or knowing that it will be used to manufacture a controlled substance not authorized by law. This piece of common laboratory apparatus was the three-neck round-bottom flask that DEA said was essential to the synthesis of methamphetamine.

As a working chemist, Sasha was intimately familiar with all kinds of laboratory equipment, including flasks. 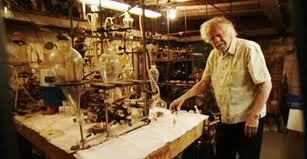 Incredulous, he asked me, "Didn't Congress know that any four-neck round-bottom flask could be used in place of a three-neck round-bottom flask by simply putting a stopper in the fourth neck?" Hmmm. Probably no one in Congress involved in writing the provision had any knowledge of the use of such flasks, including me. Few probably knew about the provision -- about 10 lines in a bill that ended up as 363 pages of relatively small print. I further explained that to most members of Congress in 1988 it almost certainly did not matter whether it would be effective or not. In 1986, Congress had written the smaller but more important Anti-Drug Abuse Act of 1986 out of genuine shock at the death of basketball star Len Bias. But two years later, Congress wrote the huge Anti-Drug Abuse Act of 1988 because Democrats and Republicans were jockeying cynically for partisan credit (and ambitious members were trying to raise their profiles and prestige) on the eve of a major election.

This pointless language was just one of a great many illogical provisions that Members of Congress were inserting into the bill in order to be able to take credit for having done "something" to contribute to the war on drugs. For a practicing chemist like Sasha, to ban the manufacture, sale and use of a common type of flask that is so easily replaced by another was the epitome of stupid lawmaking. I could not argue with him!

After spending some time with Sasha and his wife and partner, Ann Shulgin, we developed a great friendship, and he realized that I was not quite the idiot (or slavish congressional staffer) he once took me for. 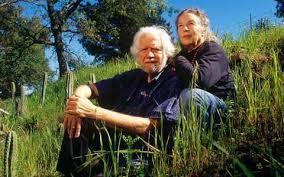 He later learned that I had tried, behind the scenes, to block the worst overbreadth of the analogue act, and that I had helped some psychiatrists who were using MDMA in their practice and were concerned that the bill would interfere with their patients' therapy find the high-powered lobbyist who tried to help them fight the legislation. After Sasha learned of my writing about entheogens ("Law Enforcement Against Entheogens: Is it Religious Persecution?" in Robert Forte's Entheogens and the Future of Religion (Council on Spiritual Practices, San Francisco, 1997)), he extended to me the honor of showing me his laboratory.

Sasha was great fun to be with, always witty and funny, and he never let me forget the patent absurdity of banning the three-necked flask!

I encourage you to read the excellent remembrances and obituaries, linked above, about a genius, whose rich life was filled with fun, wit, love, music and an enormous curiosity about the human potential that can be unlocked by neurochemistry.