The Satanic Temple received approval to place their own holiday display in the Michigan statehouse.

The Michigan State Capitol Commission approved the group's request for a satanic holiday display on Dec. 11, according to a press release. In November, the commission sought legal advice about putting a Nativity scene on the capitol lawn. A member of the commission told the Lansing State Journal the Nativity scene would not be on display this year because the person backing it couldn't find someone to put up and tear down the display each day.

“Where there is obstinate refusal to keep religious iconography off of public spaces, the least we can do is ensure that the Government is remaining neutral, respecting a diversity of religious views, with preference for, and exclusion of, none," Blackmore said in a statement. 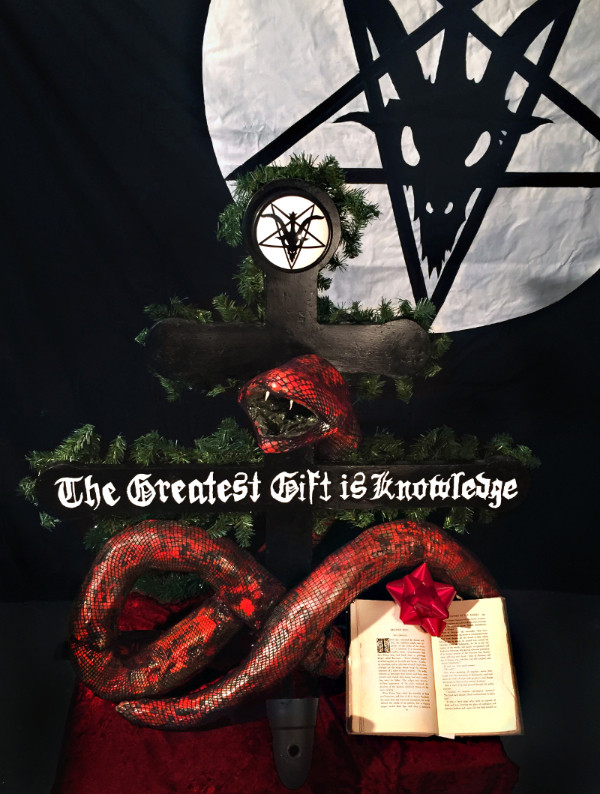 Image by The Satanic Temple

The Satanic Temple also recently obtained approval to put a display in the Florida state capitol.

The Satanic Temple's display will be in the Michigan Statehouse from Dec. 21-23.