The internets are full of declarative statements about satire these days, the most common of which being that "satire does not work unless it portrays its intended target."

So let's consider this image: 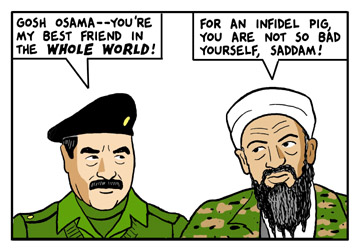 Clearly this cartoon doesn't work at all, because there is no way for the reader to understand that its intended target was not Saddam Hussein and Osama bin Laden themselves. So let's see what we can do to clarify things: 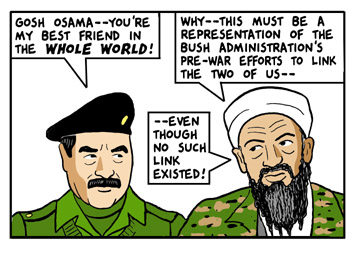 That makes the intention of the cartoon clearer -- but there's still room for improvement. 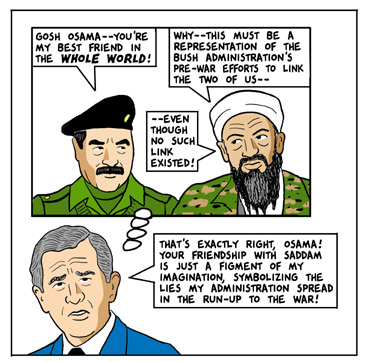 There! That's much better! But maybe, just to be safe, we should take it one step further: 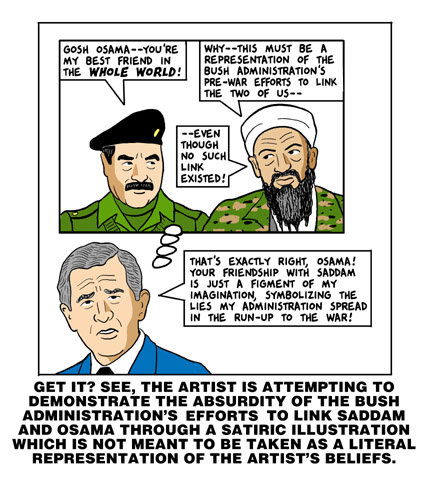 Okay then! With no room for misinterpretation whatsoever -- that's comedy gold!

Remember: satire does not work unless it literally portrays the intended target!