There are times when it is darkest that all you have left is hope. That hope may be directed anywhere, from simple survival to revival, from protecting one's family to defending one's country. My family has lived through the darkest times in modern history, with most not having survived the darkness, and others having fought their way through to a better world. That better world was created by those with courage and vision, and today a new generation needs to project its courage and vision.

What a field day for the heat
A thousand people in the street
Singing songs and carrying signs
Mostly saying, "hooray for our side"

It's time we stop
Hey, what's that sound?
Everybody look - what's going down?

That courage and vision was on display worldwide the day after the First American Republic died. The deeds of the Second have now been planted. 3.2 million people, mostly women, took to the streets from Antarctica to Anchorage, with a million in DC and ¾ million in LA, and 1.5 million abroad. Strikingly, hundreds of smaller cities in the Heartland and Confederacy, from Helena to Jackson to Palmer, Alaska, had 10-20% of their populations turn out.

Those estimates are low. The number for the DC rally was calculated simply on the Mall, but I know from personal experience that there were hundreds of thousands streaming along streets parallel to the Mall because there were too many barricades. Nobody bothered to look there.

I was most struck by several things. First, the diversity of age was stunning. The next generation was out, with babies and parents and grandparents. Most attendees were Gen X and millennial women, many of whom had never been politically active. The racial, ethnic, and sexual diversity was evident, highly visible, and tactically irrelevant, putting the lie to the canard from both Republicans and some liberals as well that left politics is only about identity (as if Republican politics isn't just as much - country club Republicans, evangelicals, white supremacists, Second Amendment extremists, etc.). This rally was about women standing up to Trump, regardless of one's personal issues. 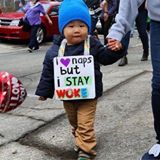 Secondly, the participants were patient, peaceful and helpful, and I did not see a single person with headphones or earbuds. No one was in his bubble; everyone was listening, talking, and engaging, face to face. This was not a crowd of individuals; it was a movement.

Thirdly, putting aside the wise Hawaiian grandmother who sparked the idea on November 9th, the organizers were all young women, with a majority women of color. More importantly, they did a great job. They kept expectations low, maintained a minor degree of control, and let the participants drive the events. There was too much talking from the stage; it seems rally organizers still haven't learned to keep things short, but the talking was surprisingly good.

The talk included advice on how to move forward, and things to do for people who are not politically active. They included candid talk from Ashley Judd, whose recitation of a poem, "I'm a Nasty Women," from Nina Donovan of Tennessee smashed another ceiling, similar to the effect Eve Ensler had with The Vagina Monologues two decades ago. Intersectionality was present but neither didactic nor intrusive.

None of this is to say that this largest demonstration in American history, which clearly got under the skin of the new regime and its Führer, is in and of itself the solution to the current crisis. As Nate Silver points out above, 80% of the attendees hailed from states won by Clinton, and most came from cities. More evidence of the need for ultimate disunion. But as I mentioned earlier, there were many smaller but even more impressive proportional turnouts across the country.

When you add these immense responses to the end of American democracy, the toxic messages from the stained White House about carnage and illegal voting, the elevation of alternative facts in the alternative delusional universe of the PINO (President in Name Only) and the Nazi alt-right, you have a situation in this country that is as unprecedented as the previous 18 months and the victory of the narcissist-in-chief. Remarkably to me, while the Democrats appear to still be generally spineless, with a few notable exceptions such as John Lewis, the press is finally beginning to stand up. Politeness is gone. The New York Times is calling a lie a lie. Jim Rutenberg of The Times used footnotes in a story, the first time I've ever seen that in a newspaper. Laurence Tribe and colleagues have already filed a federal lawsuit against the illegitimate president for violating the emoluments clause of the Constitution the moment he finished his oath. The march organizers are already preparing for further demonstrations. And the counter-intelligence unit of the FBI is considering violations of the Espionage Act and acts of treason committed by General Flynn and other members of the Trump campaign, including Trump himself.

And while it's only been six days, I must believe that when this regime starts actually doing its evil deeds, the response will be exponentially greater. Americans have never seen fascism at home. So far it looks like they don't like what they see. Republicans created this monster, own all of it, and will have to ride it forward. And next year, they will have nowhere to hide.

Finally, in honor of the late Carrie Fisher and the many marchers who carried her picture and message of hope: 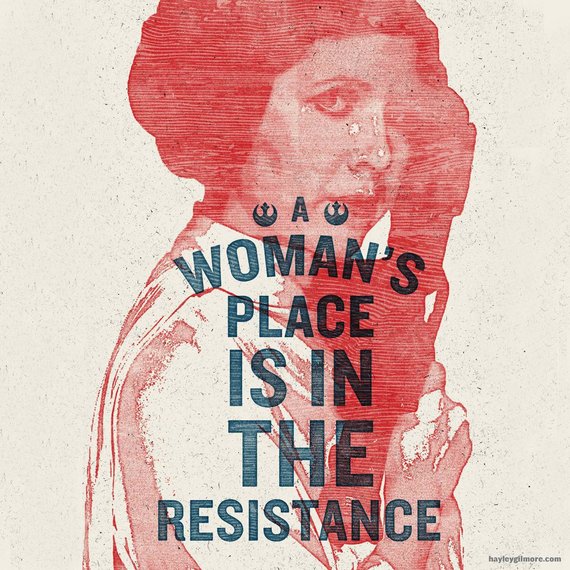