The Oklahoma land-rush scene from Far and Away, best illustrates what's happening this morning in many county clerk's offices in Michigan. Desperate families given a brief window of opportunity to give their children the same rights and opportunities as other American kids -- fully expecting the window to be slammed shut at any moment.

Free land -- if you can out-run or out-wit your opponents. Unfortunately, families in line right now are finding their opponent their own state leadership. You need to move fast and be ready to deal with cheaters. 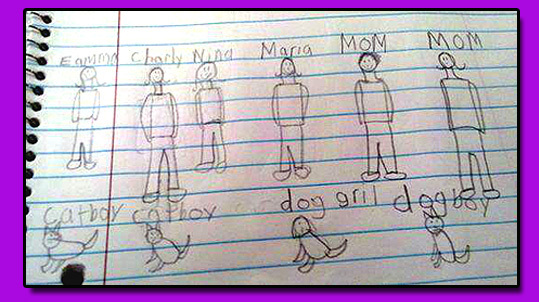 Sadly, too few people trust the State of Michigan to do what is right. My cousin Jenny and her partner Cheryl, two outstanding parents, have been faced with losing their adopted daughters to foster homes should anything happen to Jenny (link to news story). Before 5PM Friday, Cheryl would have no claim to continue as the girls' parent. U.S. District Judge Bernard Friedman agreed:

"Many Michigan residents have religious convictions whose principles govern the conduct of their daily lives and inform their own viewpoints about marriage. Nonetheless, these views cannot strip other citizens of the guarantees of equal protection under the law."

So after the 5 PM ruling Friday, things moved fast. As Oakland, Muskegon and Washtenaw county clerks announced they would be open Saturday to issue marriage licenses Michigan's Attorney General, Bill Schuette, filed a motion to stay the overturned law. According to the Detroit Free Press:

Schuette filed the request with the U.S. 6th Circuit Court of Appeals in Cincinnati at 5:17 p.m., about 10 minutes after Friedman's ruling showed up on the federal docket in Detroit. The Appeals Court acknowledged the receipt of the motion at 5:45 p.m.

Shortly after a two-week trial, the district court issued its opinion and order declaring that 2.7 million voters did not have a single rational reason among them when they passed the Michigan Marriage Amendment," Schuette said in his motion.

Given the monumental impact the district court's order would have on the institution of marriage in Michigan, especially amidst a national debate on the issue, a stay should be considered immediately.

Suddenly, the Michigan Republican leadership is in favor of supporting the will of its people -- in ten minutes no less.

In the 2012 election, Proposal 1 was put on the ballot to strengthen Governor Snyder's takeover of school districts and cities he deemed "failing" and it planned to expand the power for emergency managers and the ability of the governor to appoint emergency managers.

2.1 million of those same "rational voters" obviously did not trust its own governor to do what was best. A quick look at the history of Emergency Managers showed the Benton Harbor EM selling off Michigan lakefront property to a golf course developer. The once valued $22 million Pontiac Silverdome was sold to the Andreas Apostolopoulos of Triple Investment Group for under $600,000.

Six weeks later after the emergency manager was blocked by the will of the voters, Governor Snyder signed a revised Emergency Manager law (source).

Ten minutes later, no attorney generals rushed in and declared the will of the people was being ignored. 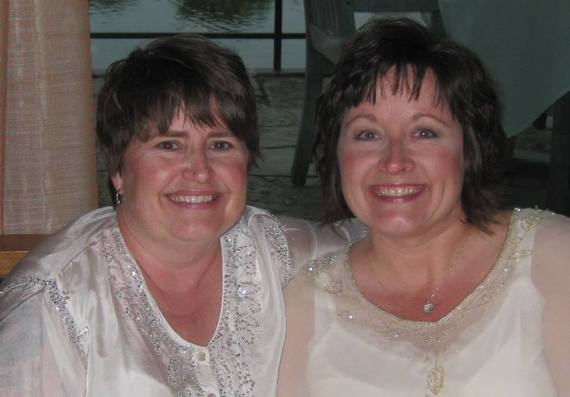 It's a shame that these county clerks, expecting the worst from their own state's leaders, have had to open on Saturday and work extra-hours and officiate the rush. But they don't mind, particularly former state representatives who know too well Lansing's split-personality, such as Oakland County Clerk Lisa Brown who stated:

It's a relief that my office is no longer forced to discriminate against same-sex couples. During the course of the trial I've heard from many residents who want to be first in line to get a marriage license. I couldn't be happier to say that their wait is finally over. It's taken too long to get to this point, but we are finally here.

They're not in a conestoga but , Jenny, Cheryl and the two girls are rushing off to the Oakland County offices right now -- racing against their own state's leadership for the right to continue to be wonderful moms and offer a promising future to two deserving little girls.