A new report released this morning states that Saudi Arabia has asked its Commission for the Promotion of Virtue and Prevention of Vice to begin enforcing the banishment of gay and "tom boy" students from schools and universities in an attempt to further thwart homosexuality in the country, where it is already considered a capital offense.

Emirates247.com quotes the Arabic language newspaper Sharq which states “Instructions have been issued to all public schools and universities to ban the entry of gays and tom boys and to intensify their efforts to fight this phenomenon, which has been promoted by some websites.”

It is not clear exactly who has given the order to the Commission, which Emirates247.com refers to as the "most feared law enforcement authority" in the country, but it was noted that students will only be allowed to return if they "prove they have been corrected and have stopped such practices."

Saudi Arabia has long been harshly criticized for its treatment of LGBT people. PinkNews notes that in 2010 a British man was beaten and threatened with death when Saudi Arabian police discovered he was gay.

For a list of 10 other places that you probably don't want to book a vacation to if you're LGBT, check out the slideshow created by HuffPost blogger Katherine Dean below. 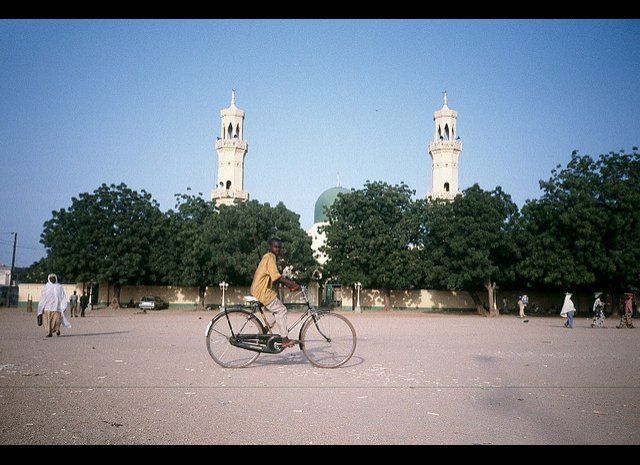 1 / 10
Nigeria
It goes without saying that vacationers craving a peaceful escape should avoid any nation sporting a human rights record as poor as Nigeria's. According to the U.S. Deparment of State, in September 2008 four local newspapers printed the photos, names, and addresses of members of a gay-friendly church in Lagos, a costal town in southwest Nigeria. Soon after, 12 members of the church were harrassed, attacked, threatened, and beaten. In southern Nigeria, homosexuality is illegal and carries a penalty of up to 14 years in prison. Sharia penal code (Islamic religious law), which has been enacted in 12 states in northern Nigeria, subjects homosexuals to penalties as harsh as execution by stoning. Nigeria is one of eight nations where being gay carries a punishment of death, either by law or in practice. The other seven are Saudi Arabia, Iran, Mauritania, Sudan, Yemen, Somalia (in areas under Sharia law), and Afghanistan (death only imposed by the Taliban). <em>Gay-friendly destinations in Africa: <a href="http://equallywed.com/gay-and-lesbian-honeymoons/out-of-africa-cape-town-and-western-cape-south-africa.html" target="_hplink">South Africa</a></em> <em>(Image courtesy of Radio Nederland Wereldomroep on <a href="http://www.flickr.com/photos/rnw/" target="_hplink">Flickr.com</a>.)</em>
Flickr: Radio Nederland Wereldomroep