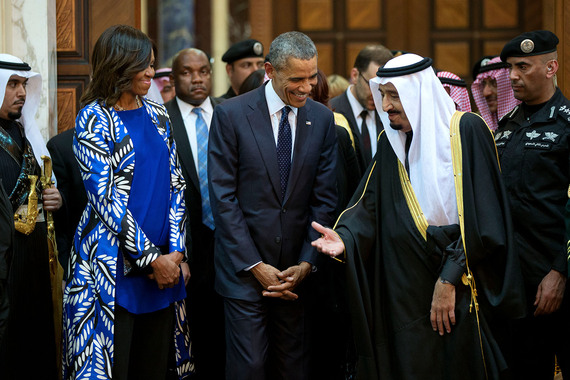 Beyond adding further tension to an important alliance, the U.S. Senate's passage of a bill that would allow private citizens to expose Saudi Arabia to 9/11 legal claims will impact how international law is practiced, with serious ramifications for the United States. Congress overriding President Obama's veto of the bill has opened floodgates that discards of international law in favor of the law of the jungle. The violation of the immunity of a sovereign state by a foreign government contradicts the Vienna Convention on Diplomatic Relations, from the immunity of diplomats to the inviolability of missions, and undermines the authority of the Executive Branch of the U.S. government.

The United States has a State Department and a diplomatic corps staffed by some of the most brilliant men and women in the field. Since senators must have some idea of the role of U.S. diplomats in the daily advancement of America's global interests, their pursuit of this bill seems cynically populist at best. At worst it is destructive: having private citizens take nation states to task over their grievances is akin to someone who knows little about medicine looking up their symptoms on WebMD and deciding to medicate, or perform surgery on, themselves. And what happens when foreign nationals who have suffered collateral damage as a result of U.S. operations decide that the American taxpayer is funding everything from drone strikes to Guantanamo thus opening the door to countless lawsuits against the U.S. Government? Will foreign governments insist on defending the sovereign immunity of the United States if the U.S cannot reciprocate? "If the Saudis did not participate in this terrorism, they have nothing to fear about going to court," said Senator Chuck Schumer of New York. "If they did, they should be held accountable." Mr. Schumer, a graduate of Harvard Law School, should know better than to speak about a nation state as though it were a moral entity. Nations are not individuals and cannot be held to the same moral standards as individual human beings. All nations, especially powerful ones like the United States, periodically have to make unsavory decisions in the interests of the "greater good". The 9/11 commission report concluded that "It does not appear that any government other than the Taliban financially supported al Qaeda before 9/11" and that "Saudi Arabia has long been considered the primary source of al Qaeda funding, but we have found no evidence that the Saudi government as an institution or senior Saudi officials individually funded the organization." On three separate occasions, lawsuits in federal court (2006, 2008 and 2015) that accused the kingdom of sponsoring terrorism were dismissed. And regarding the redacted 28 pages of the 9/11 Commission Report that pundits claim will offer revelations about Saudi "support" for the attacks, the cold truth is that it is the Bush Administration that has resisted declassifying the entire report for fear of compromising intelligence sources. The Saudis themselves have been urging the U.S. to unseal the 28 pages for over a decade now. "We want to see them for two reasons,"said Saud Al-Faisal. "If there are accusations against Saudi Arabia, we want to respond to it, because we know we are clear of any accusations. But if there are any also information about possible supporters of terrorists, we want to know about them to take care of the situation." It is not sufficient to say that Saudi Arabia does not sponsor terrorism. It must be noted that Saudi counterterrorism has been active and has broken up plots against the United States. Saudi-US intelligence cooperation has made both countries safer. As former head of Saudi Intelligence Prince Turki Al-Faisal said in an open letter to President Obama, "we shared with you our intelligence that prevented deadly terrorist attacks on America". As former U.S. Ambassador to Saudi Arabia Ford Fraker noted at a conference on US-GCC relations, despite the political noise, "down here where we operate day-to-day in counterterrorism and intelligence exchanges we are rock solid and even getting stronger. Furthermore, Saudi Arabia's contribution of $100 million to the U.N. Counterterrorism Center, which spearheaded a counterterrorism coalition comprising over 30 Muslim-majority nations, clearly indicates where Riyadh's financial and ideological priorities lie. We are fast approaching August 23rd which, this year, will mark the 20 year anniversary of Osama Bin-Laden's official declaration of war on both the United States and Saudi Arabia. The House of Saud, Saudi Arabia and other U.S. allies in the Gulf have been engaged in mortal combat with these extremists since well before the sickening attacks of September 11th 2001. The Saudi Government was not funding the people who were bent on its decimation. As Prince Saud Al-Faisal said, "These people are attacking us. They are killing us. It sounds morbid to say that we would protect those who would kill us." 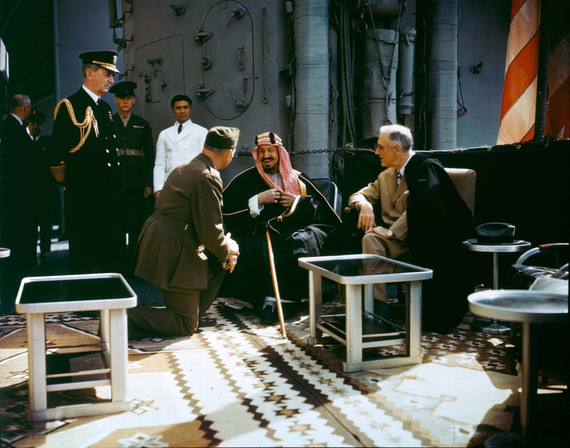 A bit of history of modern Saudi society and governance is in order. When King Abdulaziz (Ibn Saud) set out to unify the tribes of the peninsula in his drive to form the modern Saudi State, he encouraged the old practice of tribal intermarriage. The House of Saud today is more akin to a diverse conglomeration of tribes representing the bloodlines of many prominent families (among them the Al Sudairis, the Shammar Tribe, Al Jiluwis and so on) than a traditional European royal house. This is not a society in which a son necessarily inherits the "throne" from his father but rather one in which the concepts of Shura consultation and the social and political discussions of the majlis are taken seriously and are central to the legislative lifeblood of the nations. Understanding the nuances of this "extended family" approach to the state can explain a lot in Saudi Arabia and the broader Gulf. In the neighboring, more liberal, United Arab Emirates, the crown prince as well as the Prime Minister, foreign minister and other high-ranking government officials all have paid visits to the families of 42 Emirati soldiers who were killed during the Saudi-led initiative against the Houthi rebels in Yemen. This system of government will need to evolve and develop in order to remain sustainable as populations expand. That's exactly what is happening in the UAE, for example, through the progressive empowerment of the Federal National Council. Also encouraging are the economic reforms recently announced by Saudi Arabia, which will greatly enhance its stability and security. In addition, as Jan Kalicki
writes
, the reforms will bring "new economic cities and science and technology centers as building blocks. Not least, this represents a substantial commercial opportunity for the United States." All cooperation, whether military, commercial, diplomatic, scientific or otherwise must have cultural and humanistic understanding on both sides as its bedrock. The survivors and families of victims of the 9/11 terrorist attacks have suffered losses that cannot be quantified. Despite the anger and despite the hurt, suing foreign countries will not bring justice to the situation nor will it make the world a safer place for America and its friends. This is a world in which we need our alliances, cooperation and understanding to be at their strongest. A year ago, the prominent Saudi writer Kowther al-Arbash sat down to write what I imagine was the most heart-wrenchingly difficult statement of her life. On May 29th, 2015, her son Mohammed al-Isa was killed together with his cousin while the two young men
tackled
an ISIS suicide bomber in the Eastern Saudi city of Dammam. They the terrorist's plot and saved hundreds of worshippers in the process. In al-Arbash's statement, titled Goodbye Forever, My Son, she writes not as a political figure, nor as an influential writer, but rather simply as a mother: "...nobody knows the story of my son Mohammed as I do - I am his mother. I will never end my efforts to tell his story to everyone I can reach. He was a lively, sweet and good-natured boy. But more important than that: he was pure. Now, it feels as if his behaviour as a child was meant to tell me something: that his relationship with our present world was to be transient and brief." Later in her statement, al-Arbash illuminates a basic truth. "These attacks won't stop", she says, "unless we identify the real enemy: ignorance." And that cuts to the heart of the matter. Whether it is in Saudi Arabia, the United States, or elsewhere, it is only through the rejection of extremism, ignorance and the calls to violence that threaten to poison the body politic of the world's nations that we can look forward to healing and coexisting in a safer future. Until the mother of this young man and the mother of a young man murdered on 9/11 and all who have suffered like them can recognize the loss in each other's eyes and join hands together in leading us all towards a less divisive future, I fear that the criminals who seek to terrorize us all will have the upper hand.
Download
Calling all HuffPost superfans!
Sign up for membership to become a founding member and help shape HuffPost's next chapter
Join HuffPost