BEIRUT - Saudi Arabia has announced the end to its campaign in Yemen, but nevertheless air attacks against Ansar Allah and former President Saleh-allied components of the Yemeni army still continue -- albeit on a lesser scale. A Saudi newspaper (without any trace of irony) has announced "mission accomplished." So what is afoot, here?

We do not know the full story, but already it is plain that a major diplomatic effort has induced Saudi Arabia to cut its immediate losses in Yemen. These immediate losses include the images of civilian bomb casualties widely broadcast in the region and the erosion of any residual support for former President Hadi in Yemen, the failure to put together the much-touted Sunni intervention force and the glaring evidence that while Saudi Arabia may have had an objective (restoration to power of the former President), it had no plan for accomplishing it.

As a consequence, Saudi Arabia has found itself isolated. While Iran, Oman and Russia have been busy working on a political initiative (while also seeking to restrain Ansar Allah on the ground), the U.S. has been quietly discouraging the Saudis from continuing the Saudi aerial campaign. The campaign has had little impact on the Ansar Allah-Saleh military effectiveness but has made life hell for most urban Yemenis, with estimates of 1,000+ dead and thousands more injured.

The U.S. military was deeply skeptical about the Saudi air bombardment from the outset and lent targeting support mostly to reduce collateral damage caused by erratic bombing. U.S. military commanders were more than just doubtful of the merits of a land invasion; on the contrary, they (rightly) viewed Yemen as a muddy quagmire, into which Saudi Arabia was risking to plunge its boots.

One may ask why then, did the U.S. lend Saudi Arabia and its coalition its public support? It seems to have been a decision essentially to "balance" the progress in the nuclear negotiations with Iran, by somehow giving "reassurance" to Sunni allies, rather than being a decision taken with wider strategic consequences in mind. Yemen is largely reported in western commentaries and policy circles as simply a proxy war (which it is not) that risks exploding sectarian tensions if not contained (which is right), but that beyond this, it has little strategic import.

So how did the bombing end? President Putin spoke by telephone with King Salman. There is no public hint as to the call's content but it seems likely that the Russian President -- in tandem with senior Washington officials -- firmly advised the King to end the aerial war and to seek a political solution. Perhaps Putin was able to capitalize on the Russian non-veto of the very one-sided U.N. Security Council resolution on Yemen, to add suasion to his message. In any event, Russia is again acting to help America pull its Middle Eastern chestnuts from the fire, and there can be no doubt that Moscow was acting in close co-ordination with Tehran (who leaked the ceasefire prospect hours in advance of its formal declaration). In short, Riyadh was finding little real support for its action -- beyond a very few regional actors -- despite its public statements.

In short, Yemen portends a major humiliation for Saudi Arabia. Its bold ambition to assemble a new coalition Sunni army that would confront Iranian influence across the region has stumbled badly. It suffered early and unexpected defections by Pakistan and Turkey, and a distinct lack of enthusiasm on the part of Egypt (which demanded a huge fee in order to participate), Iraq (whose PM criticized the venture roundly) and Jordan. Worse, Saudis more recently have come to suspect UAE Crown Prince Mohammed bin Zayed of conspiring with Ali Saleh behind their backs to fix a political solution in the Saleh interest. (Recall that bin Zayed reportedly conspired with Tuwaijri, King Abdullah's closest aide, to have King Salman passed over in the succession to the throne).

More significantly, the kingdom still, in this new phase, seems to lack any effective plan on how to achieve its objectives, set out with such inflated rhetoric.

Simon Henderson of the Washington Institute opined in his article entitled "Saudi Arabia's Inexperienced Youngster" [Mohammed bin Salman]: "In most other countries, a military leader or defense minister who does not achieve a clear outcome would be a political casualty. If that does not happen in Saudi Arabia, then King Salman may find himself under pressure from senior princes seeking more fundamental change."

The key question is what this failure says about the region, beyond Henderson's point. Former vice chair of the U.S. National Intelligence Council, Graham Fuller has written:

Does anybody remember the old Cold War geopolitical concept of the Northern Tier States? They consisted of three countries -- Turkey, Iran and Pakistan (sometimes Afghanistan) that lay along the southern border of the Soviet Union; they were perceived in the West as a potential bulwark against Soviet aggression southwards into the Middle East. Is it just possible that we are witnessing today the possible recrudescence of a "Northern Tier" bloc? But this time it would not be united against Russia at all. On the contrary these three states demonstrate warming geopolitical congeniality with many aspects of Russian, Chinese and "Eurasian" geopolitical views.

Just as the Ukraine conflict galvanized Russia (and China) to lessen their vulnerability to America's military domination of global financial governance, so the Yemen "war" has somehow clarified something in respect to the Middle East. The pendulum of power can be seen to have begun its swing away from the old Gulf pole and is retracing an earlier track.

For very different motives, the key pillars of the region (Iran, Turkey, Egypt) and Pakistan are re-orienting eastwards. It is not fully appreciated in the West how important China's "Belt and Road" initiative is to this move. (And Russia, of course is fully integrated into the project). Regional states can see that China is very serious indeed about creating huge infrastructure projects from Asia to Europe. They can also see what occurred with the Asia Infrastructure Investment Bank (AIIB), as the world piled in (to America's very evident dismay). These states intend to be a part of it.

It was not just the "push" of Saudi's mismanagement of the "great Sunni initiative" to confront Iran that found few takers. It was also the knowledge that China is where the money now is (certainly for infrastructure building) and that Iran (possibly freed from sanctions) will emerge as a powerful political element to this new economic and political schema. In short, asked to back the fragile monarchies of the Middle East, states preferred to face the future.

With Saudi Arabia Faltering in Yemen, Power in the Region Has Begun To Swing East
MSF In Yemen 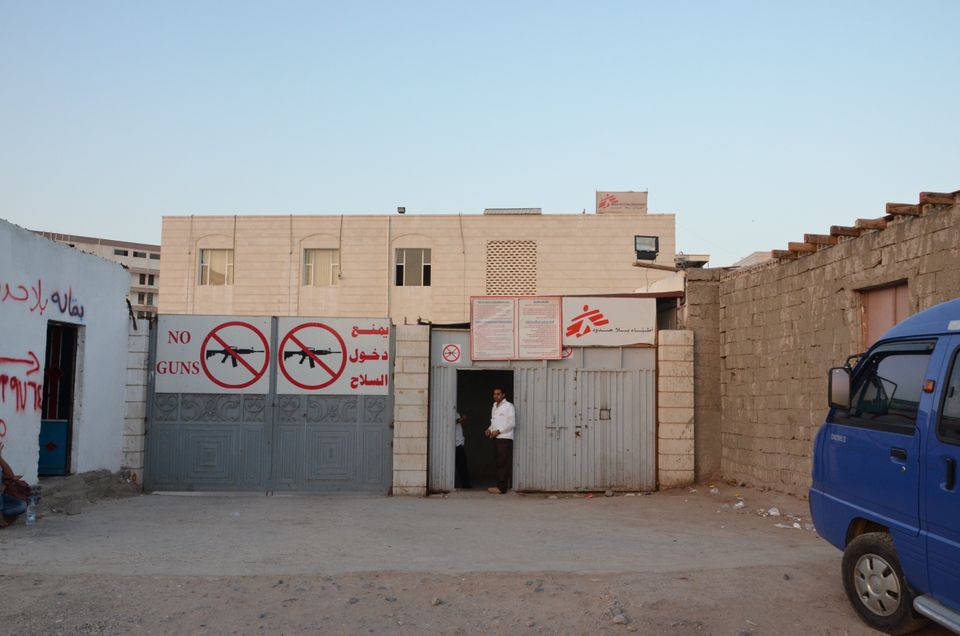 1 / 9
Since the clashes erupted in Aden on the 19th of March between forces loyal to President Hadi and special security forces - a rebel unit loyal to the former president Saleh - the conflict intensified in Aden and other areas in the South of Yemen, including Ad-Dhale', Lawdar and Lahj. All photos clicked at MSF’s emergency surgical unit in Aden, Yemen.
Courtesy MSF