The Saudi decision to execute a prominent Shiite cleric and the retaliatory ransacking of the Saudi embassy in Tehran have pushed Saudi Arabia and Iran closer to the brink of direct confrontation than they've been in decades. Fortunately for all concerned, neither side wants a war. But both have escalatory options short of direct military conflict that will make the Middle East an even more violent place. The fallout will be felt in Syria, Iraq, Lebanon, Yemen and by Europeans who hope the wave of refugees headed for their countries will soon recede.

In the Middle East, a region where the appearance of weakness never goes unpunished, both Saudi and Iranian leaders have ample reason to take a hardline approach to this fight. The Saudi government still has ample cash on hand, but much less than it had a year ago, and lower oil prices raise troubling questions for the future of the kingdom's oil export-dependent economy. Recently announced spending and subsidy cuts will not make Saudi leaders more popular. For a government that draws much of its legitimacy from its ability to provide directly for its people, that's bad news.

Saudi leaders also fear that Iran's pending escape from sanctions, a result of the international deal over its nuclear program, will allow Tehran to spend more to stoke trouble elsewhere in the Middle East. That includes in Saudi Arabia's Eastern Province, home to most of the country's Shiites and most of its oil production. Iran's new economic strength will also encourage Saudi allies to engage Tehran, leaving the kingdom isolated. Saudi leaders hope a fight with Shiite Iran can rally the Sunni majority to their government and encourage tighter cooperation with Sunni allies like the United Arab Emirates and Kuwait.

The fallout will be felt in Syria, Iraq, Lebanon, Yemen and by Europeans who hope the wave of refugees headed for their countries will soon recede.

Iran's leaders need to flex their muscles, as well. Iran's supreme leader must maintain the confidence of hardliners who hate the nuclear deal, fear that an economic opening will allow Western cultural influences to infect the Islamic Republic and want to dominate next month's parliamentary election. He must also persuade Shiite allies in the region that Tehran means to lead, not to shrink from Saudi provocations.

That said, both sides have strong reasons to avoid war. The Saudis know the cost of direct conflict with Iran would be devastating at exactly the wrong moment for the Saudi economy, and the near-term benefits of higher oil prices would do little to strengthen its untested Sunni military, particularly because war could make it impossible for the Saudis to export their product. Losing a war with Iran would put the regime's survival at stake.

For their part, Iran's leaders know they're just weeks from the lifting of sanctions that would unfreeze tens of billions of dollars in assets and allow Iran to pump hundreds of thousands more barrels of oil per day by the middle of this year. Given American and European commitment to the nuclear deal, only an all-out war could halt the lifting of sanctions. This explains why Iranian President Hassan Rouhani denounced the attack on the Saudi embassy and why Ayatollah Ali Khamenei, Iran's supreme leader, has uttered only abstract, if threatening, rhetoric.

In a region where the appearance of weakness never goes unpunished, both Saudi and Iranian leaders have ample reason to take a hardline approach to this fight.

For all these reasons, the current fight will play out not in Saudi Arabia or Iran, but in Syria, Iraq, Lebanon and Yemen. Any hope for a diplomatic breakthrough to end Syria's civil war depends on the willingness of Saudi Arabia and Iran to pressure their proxies to make peace. The current enmity will make that impossible for the foreseeable future. The Saudis will not drop their demand that Syrian President Bashar Assad give up power, and the Iranians (and Russians) won't withdraw their support for him. The Geneva peace process had some momentum; that's over.

In Iraq, progress against the so-called Islamic State will demand that Iraqi Sunnis work with the Shiite-dominated government to roust ISIS fighters from their strongholds. Only an agreement between these groups' Saudi and Iranian sponsors can make that happen. Hopes for sectarian cooperation toward creation of a unity government in Lebanon depend on a similar sort of (now unlikely) compromise. In Yemen, Iran will not renounce support for Houthi rebels, and the Saudis will not stop attacking them.

This is also bad news for Europe. In 2015, more than a million migrants and refugees, most of them from the Middle East and North Africa, managed to cross Europe's borders. In 2016, it's possible that even more will decide their countries have no future and hit the road in hopes of finding peace and prosperity. That will add to pressures now building across Europe for an end to this influx of mostly Muslim migrants, testing Europe's political unity like no other challenge since the Cold War's end. This is clearly a dire development for the migrants themselves and worse for those trapped inside a region that seems unable to escape the whirlpool of violence dragging millions of people under. 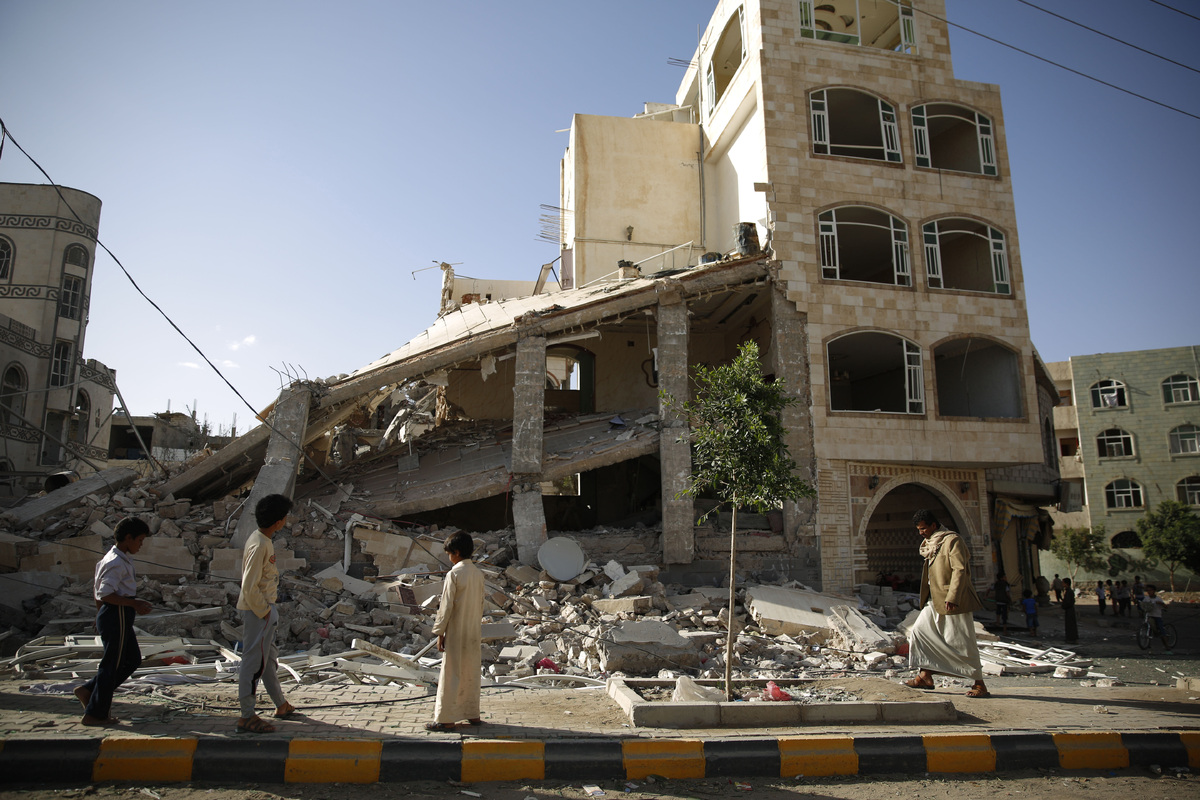