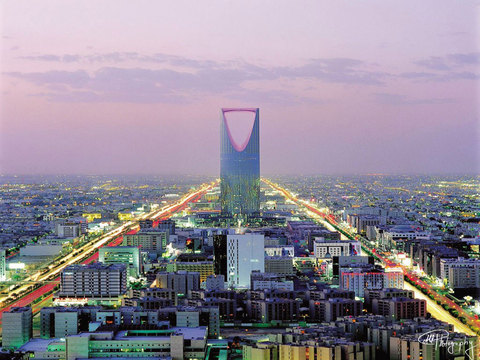 Media coverage of the nuclear talks will often take the opposition of Israel, Saudi Arabia and Gulf States to Iran nuclear diplomacy as a given. It's an easy way to boil things down into a "he said, she said" tale of two opposing sides.

For the deal's opponents in Congress, it provides a group of worried allies to take up the mantle for. Congressional critics, as well as Republican presidential hopefuls, have blasted the deal based on this frame. Wisconsin Gov. Scott Walker took this tack arguing, "President Obama's deal ... risks provoking a nuclear arms race in the most volatile region of the world, one that threatens the survival of our closest regional ally Israel and our key Arab partners."

But recent events have pulled the rug out from that narrative. In a phone call with President Obama after the framework was announced, Saudi Arabia's recently enthroned King Salman was conciliatory in his remarks, saying he hoped for a final deal that would "reinforce the stability and security of the region and the world."

The Saudi cabinet reinforced that viewpoint today in a statement that "welcomed" the agreement. The statement goes on to say that Saudi Arabia seeks a Middle East free of all weapons of mass destruction -- clearly referring to Israel's unacknowledged nuclear weapons stockpile. Meanwhile, business leaders in the United Arab Emirates greeted the news of the framework with optimism. Stock prices on the Dubai Financial Market shot up.

These facts don't only undermine the narrative of regional opposition. They put the lie to the notion that a nuclear deal automatically creates an incentive for neighboring states to build their own weapons. Fawaz A. Gerges, professor of Middle Eastern politics at the London School of Economics, told the Washington Post Iran's nuclear programs make the Gulf states anxious but said "I doubt very much whether Saudi Arabia or the United Arab Emirates would go nuclear. It would be a costly and risky option."

As long as there are civilian nuclear programs in the region there is the danger of nuclear proliferation. But a comprehensive agreement that effectively and verifiably constrains Iran's nuclear programs could have a positive effect on neighboring countries. As one administration official told the Daily Beast:

The logical response by any of Iran's neighbors to an agreement that severely restricted Iran's program to the point that we have confidence they would never pursue nuclear weapons, the logical response is not to build up a proto-military capability in enrichment, it's rather to go in the opposite direction.

It's not just the Gulf States. The framework announcement got a better than expected reception in Israel as well. At this point, you'd have to live under a rock not to know that Bibi Netanyahu just hates nuclear diplomacy with Iran. But people may be less familiar with what other Israelis are saying.

In an editorial today titled "Obama was right, Iran capitulated", former Mossad (Israeli intelligence) chief Efraim Halevy praised the specifics of the framework saying no one who has followed the issue would have "believed Iran would ever agree to discuss these issues, let alone agree to each of the" restrictive provisions of the framework. He slams Netanyahu for his kneejerk opposition and argues that Israel should instead focus on making sure the final agreement is strong. He even cautioned against Israeli lobbying of Congress:

You can't have your cake and eat it too; you can't conduct an all-out war against the president to thwart his historic achievement and, in the same breath, hold talks with him to improve the product. Moreover, taking the fight to Congress would require deeper Israeli intervention in the approaching elections in the United States.

Other members of the Israeli security establishment concur. Amos Yadlin, an Israeli general and former head of military intelligence, also expressed cautious optimism about the deal:

There's no reason for panic. Israel's fate has not been sealed, our freedom is not in danger and all in all, we're talking about an agreement with quite a few achievements.

Israel's press also gave positive reviews to the framework announcement. In Haaretz, diplomacy reporter Barak Ravid wrote that Israeli officials would be surprised by how strong the agreement is even though they might never admit it:

Israel will have a hard time fighting this agreement, or portraying it as bad. One of the reasons for this is that it's clear to anyone that reads the agreement will understand that if Iran indeed upholds it, the threat of an Iranian nuclear weapon will be severely reduced over the next two decades, at least. Also, it is now clear that the military strike that Netanyahu was pushing for will not be able to achieve the same things as the agreement. It's doubtful if Netanyahu, who tried to enlist Congress' support against the agreement, will be able to find 13 Democratic senators who would vote against Obama.

Ron Ben-Yishal, a veteran Israeli war and military affairs correspondent, heralded the framework as a "better deal than we expected." He too points out that the military option that John McCain recently invited Israel to take would, unlike the peaceful agreement, do little to prevent a nuclear Iran:

We could not have achieved a better outcome even if Israel, the United States, and other countries had carried out military strikes on the nuclear sites in Iran. Even if the attack had been successful, the delay caused to the Iranian nuclear weapon program would have been shorter than 10 years.

Needless to say, the regional politics around the Iran deal will remain thorny. The U.S. will have to engage in careful diplomacy to navigate the anxiousness that some in the region are experiencing about a partial détente with Iran. The U.S. should also avoid its tendency to sweeten the pot with military support and instead win hearts and minds through cultural exchange, public diplomacy and economic aid. Parallel to the politics of the deal, there is an urgent need for diplomatic solutions to regional conflicts such as the fighting in Yemen, the stalemate over Syria and the Palestinian question.

An agreement on nuclear issues won't be a panacea that makes Iran and the U.S. the best of geopolitical buddies. But neither is it an obstacle for regional diplomacy and peacemaking. Quite the contrary.