Is the Democratic Party really a party of peace? Not according to satirist Dennis Perrin. In his latest book, Savage Mules: The Democrats and Endless War, he writes that the Democratic party has long been a party of war. Perrin, a former joke writer for Bill Maher, offers curt revelations about Democratic Party idols such as Woodrow Wilson, Franklin Delano Roosevelt, John F. Kennedy, Jimmy Carter, and Bill Clinton. He shatters the myths associated with past Democratic Presidents, their stubborn attachment to war, and a party unable to stand up for the ideals they claim to stand for. He ends the book with a humorous account of last year's Netroots Nation conference and the idea that politics will change for the better, if we only elect more Democrats. OffTheBus caught up with Perrin to discuss his new book, his perceptions of the Democratic Party, and alternatives to bringing about social change. 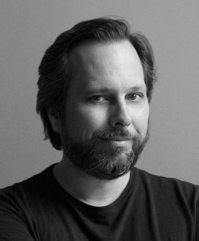 OTB: You begin your book with the following: "We're not inflicting pain on these fuckers. When people kill us, they should be killed in greater numbers. I believe in killing in great numbers. I believe in killing people who try to hurt you. And I can't believe we're being pushed around by these two-bit pricks." That was Bill Clinton reviewing his options in Somalia in 1993. To me, that was one of the more shocking aspects of your book. Was there a lot of similarly shocking material you cam across as were researching the book?

Dennis Perrin: I don't know if shocking is the word. I was pre-conditioned to not being surprised by it. I knew a lot about the Democratic Party history in the 20th century. But when I read about the 19th century Democrats, I only knew so much about them. When you go beyond Andrew Jackson and the "Trail of Tears," you find the Democrats were the leading American Indian killers of the 19th century. It began as a war party. It hasn't changed. Later on there were anti-war and social justice movements that came up through the Democratic Party, or at least were co-opted by them, but that never defined the party itself. The party began in war and is still very much involved in war.

You do a good job in breaking down the myths associated with the Democratic Presidents. Barack Obama is drawing people like a magnet and people keep comparing him to JFK. How does Obama compare to JFK?

There still seem to be people who think JFK was going to pull out of Vietnam. They're isn't any serious evidence of that. There was talk about withdrawing troops from South Vietnam, but it was contingent on what they considered success in Vietnam. The idea that JFK was going to unilaterally pull U.S. troops out of South Vietnam is antithetical to the actual history. Maybe he would have eventually pulled the troops out, but there is no indication of that. Keep in mind, JFK also ushered in the modern death squad state in Central America through the Alliance for Progress in reaction to the Cuban Revolution, among other things. In a sense, Obama is like JFK. only he is saving his militaristic rhetoric for Afghanistan and Pakistan. The idea that he will pull completely out of Iraq, well, I'll believe that when I see it. I can't believe he is going to go in and unilaterally pull the troops out after all this money and blood that went in and out of Iraq, that he's just going to call it quits. Maybe I'm wrong. But look at FISA. He fully expects to be elected as he wants to have all the power that goes with that. I don't know of any newly elected president who came in and diminished his [own] power.

It's clear a lot of American elites want Obama to be the president because he'll play the same role that Cater and Clinton played before him: arriving after an era of Republican excess. He'll come in and be the uniter and supposedly bring the country back together again. It's an ongoing cycle and he's the latest version of that. The problem is that most liberals will go along with it like they did with Bill Clinton. But let's say Obama expands the war in Afghanistan or bombs Pakistan or Iran, will we see a significant liberal protest? I doubt it.

What would you say are the biggest roadblocks for the Democratic Party preventing it from embracing or enacting at least real liberal-progressive policy or reform? You mentioned the corporate elite.

It's just the reality of our situation. There is no place in the current economic political make-up of the United States for a true peoples Democratic Party. This is one of my main arguments with liberal bloggers. They seem to think electing better Democrats is the answer. It may make a difference in small ways, but I just don't see the Democrats being reformable at all. It's impossible under the current conditions.

You wrote about your experience at Netroots Nation. What was revealing to me in your book was the line "I thought the whole point to blogging was to democratize political expression." Can you elaborate?

Of course blogs could have a tremendous effect, but that has to come from within the minds of the people blogging... [bloggers would have ] to think beyond the boundaries given to them and that's just not happening. They're using a narrow form and existing corporate parties to try to effect change. That's impossible. So when I see Netroots Nation and online activism, it's primarily the domain of white college-educated people. Working class poor people are not part of the Internet conversation. I talk about that in the book. If I mention Daily Kos or Atriosto them, they wouldn't know what I'm talking about. That's how far removed it is.

I'm not saying there aren't possibilities. I don't think what we can see what this technology can do. We're still in the silent film stage of the Internet. We haven't gotten to techni-color or wide-screen yet.

I have never ruled out serious political and social change. It's possible, but what I've experienced it's going to have to go through a different avenue. Voting for better Democrats just gets us more Democrats. All it does is keep the system in place. What should we replace it with? I don't know, but to know what that will look like [ahead of time] is insane. The whole process of social change is that you don't know how it's going to end. All you know is what your hopes and desires are in the present, and you build towards something. There will be plenty of defeats and roadblocks along the way, but you have to experiment, not get demoralized, not give up, and simply hope that Obama will change it for you. You have to see beyond the immediate structure. As they say, "no guts, no glory."

Check out Dennis Perrin at www.dennisperrin.blogspot.com