We've had a pretty healthy relayshe with "Happy Endings" from the start, and the thought of ABC cancelling this epically quotable show frankly really sooks. We still have faith that ABC will give the show another season and the timeslot it deserves (and once thrived in). And if not, here's hoping some other network will let. them. dance.

If you love the show, then you've probably been begging for more, too -- for a fourth season and beyond -- but even if you're uninitiated in the ways of Alex (Elisha Cuthbert), Dave (Zach Knighton), Jane (Eliza Coupe), Brad (Damon Wayans Jr.), Penny (Casey Wilson) and Max (Adam Pally), you can still appreciate the below list of reasons the show is a hilarious gem worth saving.

Without further ado, enjoy our 32 reasons "Happy Endings" is ah-mah-zing, and please share your own favorite lines, moments and episodes in the comments.

2. Is there any other show that could get away with a racist parrot? (RIP, Tyler.)

3. Brad and Jane are the kinkiest (and most adorable) married couple on TV.

4. Their brand of funny is deserving of the auto-tune treatment.

6. They often say what we're all thinking and doing but would never admit.

7. The writing is as sharp as the actors' ability to speed-talk. 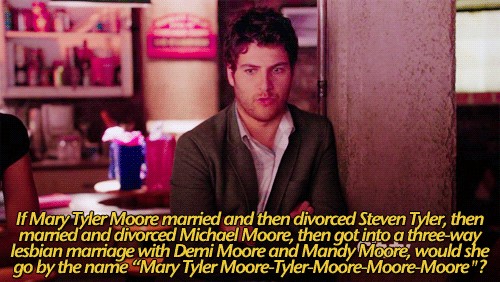 8. The show has given us so many epic Halloween costume ideas -- including Hibernating Bear Max, which wasn't even in a Halloween episode.

9. The cast is just as fun in interviews as they are on screen. [Warning: slightly NSFW]

12. Critics -- including The Huffington Post's own Maureen Ryan -- are 100 percent on board with loving and obsessing over the show.

13. Ryan also used the show as a lens to look at issues with network TV comedies as a whole here.
An excerpt:

The show is adored by its fans, saddled with a checkered ratings history that earned it an iffy Friday night slot and it may be on its way to a new cable home, and thus it's something of a poster child for the state of half-hour comedies on the Big Four networks. As television transitions to whatever's next with all the grace of the show's resident klutz, Penny (Casey Wilson), it's worth looking at what the ABC program may tell us about where the half-hour show is going -- and whether, as happened with one-hour dramas over the last decade, comedy's center of gravity is shifting to cable.

16. And their lost season of "The Real World" in Sacramento.

19. Hip-Hop Santa might be one of the best holiday moments in recent TV history.

20. They really commit to their comedy.

23. And then commit some more.

25. Max is one of the most realistic -- and most modern -- gay characters on TV.
We've been saying it from the very beginning.

26. And they don't mind being self-referential about it. 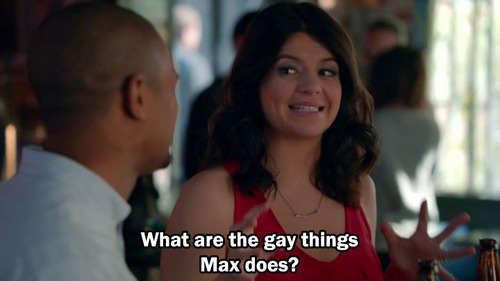 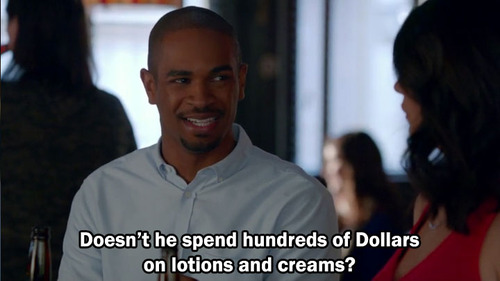 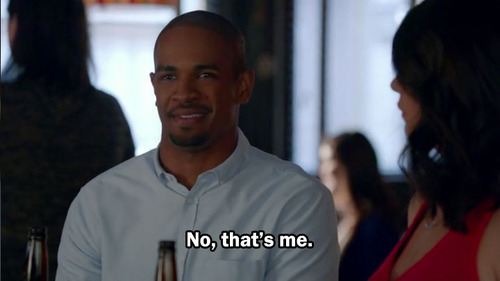 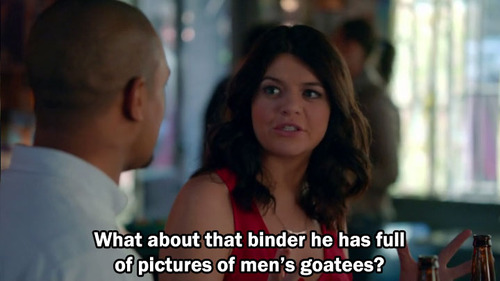 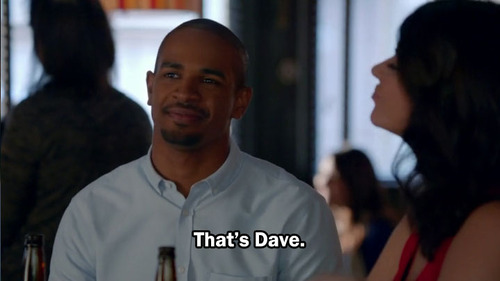 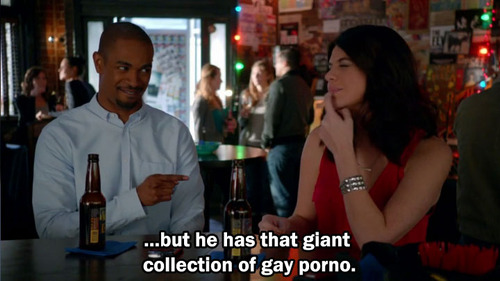 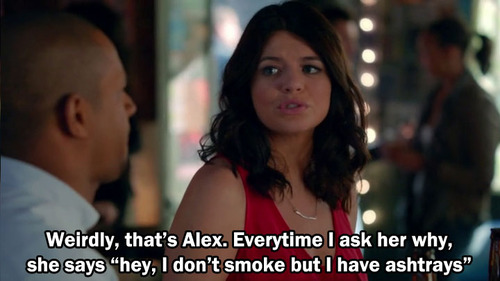 [via long afloat on shipless oceans]

28. They're masters at self-deprecation.

29. Body swapping is never not funny.
[via tvdotcom]

31. This fan-made blooper reel proves that the cast genuinely has fun together.

32. If these opening credits don't make you happy, nothing will ... Seriously, we can't imagine our weeks without them.

Now tell us: What are some of your favorite "Happy Endings"-isms?

The two-episode Season 3 finale of "Happy Endings" kicks off Friday, May 3 at 8 p.m. ET on ABC.