If you're a human being who goes on the internet or wanders outdoors from time to time, you know this is a precarious time for planet Earth. While often the message is delivered in the forms of alarming headlines or dire infographics, we rarely see a call for conservation that looks as beautiful as this: 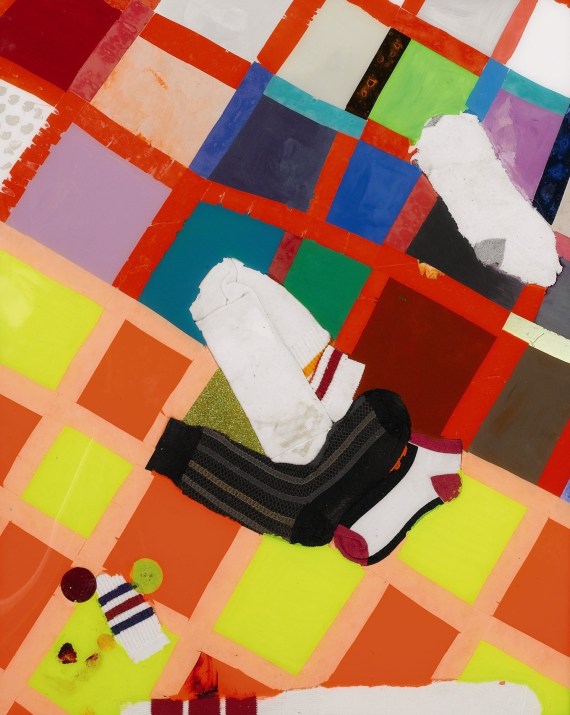 This colorful abstract image isn't your typical illustration of consumption and waste, but the mixed media assemblage of reused materials certainly strikes a chord. It offers no scolding, no morals, no parting principles. But something about the image sticks -- a suggestion of waste's beauty, of its potential and ours.

The work is just one of the pieces on view in Sotheby’s New York S|2 Gallery's "Save it for Later," an exhibition featuring artists exploring the role of garbage in America’s disposable economy. From Brian Belott's playful yet foreboding geometric grids to Hanna Sandin's minimalist and fragile metallic mobile, the selected works fold in discarded materials with subtlety and purpose. Curated by Ryan Steadman and Nicholas Cinque, "Save it for Later" attempts to offer up a radical way of understanding consumption -- rejecting black and white notions of good and bad for something far more colorful.

"I think the very real presence of climate change is on everyone's mind right now -- how could it not be?" Steadman explained to The Huffington Post in an email. "And the ongoing stories about the Pacific Garbage Patch and other similar debris stories are really showing us how radically our world has changed just over the last 50 years. I have also been noticing during studio visits the growing propensity of artists recycling materials within their work, not to comment directly on the environment, but simply because of the sheer prominence of refuse." 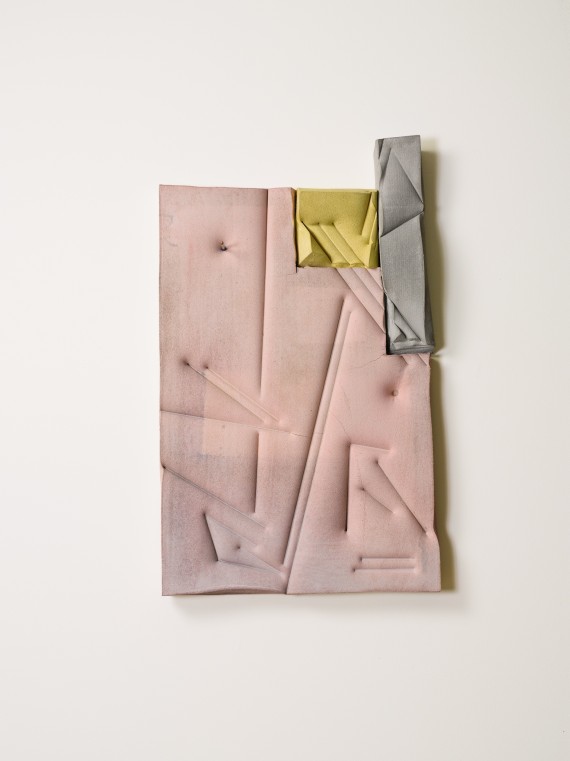 Featuring only emerging, Brooklyn-based artists, the green exhibition isn't what normally comes to mind when one thinks of the auction powerhouse that is Sotheby's. Then again, the images on view aren't what one would normally associate with environmental artworks. There's little reference of the earth itself, there's no slap on the wrist. The artists instead deliver something wonderfully nondidactic, allowing viewers to come to their own conclusions.

"Since the emergence of the Abstract Expressionist movement, New York City has generally been a center of abstract thought in visual art, whether you are talking about non-representational, conceptual or process-based work," Steadman continued. "Therefore, most of my colleagues are interested in abstraction, and this show's concept is more about how the artist's environment affects their work, not so much how an artist might discuss the current environment via their work."

It's a subtle shift, and a hugely important one. While it's more than overwhelming to think of climate change as a whole, a worldwide epidemic so out of our individual grasp, the following pieces cast light on the small gems our consumptive culture leaves behind. In every lost sock, in every disjointed window frame, there's a chance to take something discarded and breathe life into it once again. At the very least, they'll make you want to gaze at the innards of your trash can for a while.

"I think my goal for this exhibition, and any exhibition I do, is to show people that artworks do relate to the conditions that affect all of us daily. I want to explain why these artworks are unique to this time in history, but also to help demystify abstract or conceptual approaches."

Abstract artwork is sometimes misinterpreted as being flatly indiscernible, when in fact it's often simply enchanting and destabilizing, requiring a moment of contemplation from the viewer. This exhibition seeks not only to demystify abstract art, then, but also consumption, a term that, despite its looming unwieldy aura, can be combatted in the comforts of your home, and in the confines of your humble garbage bin.