By Thomas Franta and Nina Rees

On Friday at 4 p.m., right before the long weekend, we received some shocking news. The Washington State Supreme Court ruled that the charter school law in the state is unconstitutional. In other words, the Court has turned its back on the tens of thousands of students in the state who need more high-quality public school options.

The court's decision is based on a century-old precedent that said charter schools cannot receive "common school" public funds because they are not overseen by an elected school board. The timing of this decision is unconscionable. The case was argued almost a year ago but the Court waited to issue its ruling until just days after 9 schools opened their doors to 1,200 excited students and their proud families. 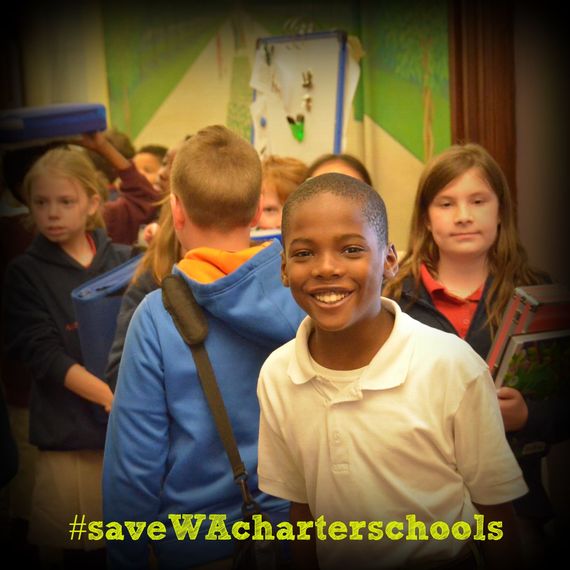 It is unimaginable that public charter schools, which are legal in every state where the question of constitutionality has ever been raised, are now being deemed unconstitutional in Washington. In state after state, supreme courts have determined that charter schools are valid and part of the system of public schools states offer.

We need the state legislature to quickly come up with a solid remedy to ensure these families continue to have access to the public schools they have chosen for their students. For the sake of the 1,200 students who are wondering whether their school will remain open, we desperately hope they will.

Nationwide, more than 1 million names are on charter school wait lists because charter schools have proven successful, particularly for those students who traditionally have had few options. Washington State's students deserve these same educational opportunities. It is very troubling that this Court has decided to deny them these options.

Washington's charter schools all plan to open their doors on Tuesday for their students, as we pursue legal and political remedies. But this shouldn't shock anyone: dedicated school leaders and teachers, like Adel Sefriouri of Excel Public Charter Schools in Kent and Brenda McDonald of Pride Prep School of Technology and Science in Spokane are putting students first. We hope the legislature will do the same.

Thomas Franta is the CEO at Washington State Charter Schools Association and Nina Rees is the president and CEO of the National Alliance for Public Charter Schools.