What if you could quit your job and travel the world? If it sounds crazy, that's because it kind of is. But it is also something that more and more Americans are doing as they grow tired of the daily grind and decide to ditch everything to travel instead. That is exactly what I did two years ago, quitting a fundraising job at a law school in Chicago to spend a year traveling and volunteering throughout the former Soviet Union. My trip didn't happen overnight, though; I spent nearly two years planning, budgeting and saving to make the dream a reality.

At first glance, it may seem close to impossible to save enough money to travel for an extended period of time, but it can be easier than you think if you are willing to make some short-term sacrifices with an eye toward your long-term goal. Start by re-evaluating your priorities. Do you really need cable TV? Can you take public transportation instead of driving a car? Can you get together with friends at someone's home instead of at a bar or restaurant? Those three beers you're having on Friday night could buy you a night in a hostel. That monthly car payment could get you a month in a nice apartment in Thailand. As I prepared for my trip, I scaled back to basic cable, cut back on nights out with friends, brought my lunch to work instead of eating out and tracked every single dime I spent. I also gave myself a pay cut, setting up direct deposit of a portion of my paycheck into a savings account that was off-limits.

For many people, reducing spending won't be enough; you will need to find ways to earn extra money as well. I started by selling my belongings, including all of my furniture and a variety of books, movies and other odds and ends I accumulated over the years. Not only did that bring in some cash, it saved me the expense of moving everything into storage when I left. I also picked up some freelance work, participated in a couple paid focus groups and found a roommate for a few months. While I wasn't planning to work during my trip, I ended up doing part-time editorial work for a website which allowed me to extend my original 10-month trip to 13 months. If you are open to working as you travel, there are a lot of possibilities; teaching English, working at a hostel, bartending, waitressing, working on a cruise ship and house-sitting are all great options. 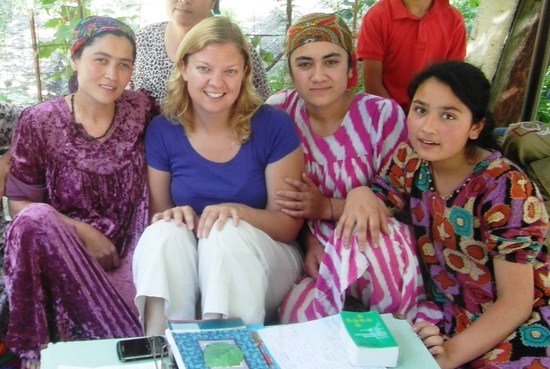 More than anything, it is important to realize that long-term travel doesn't have to be expensive. Unlike a short-term vacation when you still have to deal with expenses back home, most of those bills disappear when you travel long-term. I couldn't sell my condominium, so I found a tenant, with the rent covering my mortgage expense. I cancelled my cell phone contract since it would be useless overseas. Likewise with the internet, cable, gas and electric bills. My only monthly expense while I was traveling was worldwide medical insurance, for about $250 per month.

Finally, keep in mind that the cost of living in regions like Southeast Asia or Central America is significantly less than in the United States, so your dollars can stretch a lot further. Rather than staying in a hotel every night, rent an apartment for a few weeks, stay in a hostel or try CouchSurfing to save on accommodations. By traveling slow, exploring each destination for several weeks or more, you will save on transportation and by traveling overland rather than flying, you will slash your costs even more. I spent a total of $28,000 over 13 months, but many travelers spend much less - as little as $15-$18,000 for a year.

No matter what your financial situation is right now, saving up to travel (or pursue any other dream) is entirely possible. It could take a year or it could take five years, but you can make it happen.