Nearly a dozen states believe they’ve found a way to encourage people to save more money—and have fun doing it.  And the idea costs not a dime in state funds.

Four states—Michigan, Nebraska, North Carolina and Washington—now allow credit unions to offer cash prizes as an incentive to encourage people to save more. Five other states—Connecticut, Indiana, Maine, Maryland and Rhode Island—have enacted laws clearing the way for prize-linked savings, and in New York a bill is awaiting Democratic Gov. Andrew Cuomo’s signature. Similar measures were introduced in Arkansas last year and in Oregon this year.

People know they should save more money, but nearly half of all U.S. households are “liquid asset poor,” meaning they have less than a three-month cushion of savings, or $5,887 for a family of four, according to the 2014 Assets & Opportunity Scorecard, published by the Corporation for Enterprise Development, a nonprofit organization that works to expand economic opportunity

By opening a 12-month share certificate with as little as $25—far less than the minimum for most bank certificates of deposit—participants in prize-linked savings programs earn an entry into that month’s drawing and become eligible for a yearly grand prize. For each $25 added to the account (up to 10 deposits per month), a participant earns another entry. Savers are allowed to withdraw money before the end of the 12 months, but to do so they typically have to pay a $25 fee.

Since 2009, thousands of people have won prizes ranging from $15 monthly payouts to a $100,000 grand prize in Michigan in 2012. Michigan credit unions have since changed the rules, and now award six $10,000 grand prizes a year instead of single annual prize. Credit unions in other states also top out at $10,000.

“Most of the things we do in the legislature are so abstract, and it’s hard to see the benefits,” said Nebraska state Sen. Amanda McGill, a Democrat. “But this really gets people happy and engaged, and they are saving.”

In 2011, McGill introduced the bill allowing credit unions in Nebraska to offer “Save to Win” raffle promotions. The program has been called the “no-lose lottery,” because even savers who don’t win prizes keep their principal—and earn interest.

Indiana Rep. Gail Riecken, a Democrat, said her eyes opened to the need for prize-linked savings when she talked to a friend who has so little money saved he’s forced to turn to high-interest commercial loans when he has an emergency expense, such as a car repair.

“We in the legislature want to discourage high-interest loans and pay-day lenders, but (he) didn’t have other options. He needed that loan. Now, he’ll be able to save a little here and there,” she said. Her bill to allow Indiana credit unions to offer prizes for savings was enacted this spring.

Credit unions pick up the cost of running the program and the prizes; no state funds are involved.

“It’s not a government program. It’s not a safety-net program. The only role for the states is to allow the credit unions to do it,” said Qiana Flores of the National Conference of State Legislatures.

The concept of rewarding savers with prizes has been around for hundreds of years, but it has taken off slowly in the U.S. One reason, proponents say, is that it sounds like gambling, even though participants are not in danger of losing any of their own money.

Saving traditionally has had all “the appeal of eating your vegetables or going to the dentist,” said Timothy Flacke, executive director of the Doorways to Dreams Fund (D2D), a Massachusetts nonprofit that developed the Save to Win program. “There’s no sense of fun.”

But people love the idea of striking it rich. Americans spent $63 billion on lottery tickets last year. A 2006 survey by the Consumer Federation of America found that 21 percent of all Americans and 38 percent of those with income below $25,000 thought that winning the lottery was the most practical way to accumulate several hundred thousand dollars.

“Prize-linked savings bring an aspect of chance and excitement that may attract people more than a comparable interest rate,” said Clinton Key of the Pew Charitable Trusts, which has researched the issue. (Pew funds Stateline). “People are more motivated by the small chance of a big prize.”

Credit unions in Michigan offered the first Save to Win raffles in 2009. Since then, savers around the country have opened 50,000 unique accounts and saved $94 million, D2D’s Flacke said.

Save to Win is the brand name of D2D’s product, which is marketed to credit union associations by CU Solutions Group, the for-profit side of the Michigan Credit Union League.

“We’ve always promoted this as it’s not intended to make a huge profit for credit unions – but to teach people to save,” said Jessica Demorest, project manager for the Save to Win program at CU Solutions.  “It can be a difficult sell at some point. We say, `This is not going to make your credit union a ton of money.’”

Federal taxpayers can also put their refunds directly into savings bonds. In California, Maryland and Hawaii, state taxpayers may split their refunds between accounts, making it easier to allocate some to spending and some to savings.

“The challenge is getting people to understand it,” said Oregon state Rep. John Davis, a Republican, who has proposed a bill that would allow savings tickets to be sold alongside lottery tickets in his state.  “It’s hard for people to wrap their heads around the concept that prize-linked game like a lottery can help people save.”

Forty-three states and the District of Columbia have lotteries, but none yet offers no-lose savings tickets as a lottery alternative. To implement it, some barriers would have to be overcome. For example, a person buying a savings ticket would have to register the ticket and link it to his or her individual account, requiring paperwork either in person, online or via mail or text messaging. Some retailers are worried about the time it would take.

“Savings tickets are a more complicated model to explain,” said Joanna Smith-Ramani of D2D.  “The lottery is a very sophisticated network. Can we give it another job?”

States or nonprofits do have to pony up for Assets for Independence, the major federal program that helps low- and moderate-income people save. The $19 million program matches savings up to $2,000 per person in Individual Development Accounts for specific purposes and duration: a home, education or to start or expand a business. Participants must qualify for Temporary Assistance for Needy Families (TANF) or meet income and asset limits. Participants receive financial education as part of the program.

Since the program began in 1999, about 84,000 people have opened accounts and 36,000 have used the accounts for purchases, according to the U.S. Department of Health and Human Services.

Forty states, the District of Columbia and Puerto Rico have created IDA programs, but only 16 states are currently funding them, according to Jennifer Medina, state and local policy manager at the Corporation for Enterprise Development.

Another strategy states use to spur low-income people save is to raise or eliminate the asset limits for benefit programs. Three dozen states have eliminated the limits for the Supplemental Nutrition Assistance Program (SNAP), formerly known as food stamps. Eight have scrapped the limit for Temporary Assistance to Needy Families (TANF).

“We believe having an asset limit discourages people from being able to save,” Medina said. “The message behind lifting the asset limits is that we’re not going to penalize you if you save.” 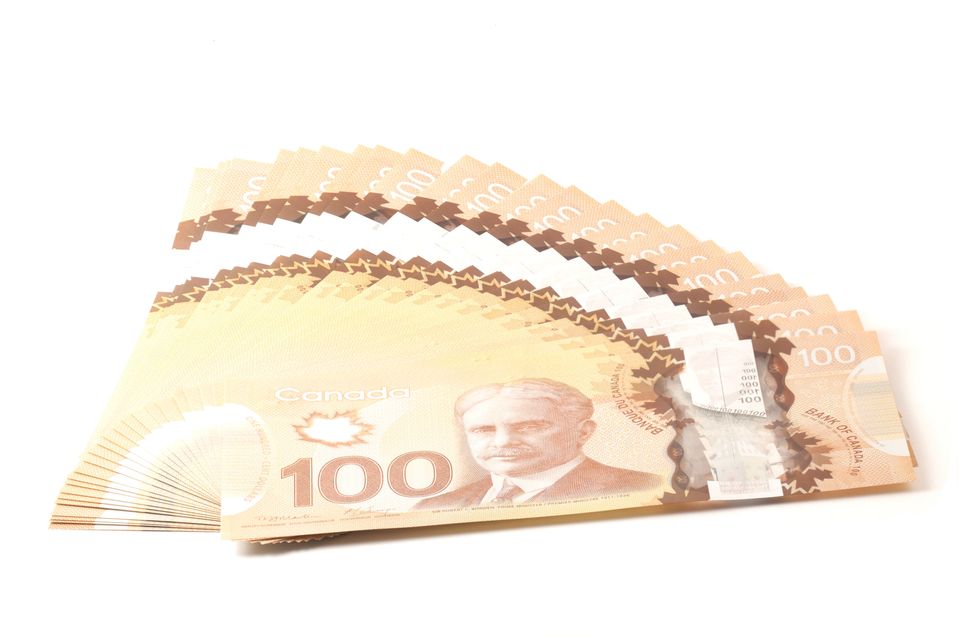 1 / 10
Take The $100 Challenge
Start saving your bills now (yes, right at this very moment) and once you have $100, go to the bank and ask for a $100 bill. Take this bill and tuck it deep into the back of your wallet. What's the point of this? Once you walk around with this bill, you're probably less likely to blow it on something. A lot of stores won't accept your bill for coffee or lunch anyways — you're welcome in advance.
Shutterstock