An international environmental conference held this week in Amman, Jordan, was a rare attempt by Israelis, Palestinians and Jordanians to work together to solve some of the region's ecological problems.

Representatives of the three neighboring authorities - politicians, environmental experts and activists - met for a four day convention, under the title - Bringing the Jordan River Back to Life: Strategies for Rehabilitation Conference (organized by "Friends of the Earth Middle East" - FoEME).

The Jordan River (who some believe is sacred) is in danger of drying out. Anyone who has visited it recently would agree that calling it a river is quiet an exaggeration. Today - and especially in the summer months - it looks at its best parts like a shallow stream, and at its drier spots like a rotten sewer.

A FoEME study - published this week during the Amman conference - presented a few telling facts about the current state of the Jordan Valley eco system:

•Over 98% of the historic flow of the Jordan River is diverted by Israel, Syria and Jordan for domestic and agricultural uses.
•Long stretches of the Jordan River are expected to be completely dry unless urgent action is taken by the parties to return fresh water to the river.
•The Jordan River requires 400 million cubic meters (mcm) annually - to be expanded to 600 mcm over time - for the river to function as a healthy ecosystem.

The Jordan River is the main water supplier of the Dead Sea. As the draining of the Jordan River grows, the amount of water spilling into the Dead Sea is becoming smaller every passing year. The Dead Sea is the lowest place on earth and second saltiest lake in the world, and In the past few decades it has been rapidly declining. 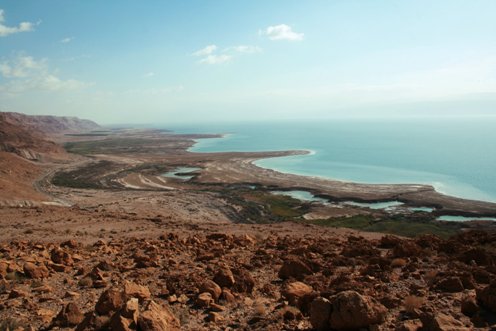 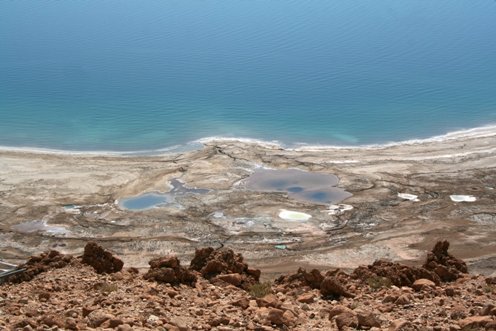 A few months ago, I prepared a video report - for VJM - about the changes the Dead Sea's eco system has been going through. Shooting this report I visited an area on the coast of Dead Sea which is full of sinkholes. Basically, wherever the water draws back - sinkholes appear. In the past few years several people have been injured falling into Dead Sea sinkholes.

The bottom line of this report is that a solution to this environmental disaster depends on the ability of the surrounding countries to cooperate. This report was shot before the environmental conference that was held in Amman. Hopefully, the gathering this week would end up being marked as a turning point for environmental cooperation in the Middle East.

Human consumption on the Jordan River is not likely to slow down, but maybe if Israel, Jordan and the Palestinian Authority work together they can find a sustainable solution that will rehabilitate the Jordan Valley. 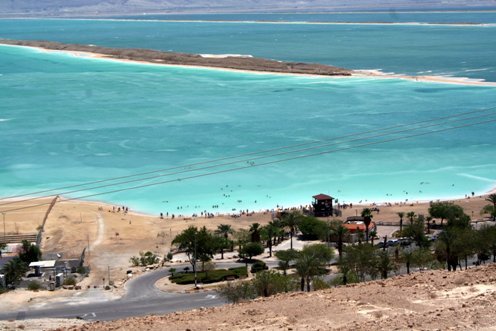