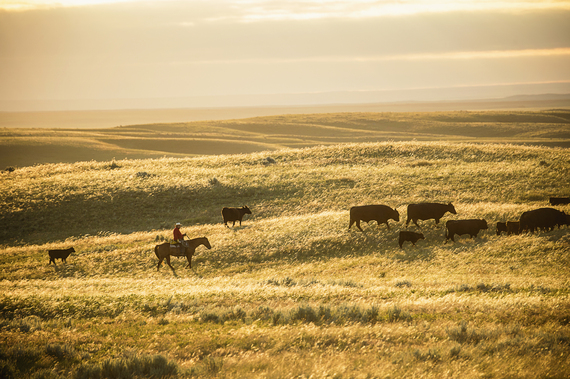 In the second episode of the new PBS series, EARTH: A New Wild, which debuts on PBS tonight, we learn about radical new ideas for restoring the planet's iconic grasslands.

It may seem counterintuitive, but adding more grazing animals to damaged grasslands can restore the land to health. In tonight's episode, my former colleague Sanjayan visits the African plains, the Russian saiga, the Arctic tundra and the North American prairie to explore this idea.

In each of these places we see that the plains support much more than wildlife. Grasslands are the world's breadbasket. They are where we grow our food and raise our livestock. They protect freshwater resources and regulate our climate by storing carbon dioxide. They provide an increasing number of our pharmaceuticals. And of course they provide habitat for multitudes of plants and animals.

Yet grasslands are the planet's least protected and most altered terrestrial habitat. Intensive agriculture has replaced 41 percent of the world's temperate grasslands and 13.5 percent have been converted to urban, industrial and other uses. Worldwide, only about 5 percent of remaining grasslands are in protected status.

Meanwhile, the threats are only increasing. As the world's population rapidly grows, demands for food, energy and space are putting more pressure on an already threatened landscape.

The good news: it's possible for people and wildlife to thrive side by side on the plains. The key is to work collaboratively with everyone who has a stake in this precious resource, from ranchers to nomadic herdsmen, from energy companies to government policy-makers. 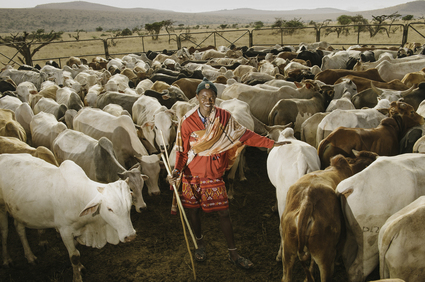 Take ranching, for example. Some might think that raising livestock is incompatible with conservation. That's far from the case. On the plains, it turns out that grazing cattle like the large wild herds that once dominated these landscapes--in large, tightly-knit groups constantly on the move--can help nourish the soil, encourage plant growth and diversity and bring grasslands back to life. From the Great Plains to Kenya to Patagonia, The Nature Conservancy is working with ranchers to implement sustainable grazing techniques like this that benefit both nature and traditional ranching culture.

Grassbanking is another innovative technique benefiting both people and wildlife on the plains. Under these programs, ranchers pay discounted fees to graze their cattle on a communal grassbank in exchange for wildlife-friendly practices on their own operations. The result: better wildlife habitat on private lands, as well as more grass for ranchers' cattle. As Montana rancher Leo Barthelmes says, "We were a little skeptical at first. But it's working for us. It's got ranchers thinking about birds, and conservationists thinking about cattle."

We are now working with traditional pastoralists to adapt the strategy for Kenya. There, grassbanks are reserved for wildlife but can be used as emergency grazing lands for cattle in times of drought. It's a win-win for both people and nature.

Of course grasslands around the world are valued not just for their agricultural and grazing productivity, but also for their rich oil and gas resources. And just as we've seen with ranching, it is possible to balance energy development with the needs of nature.

In places like Mongolia, for example, leaders are looking to The Nature Conservancy for help as they pursue economic development in a sustainable way. As the country transitioned to a capitalist economy in recent decades, global petroleum and mining companies quickly moved in. But Mongolia's leadership was smart. They wanted to balance development with the country's traditional nomadic herding traditions and extraordinary natural heritage--including some of the planet's great remaining grasslands. 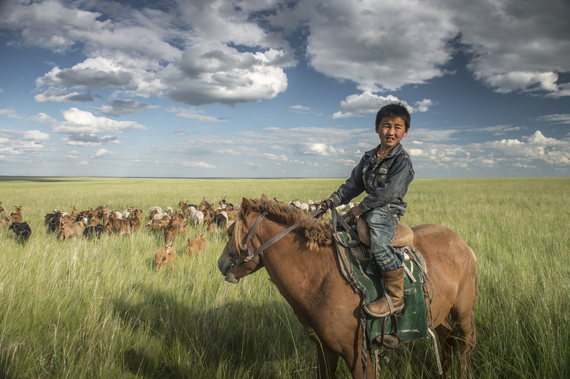 Working with both the national government and with mining companies like Rio Tinto, TNC scientists created a conservation blueprint for the country. The plan is guiding development away from the most sensitive areas, and directing resources to strengthen protection at priority sites. Using smart science and collaboration, we can ensure a sustainable future for both the people and wildlife of Mongolia.

From the nomadic herders of Mongolia to the ranchers of the American West, people depend on healthy grasslands for their lives and livelihoods. Tune in to EARTH: A New Wild and visit TNC's New Hope for a New Wild for more great stories about how humans and wildlife can live together in partnerships that benefit both.