Upon beginning my shift at a wildlife rehabilitation center last week, I encountered what might have been the cutest thing I have ever seen in my life. Inside the gloved hand of the rehab founder was a three-week-old raccoon eating breakfast. The baby, called a kit, looked like a stuffed toy with its disproportioned head and teeny hands gripping the bottle.

It snorted formula from drinking too fast, and I melted. 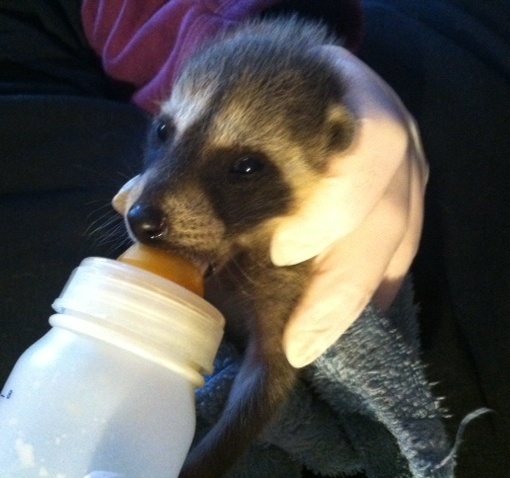 I should have prefaced this post by saying that I'm a relatively new volunteer at my local wildlife rehab center. As a result of my newbie-status, I'm still deeply struck by every story I hear that leads an animal to need care at the center. This particular raccoon situation started with an unfortunate mistake.

A construction worker brought the kit and her sister to the center after hearing their cries from behind a wall. Bless them and their kindheartedness; they broke the wall down, scooped up the babies, and took them straight to the center.

Days prior to their rescue, however, the same workers had seen an adult raccoon near the site during daylight hours. It wasn't acting strangely or aggressively, but it was visible in the daytime, which to them meant it was infected with the rabies virus. The workers alerted animal control, which then trapped the raccoon and dropped her away from the construction site -- and away from her two very young babies.

Many of us grew up being told raccoons definitely have rabies when they are seen during the day. It does make sense to think so, especially because raccoons are considered a "rabies vector species" as one of the primary carriers of the virus in states like New Jersey.

However, a raccoon that's active during the day is not necessarily sick or dangerous. Even though they're technically nocturnal animals, it's not unusual for raccoons to be out in daylight. This is especially true in winter when food is scarce or in spring when they're feeding babies.

So, what can you do to be safe?

In addition to keeping pets' vaccinations up to date, the best preparation is to know what an infected raccoon looks like. A rabid raccoon will exhibit symptoms once the virus has reached its brain, and that's when it can spread the disease. The Humane Society says to look for a staggering gait and erratic wandering, as well as the following signs:

Healthy raccoons also rarely act aggressively toward humans -- with the exception of mothers defending their young. If you see a raccoon showing aggression or any of the above signs, call your local animal control, wildlife rehabilitator or police department. Otherwise, stay away from it. She could just be looking for food for her unbelievably cute babies. 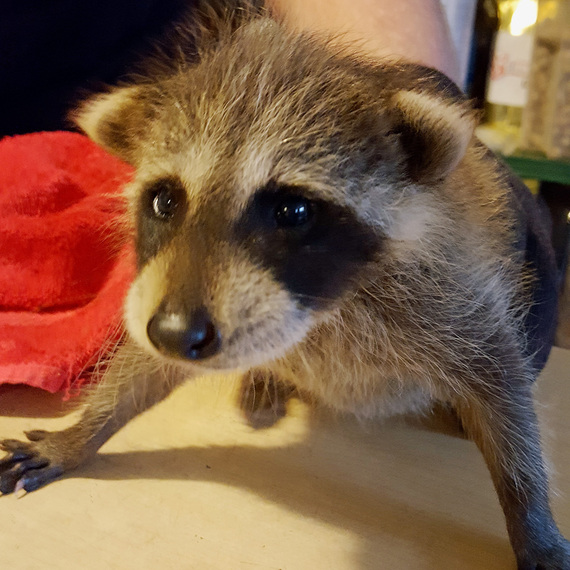