This past week I was reminded of one of the most important lessons in all of life; in order to live life you have to say 'Yes' to it in order to truly live it!

In a period of just under 30 hours I participated in the natural childbirth of my first child, Sabrina, and then flew to my mother's home in Louisiana to assisted my brother and sisters in moving my mother from the hospital where she had been diagnosed terminal. At her request we brought her home, made her comfortable and then sat by her side and watched her take her last breaths.

This article is not about the birth of my first child or even about the death of my mother but about more importantly how to live the time in between. Each of us will have the experience of birth and dying, but unfortunately very few people make the choice to experience and live life between those two significant experiences.

It only takes a bit of observation to see a baby or young child truly living life; highly curious about it and interested in it almost regardless of the consequences. The child more often than not says 'Yes' to the opportunities and experiences of life! They eat bugs and dirt and welcome the rains so they can play in it. As we get older it appears we become more conservative, more reluctant to new experiences, less interested in new things, "set in our ways" and more likely to say 'No' to new experiences and opportunities of life thus causing us to never fully live it.

My twin brother, Gary Cardone and I spent the last 20 years selling, persuading, convincing and even pressuring my aging mother to say 'Yes' to the experiences of life. We pushed her, even against her will, to do things she did not want to ensure she lived life. During her senior years we forced her to do things that she was resistant to and uncomfortable with. We often made her stay out later than she thought herself capable. I remember a trip to Vegas where I kept my mother up all night to the point of her being exhausted just so we could watch the sun come up together. I once made her walk the hilly streets of San Francisco until she thought her lungs would explode. I planted flowers with her long after she complained about her body aching and then insisted she make me dinner. I made her dance with me at my wedding to rap music even though it embarrassed her. I would wait until she got in bed at night and call her just to get her up, and then call her early in the morning just to piss her off.

Many expressed concerns that we pushed my mother too hard, but we thought it better that she die, living life rather than die never experiencing it. It rarely cost any money to create these moments but just some of my time, energy and in many cases a great deal of persistence. Whether it was taking a simple walk through the neighborhood that her exhausted her or going for a drive to look at houses for no reason except to get out the house, we pushed her to say 'Yes' even when her inclination was to say 'No!' I would make her go to Starbucks with me before she even got out of her robe in the morning, promising her that she could just sit in the car, and then once we got there I made her go in with me. We made her go to movies she had no interest in and play games with us until the wee hours of the morning that she didn't even like. I made her try foods that she thought she wouldn't like and took her places she felt uncomfortable.

For the last 20 years she resisted, she complained, and she even got angry at times, but we insisted until she agreed to go along. Because of this my mother accumulated thousands of experiences most people never will and leaves her children with memories we would never had if we hadn't pressed for her to live. And because of these experiences my mother became more than just my mother, but a great friend as well.

In the period of just thirty-six hours I witnessed my daughter's life starting and my mother's life appearing to end -- only to be reminded that it's the time between that determines whether we truly live or not. I only hope that my daughter will punish me in my later years and force me to say yes to experiencing life with her so that I can become more than her father but her great friend as well. Push yourself and those around you to say yes to life! 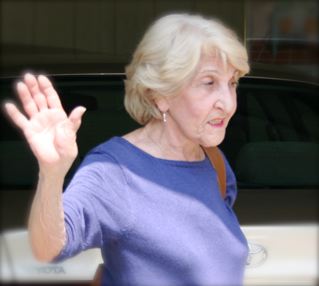