One of my best friend's father is dying and even though she's miles away, I can feel the sorrow behind the funny emails she sends me. Because she doesn't work and her kids are grown, she's had the time to go out and stay with her parents as they've moved through Alzheimer's, strokes and chronic old age. In other words, she has had the great privilege of really being with her parents as they depart this world.

That's not a sarcastic statement. It is a privilege.

My dad died in 2003, and even though I was working (and we had four kids at home), he was close enough that I got to see him a lot. Every Sunday, I'd drive the 30 minutes from Swarthmore to Wilmington with my daughter and spend the evening with Grandpa Tom. We wouldn't do much - just talk and have some tea, play some card games, and hang out together. I might cut my Dad's toenails (my other sister would do anything but that) and slather him up with lotion since his skin got terribly dry after his stroke. Or I'd bring him some new shirts I'd found at the Goodwill. He never wanted me to buy him new clothes because he figured he wouldn't be around long enough to wear them out, but he loved the used shirts I'd find at the Goodwill and got lots of compliments on them. My dad was a handsome guy and he looked good in bright colors that brought out his green eyes - and I knew how to troll for the good stuff. He was always so tickled that his total wardrobe bill was maybe $15. 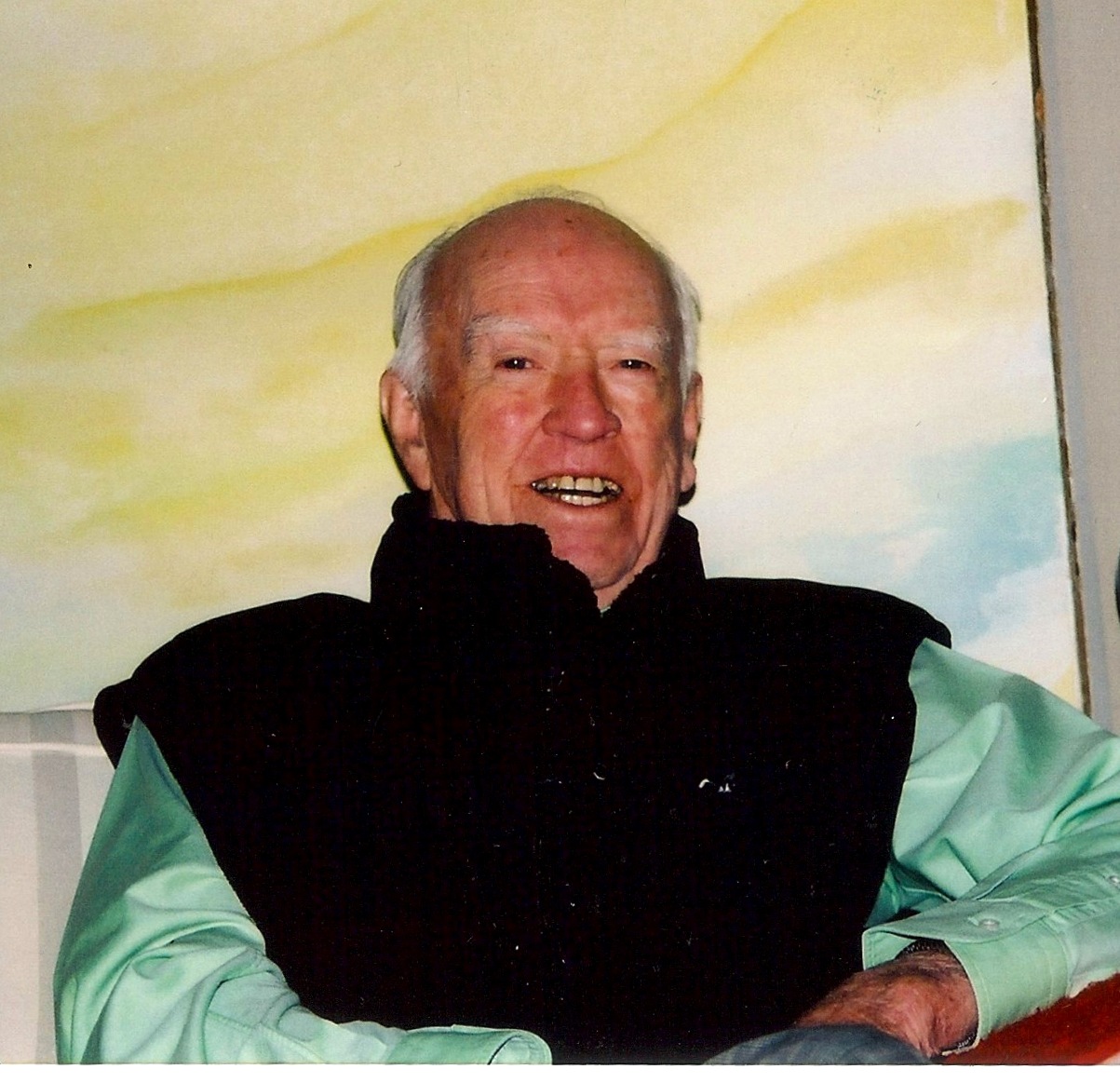 Every once in a while, we'd have a cocktail... if I could talk him into it. For as long as I can remember, my dad had a Manhattan every night -- just one, but always one -- and I loved making them for him. He didn't like expensive booze -- he said if he liked it too much, he'd be too tempted to drink it (peculiar but compelling Irish logic). He bought truly frightening $10 half-gallons of gin that he drank for strictly medicinal purposes and would never let me open the bottle of signed Maker's Mark that he kept on the kitchen counter like a talisman.

He'd gotten that bottle on a recent trip to see my cousin Anne in Kentucky and just the memory of that trip with his favorite brother's only daughter (and her sweet husband Jim), brought back by the red-wax encased bottle, gave him much more pleasure than actually drinking the fancy bourbon.

My dad loved to talk about people he used to know and I liked to ask him about certain things in our past that I wasn't quite sure about. Had my Uncle Mart really almost made it to the Big Leagues as a pitcher? What formulas had my dad been working on all those years at DuPont? And why didn't he and my mom ever fight -- or did they?

Being with a parent who is getting near the end is to experience time slowing down to a lethargic crawl. One afternoon can seem like an eternity -- but then you come to the end of a week and you can't think where the time has gone. There's a lot of sitting around doing nothing in particular -- but to me, that was never boring. You know you won't get another chance to ask these questions. But you also know it takes a whole lot of sitting- around-together-time to get to the answers.

Towards the end of his life last year, my husband's dad used to think he was back in the service during WWII, and Larry would have riveting, deeply revealing conversations with him about the first years of his marriage to Larry's mother, and his relationship with his own parents. Larry would fly up for the weekend and they would sit in the apartment for hours at the dining room table, maybe doing a jigsaw puzzle, and just wander through the tapestry of his life. 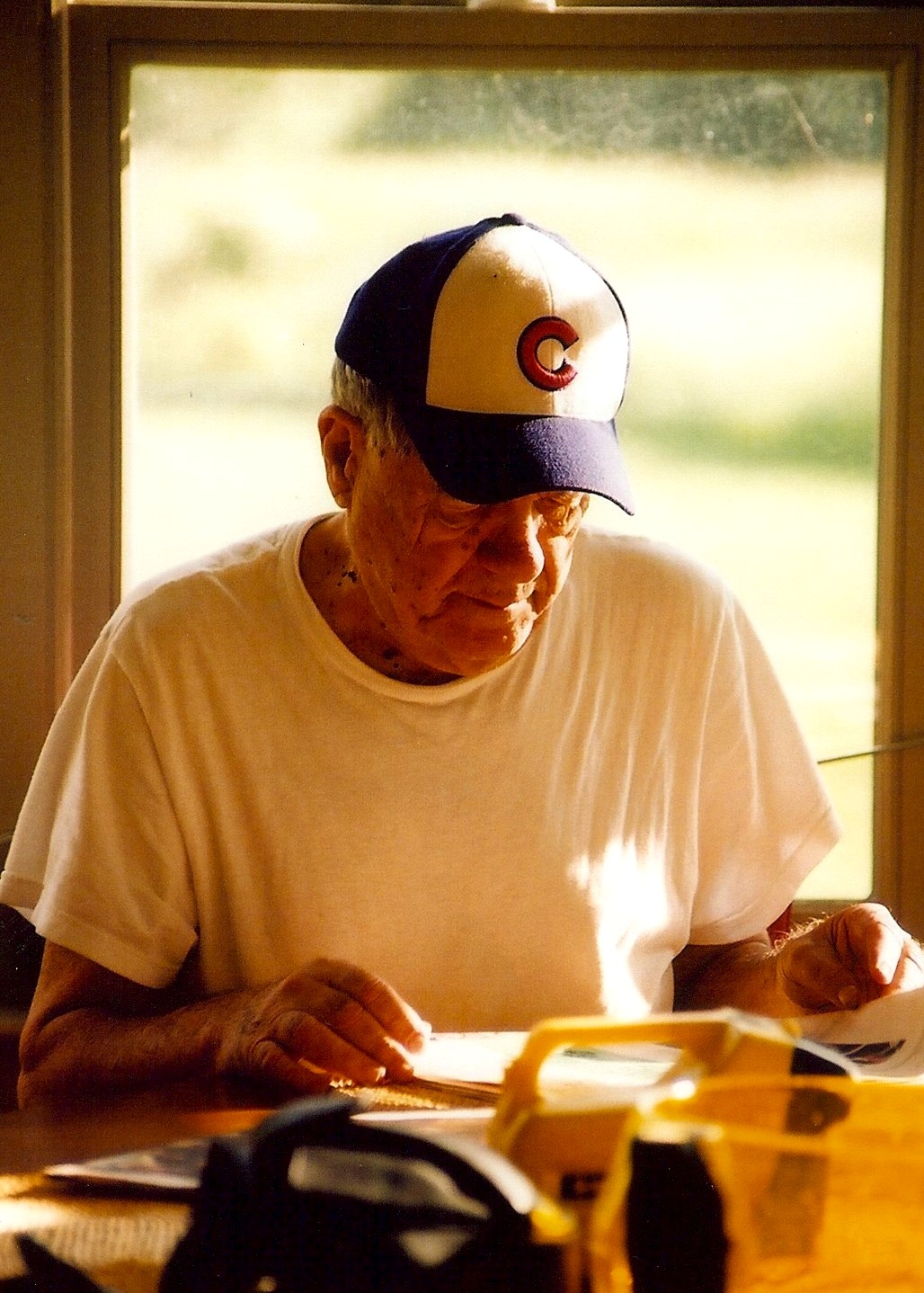 I am so glad my friend is out there with her dad now -- and that two months ago, she chose to go out and spend four long, uncomfortable weeks on her brother's sofa to be with both her parents. Her dad could talk then and was much more lucid. Her mom has Alzheimer's and doesn't remember much but my friend was able to curl her mom's hair, take her out to daycare, and most importantly, get her dad to come home from the hospital. She encouraged her dad to eat, made him laugh, gave him a reason to get out of bed again, and was able to be the good daughter and apple of his eye -- which after he's gone, she'll never be again. (When my dad died, the thing that almost killed me was the realization that nobody would ever be that happy to see me again.)

Of course, it wasn't always that way. My dad was incredibly critical, distant and distracted when we were growing up, but he changed dramatically after my mom's death in 1986. For the first time, he needed us and he wanted to have a relationship with us personally and individually -- all eight of us. For the girls, I think, that was a bit easier than for the boys.

I moved from Colorado back to Swarthmore in 1996 to get married, and went from being the child furthest away to the closest. This enabled me to see my Dad regularly and routinely, while my daughter Lulu developed a specially sweet & warm relationship with her only living grandparent. Of course, I had lots of brothers and sisters to share the taking-care with, but I don't need to tell you that being with an aging parent takes time. Quantity time. It takes Sundays and Friday-night meals together, holidays and mid-week visits, and trips to the hospital after a stroke...

But like I said, it was a privilege. I wouldn't give up that time with my Dad for the world; I only wish I hadn't been working so hard or hadn't let other responsibilities keep me from seeing him more.

Because once your parents are gone, they never come back.

It's one of the cruelest mysteries of the universe -- how somebody you love so much and who's given you life can be the instrument of so much crushing pain when they go. I don't understand that; I'll never understand that. The only thing that makes it a little easier to bear is to be the hand they are holding at the end. 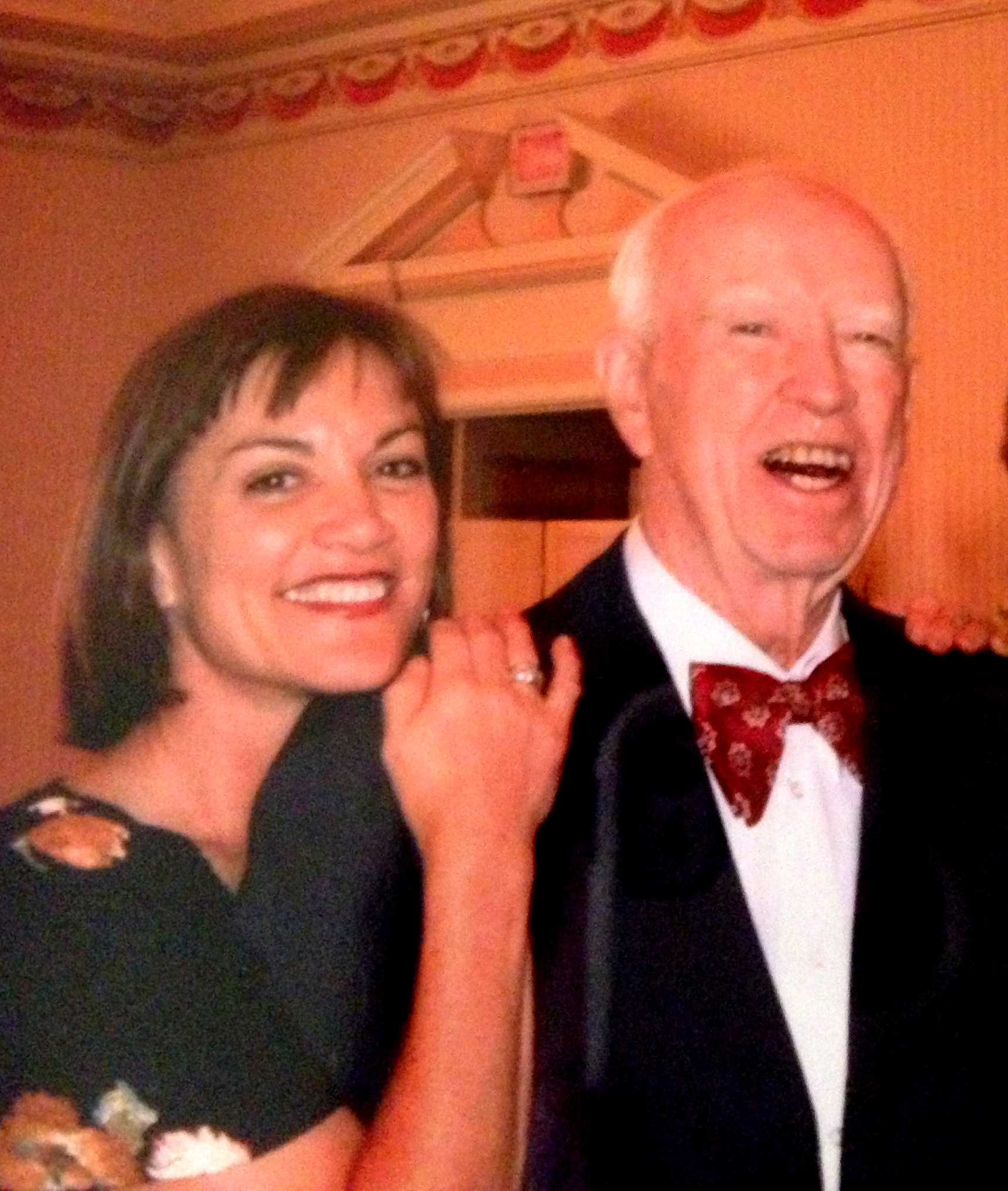 P.S. After my Dad's funeral service, we all went back to his apartment, the grandkids put on his funny hats and ties and Goodwill shirts, and we all had shots of that precious bottle of Maker's Mark -- toasting to Grandpa Tom's wonderful life and good death.

Saying Goodbye To A Parent
7 Tips For Caregivers