"Every person has a story." 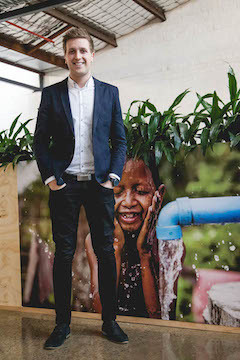 As I sat in a large meeting room watching Daniel Flynn, co-founder and managing director of Thankyou. (the full stop is no typo), something hit me.

I was listening to a great leader...someone who had hit rock bottom (maybe even that place below rock bottom) and rose again through sheer determination.

The greatest of the greats have all had their moments: Steve Jobs was fired from his own company, Nelson Mandela spent almost three decades in prison... As the great Winston Churchill said:

"Success is not final, failure is not fatal: It is the courage to continue that counts."

And at the end of the day, when the dust has settled, this is what Daniel's story screams. It tells a story about three people whose vision was always far greater than themselves. Let me explain by taking you back to the very beginning in 2008...

Assignments: They're most university students' worst nightmare but they are a fact of university life. And there Daniel Flynn was, staring at his laptop cursor and trying to hunt down the information he needed to flesh out his assignment.

Then, he came across two stats that were destined to change his life forever: 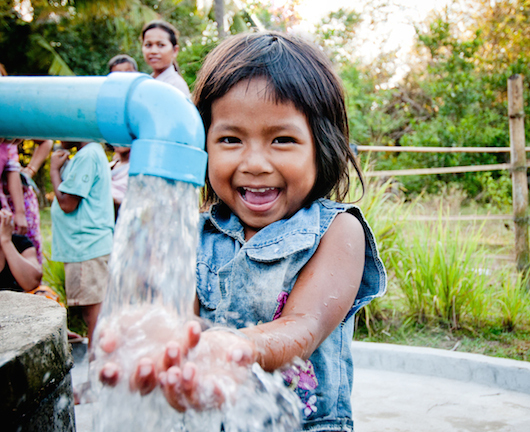 Alarming. Scary. Too big a number to do anything about...

Unless you're three uni students by the names of Daniel Flynn, Justine Flynn (yes, at the time Daniel and Justine were dating... Now, they're married) and Jarryd Burns.

Suddenly, their '5-year plans' were tossed out the window as they sought to fuse those two stats and extremes together. Soon, they had a bottled water company that existed for one sole purpose: To fund safe water projects in developing nations.

The big problem (maybe the word 'big' is an understatement here) is that these three uni students had an idea that involved hundreds of thousands of dollars in start-up expenses.

"If the idea is good, the money will come."

It's a great quote but did we mention that in order to succeed, these students would need to take on the 'big fish' of the industry? We're talking about the likes of Evian, Coke, Mount Franklin and so on.

This is where Daniel's story takes on a slightly comical turn as he tells of borrowing his father's suit and using the word confidential quite a bit in meetings whenever answers didn't come freely.

These students were way out of their depth but their ability to dream larger than life saw them through. That said, it wasn't all without a few moments where the dream threatened to die, tears flowed freely (we're not talking about happy tears here) and frustration levels were through the roof.

Daniel tells tales of ruined labels on bottles, legal strife, constantly being told they were out of their league... Setback after setback. And yet, these brave uni students just kept on going.

And then came that moment... That breakthrough that every entrepreneur dreams of.

After managing to secure a meeting with packaging company Visy, Flynn plucked up the courage to ask for 10 million free bottles. Instead, the company offered an unused bottle that had already been designed and a donation of 30,000 bottles to get Thankyou started.

The next two years were made-up of lots of hard work that saw two recalls, woes with bottles and a few broken promises with potential retailers. Soon enough though, Thankyou was ready to shout their message out to the world.

In a bold move in which they launched a slightly risky social media campaign, Thankyou caught the attention of 7-Eleven Australia and eventually, the major retailer backed the brand and now stock the water and food ranges in their stores.

Here's a look at the Coles and Woolworths campaign

It's no longer just about providing safe water for those in need, but also giving people access to food aid and hygiene and sanitation solutions.

Oh, and if you check them out online, you'll find no shortage of clever social media and marketing stunts that have all worked a charm because people are invested in both Thankyou's idea and their story.

This isn't a story about a bunch of fat cats looking to generate money or people experiencing triumph after triumph. This is a story about an idea to help others, persistence and a lot of hard work.

So, where to next for Daniel and Thankyou?

I was fortunate enough to meet Daniel prior to his speaking event and if there's one thing that was very clear, it was how humble this young, successful entrepreneur really is.

It's not about him; it's about the company's vision. Who knows what's ahead.

So when Daniel ends his talk by encouraging people to overcome their fears and stop the excuses, there's a real authenticity and buzz in the room. 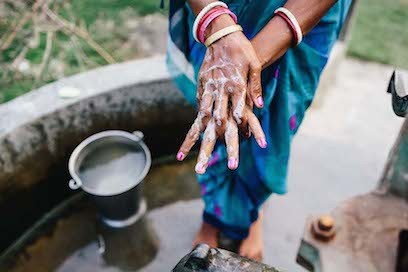 Be brave and think big because as Thankyou's story shows, we can all help to change the world. Even if we're talking about one bottle at a time.