I heard about this story Wednesday on the Today Show, then I read a Sports Illustrated article about this case and I'm just torn. Allegations against members of the Sayreville High School football team have caused the investigators and the school superintendent to cancel the remainder of their season. 5 games will go unplayed. No senior night. No Homecoming game. 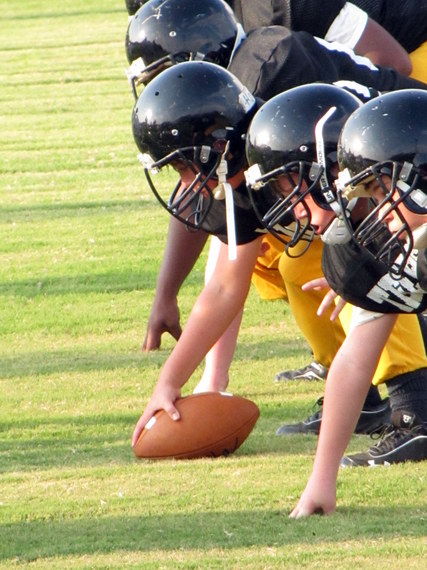 Today, digitally means electronically. But before the iPhones, video games and Google, digital mean 'finger'. Gross. If the allegations are true, this is horrific.

Here's a quote in the SI interview from a female freshman: "Things have been blown out of proportion. We know the players, and hazing, to them, they didn't mean it in that way. It was more like being friends."

Sorry, female freshman who isn't on the football team, but I've got LOTS of friends, and not a single one of them has ever 'digitally penetrated' me. No, this is just wrong on so many levels.

As a band parent, this also leaves me torn. 5 games remaining in the season. Just like our football team. Our team has a better record than they've had in years, which naturally draws a bigger crowd to Friday night football games. Our concession stand is our main source of funding for a band of 172 kids. If our last few games were cancelled, we'd lose a tremendous amount of revenue for the band.

Why are they not just punishing those responsible for this awful issue? I understand that the investigation is ongoing, but in the meantime, everyone suffers.

What are YOUR thoughts on this subject? Are they being fair by cancelling the season because of the actions of a few? Or is it an appropriate action because they don't yet have all the facts? I would love to hear what you think. Because I'm still torn.