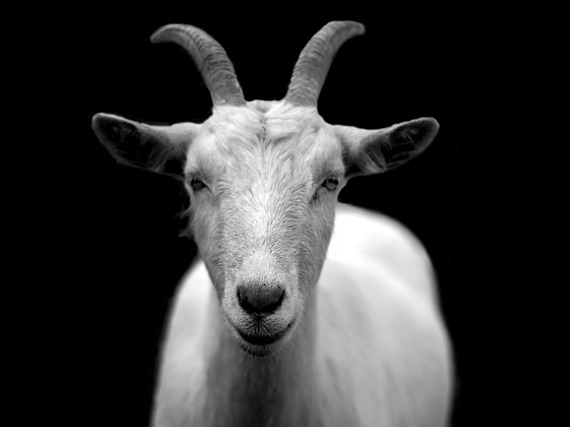 Donald Trump has been blowing a deliberate smokescreen with his ill-considered and unconstitutional ban on Muslims from various countries in Africa and the Middle East (not, notably, the countries whose citizens actually have attacked us). Behind this smokescreen, some of his most egregiously inappropriate Cabinet nominees might win approval from the Republican majority in Congress. The EPA might be dismantled; government scientists might be dismissed. That's the utility of scapegoats: attacking them distracts both Mr. Trump's supporters and his opponents from his larger agenda, which is protecting the wealth of the wealthy and the power of the powerful.

The Religious Right has been pursuing this strategy since the 1930s. They assailed Progressives and Social-Gospel Christians as "socialists" and "godless communists." That hysteria provided cover for wealthy businessmen who opposed banking regulations and labor-rights regulations under Roosevelt's New Deal. Princeton professor Kevin Kruse documents these campaigns at length in One Nation Under God: How Corporate America Invented Christian America (2015).

The Religious Right has also been deeply implicated in scapegoating blacks. As William Martin thoroughly documents in With God on Our Side: The Rise of the Religious Right in America (1996), that began with efforts to draw white Southern evangelicals into the Republican party by opposing desegregation and attacking "intrusive government regulations" like the Civil Rights Act of 1964.

The result? Under Ronald Regan, massive tax cuts for the most wealthy led to soaring national debt and infrastructure decay.

Decade by decade, this pattern of diversionary scapegoating continued: opposition to racial integration gave way to equally hysterical attacks on civil rights for women, for gay people, and for the transgender. Then Mexicans and Muslims. Now fact-checking journalists and government scientists.

We need to resist. But we must resist shrewdly. Given the history behind what's going on today, those of us who oppose Mr. Trump must not retaliate with equal levels of hysteria and hate-mongering.

Here is the key rhetorical principle: to be widely effective, we must restate essential American values by reclaiming the core symbolic structures of American culture and, for those of us who are Christian, Christian symbolism as well. Over the last seventy years, both patriotism and Christianity have been hijacked and weaponized by collusion among the Religious Right, the libertarian oligarchy Right, and the fringe militarist Right.

Here's an example. We can oppose Mr. Trump's executive order on immigration by demanding, "Defend Religious Freedom" or "Protect the Constitution." We need to reclaim those values from their misappropriation by the hard Right. They read the Constitution selectively, and for them "freedom of religion" means "I'm free to impose my religion on everyone else." But the facts are on our side, and we can appeal to the facts--without demonizing anyone.

Or what about this: we know far more about visa-holding Muslim refugees than we do about Trump's tax returns or the extent of his personal indebtedness to foreign banks and sovereign funds. They have already spent years going through an "extreme vetting." Mr. Trump has not. Nor have some of his appointees. I'm not sure how to fit that onto a placard or turn it into a chant. But the contrast is stunning.

Perhaps we should demand "extreme vetting" for Mr. Trump's pals while insisting, "Victims of ISIS, have no fear/ Innocents are welcome here."

Even as we defend the scapegoated, however, we must penetrate the smokescreen Mr. Trump is generating with these publicity stunts. While lawyers and protestors stream toward airports, others of us should remain laser-focused on which nominees and which bills are coming up for votes. We too must be smart, strategic, and witty in articulating key values and reclaiming key cultural concepts and symbolism. We must expose Mr. Trump's various charades and rally unrelenting pressure on both government and public opinion.

Another example: as the Statue of Liberty is known as the towering Mother of Exiles, Mr. Trump is the diminutive Father of Lies. Imagine, then, a poster with her image and words like these:

. . . Give me your tax returns,
The record of your debts in foreign lands,
The wretched workers you refuse to pay.
Give this, the full account, to light of day
Before you dare as President to stand.

The original poem could be easily rewritten in various useful ways. The larger goal here is to appropriate as a meme what the Statue of Liberty has always stood for-- what it meant, perhaps, to our own immigrant parents or grandparents, especially those who arrived as refugees fleeing for their lives.

Mr. Trump's inner circle and his Cabinet appointments demonstrate beyond any doubt his intention to betray the working-class voters who elected him. As Thomas Frank explained so effectively in What's the Matter with Kansas? (2004), that too is part of a long-standing pattern in over the last half-century. But with a little moral imagination and some shrewd collaboration, the rest of us might begin to articulate a new national consensus in language that powerfully appeals to a diverse and vibrant nation.

We need a new political agenda that honestly serves the common good, not the wealth and the power of the one percent. The clean wind of our resolve can disperse a lot of this nasty smoke.