It only took a few moments in the arms of a gentle human for this pup to go from frightened stray to lovable lap dog.

Professor Einstein, as he's now called, was abandoned and in bad shape, roaming the streets of Los Angeles. Then, the renowned canine rescuers at Hope for Paws stepped in. With some strategically used soccer nets and a little patience, the Hope for Paws crew was able to secure the little guy.

See how he calms down and begins to lick and snuggle rescuer Lisa Arturo at the 2:56 mark!

After getting cleaned up and having the foxtails that were embedded in him removed, Einstein was ready to be adopted. Now, he's living it up in his new forever home.

In the same city where he once struggled to survive, Einstein is enjoying the good life with his new owner, Emanuele Secci. Check him out! 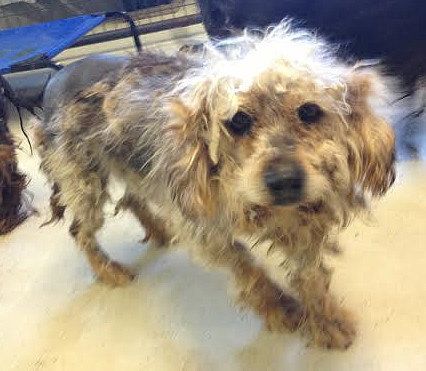