Empowered by the election of anti-abortion president-elect Donald Trump, states are pushing restrictive abortion legislation that is so ruthless, it's beginning to take on the tenor of an angry mob with pitchforks.

Besides Ohio's fetal-heartbeat legislation that would have made an abortion illegal after a heartbeat was detected (approximately six weeks) with no exception for rape or incest, there is the Texas rule that was set to go into effect December 19, 2016 that would require the burial or cremation of a fetus, whether aborted or miscarried, no matter what stage of gestation. Texas Governor Greg Abbott rationalizes the law thus: "I believe it is imperative to establish higher standards that reflect our respect for the sanctity of life."

Imagine the shame and dismay a woman would feel being told (and I'm paraphrasing here), "The rule requires you bury or cremate your baby." Not only that, she's knocked to her hands and knees when she's also told, "The cost for the funeral is your responsibility." For the many women who are already struggling to pay for the procedure, this could be the toughest barrier to overcome. According to one estimate, the rules would double the cost of the procedure.

Women need anonymity and privacy when they undergo this legal medical procedure. The fact that their medical records are protected under HIPPA facilitates their ability to move on with their lives. But a public funeral (funeral homes would handle the burials) would open them up to public shaming and all the repercussions, including possible violence, that would follow.

Fortunately, on December 15, 2016, a federal judge temporarily blocked Texas from enacting that rule. But we haven't seen the last of this legislation about burying a fetus.

At this point, I'm reminded of George Carlin's question: Is a fetus a human being? As he pointed out, this is the central question of the controversy.

Two of the questions Carlin asks to determine if a fetus is a human being are:

Who would have dreamed that Carlin's bitingly sardonic remark about a fetus funeral would have a very good chance of becoming actual law?

Current attempts to shame or scare women who are seeking abortions aren't working well enough for Governor Abbott. For instance, the booklet, "A Woman's Right to Know," is reading material that Texas abortion providers are required to give every woman seeking an abortion. It could be categorized as pulp fiction, since it's devoid of facts or reality and describes imaginary perils associated with abortions.

Here are some of the fallacies (okay, lies) a woman can expect to find in the booklet: 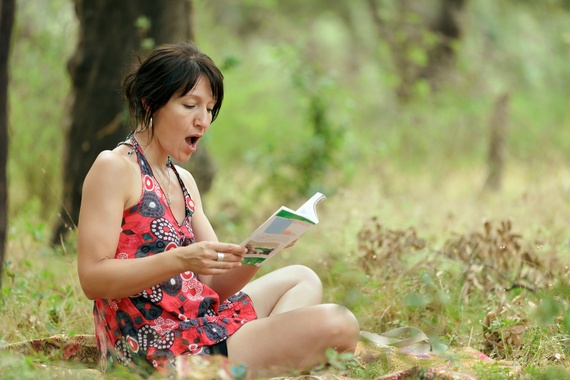 1) Terminating a pregnancy increases your risk of getting breast cancer.
Extensive studies and analyses have thoroughly refuted this myth.

2) Getting an abortion increases your risk of infertility.
Abortion procedures are extraordinarily safe and effectively eliminate the possibility that a patient will become infertile.

3) Getting an abortion causes women to have depression or thoughts of suicide, grief, anxiety, lowered self-esteemed, regret, sexual dysfunction, avoidance of emotional attachment, flashbacks and substance abuse.
There is absolutely no medical evidence to back this up. A new study just released by the University of California at San Francisco found that women who underwent an abortion were at less risk of adverse mental health effects (such as depression, anxiety, and dissatisfaction of life) than those who were denied an abortion because their pregnancy was further along than the facility's gestational limit.

4) The booklet lists extremely rare occurrences that are meant to horrify, including injuries to the internal organs, blood clots or serious infections, hemorrhaging, emergency hysterectomy, injury to the bowel or bladder, embolism, and, of course, that silver bullet--death.

What the Texas booklet omits is that abortion is far safer than childbirth. The risk of death from with childbirth is about 14 times higher than the risk of death from abortion. And you can be sure that no abortion-provider booklet informs women of the medically-accurate difference in the definitions of fetus and baby.

Watch for this administration to dig in and encourage states to revisit the fetus-burial law. After all, vice-president-elect Mike Pence signed the same required burial law in his state of Indiana. Like Texas's law, it was eventually blocked from going into effect by a federal judge for violating women's right to choose.

But this is where we are, and it will only get much worse, especially when you consider that Pence also proclaimed, "I long to see the day that Roe vs. Wade is consigned to the ash heap of history where it belongs and we again embrace a culture of life in America." He signed every anti-abortion bill that crossed his desk while he was governor of Indiana. Oh, and he has pledged to defund Planned Parenthood and divert those funds to health clinics that don't provide abortions.

With the inescapable appointment of ultra-conservative, pro-life Justices to the Supreme Court, we're barreling towards a future that puts women in danger of becoming what George Carlin eerily discerned about Republicans: "They believe a woman's primary role is to function as a broodmares for the state."

I would ask that you imagine this: From broodmare, it's a short stride to legislating that women who have abortions wear the equivalent of Hester Prynne's shameful Scarlet Letter... "On the breast of her gown, in fine red cloth, surrounded with an elaborate embroidery and fantastic flourishes of gold thread, appeared the letter A." In Puritan New England, that stood for "Adulteress." In our time, the A will stand for "Abortion." 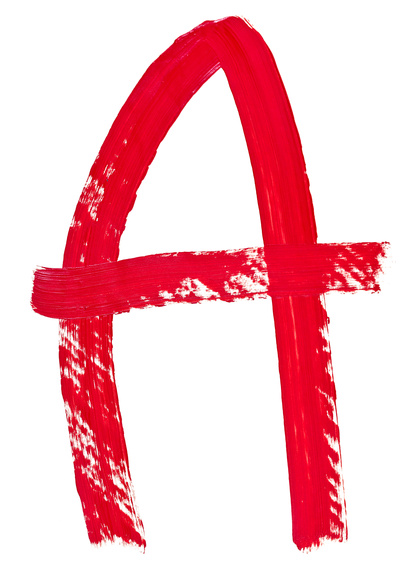 Think this is far-fetched? Until November, 2016, so was electing a misogynistic, racist, xenophobic, p***y-grabbing, Russian-loving, alt-right supporting and frenetic-tweeting president.

We can no longer take rationale and normalcy as givens. If you feel like you've been living in an alternate universe since the election, you're about to enter the Twilight Zone.

The fight for women to have control over their own bodies has always been a tough one, but it's about to get really nasty. Unless we fight back now by supporting those very effective organizations that are equipped to fight hard for women's choice, like Planned Parenthood, NARAL, the Center for Reproductive Rights, and Feminist Majority Foundation, among many others, this freshly-empowered righteous mob won't stop until we are, by law, forced to accept increasing increments of public shame as a form of punishment for asserting control over our own bodies.

We have a line of defense with these feminist organizations if we get behind them with our own equivalent of pitchforks--our dollars. As Gloria Steinem recently said, "We'll have to be in full-out rebellion."

Please click here for a list of pro-choice organizations that need your support to lead the rebellion. Pick one, two, three--as many as you can afford--and donate.