Scarlett Johansson is in love, y'all.

The actress was honored at the 39th annual Cesar Awards on Friday evening, Feb. 28, in Paris and her fiance Romain Dauriac was there to support her. Johansson held Dauriac's hand as she looked at him affectionately while sitting in the Chatelet Theater. The pair announced their engagement in September 2013 after dating for almost a year. 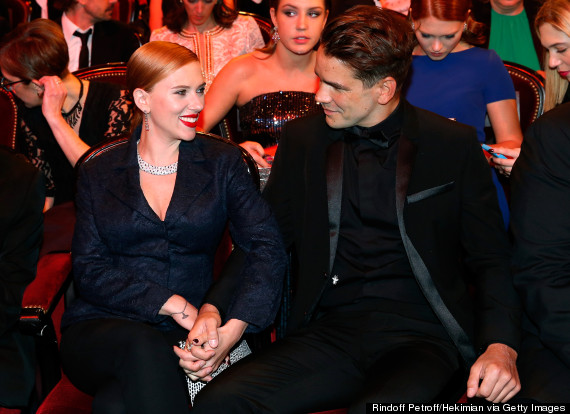 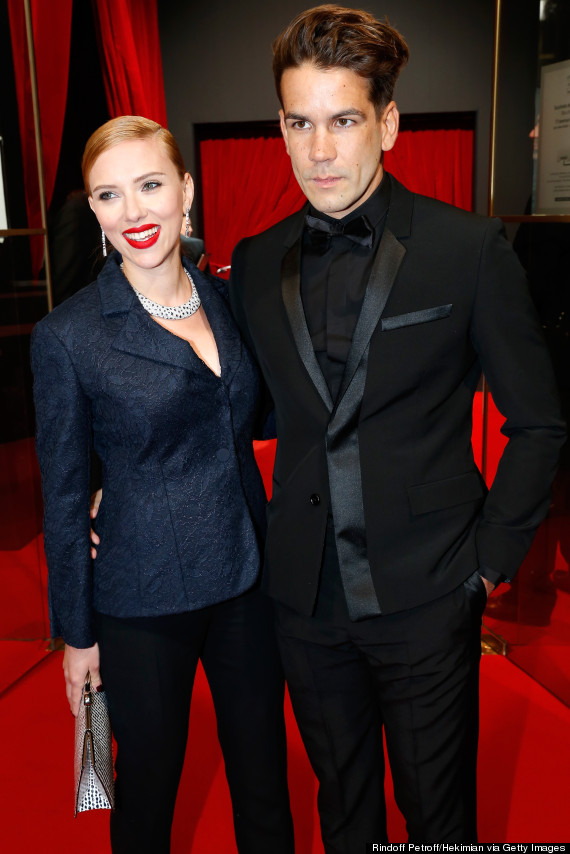 The 29-year-old "Her" star wore fitted black trousers and a navy blazer as she accepted the honorary Cesar award, which was presented to her by Quentin Tarantino. 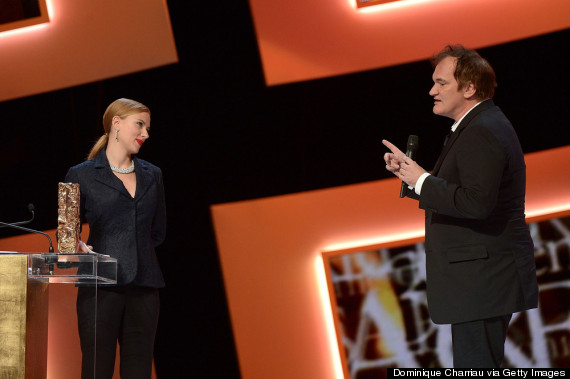 She became the youngest recipient of the award, which has been given to A-list stars, including Dustin Hoffman and Meryl Streep.

Scarlett Johansson Through The Years