Scarlett Johansson and Ryan Reynolds go out of their way to keep their year-old marriage private, barely talking about it and almost never being photographed together, but she none-the-less showed up on 'Saturday Night Live' this week when he hosted.

Early in the show she did a sketch as a porcelain fountain saleswoman, and later in show was standing at her husband's side, beaming, during the credits at the end (as seen in photo below video).

WATCH FOUNTAIN SKETCH (VIDEO MAY NOT WORK/BE WRONG, WE'VE CONTACTED NBC & ARE TRYING TO FIX IT):

A Glimpse at the credits: 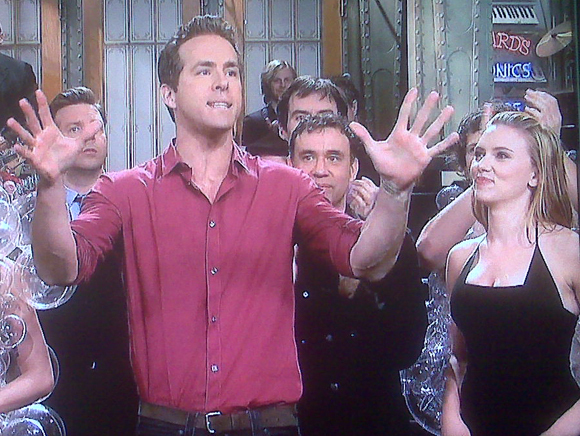