Scarlett Johansson may grace magazine covers and walk red carpets at movie premieres, but when it comes to her personal life, she has always taken steps to keep it as private as possible. However, the "Avengers" actress covers Vogue's May 2012 issue and opens up about her divorce from Ryan Reynolds and moving on with her new beau, Nate Naylor.

“We always kept our story private—how we met, our wedding, everything,” she says of her relationship with Reynolds. “It was about us.”

The couple married in 2008, but announced they were splitting a little over two years later, with their divorce finalized in summer 2011. Even now, Johansson admits she's still getting over the demise of her marriage.

“Of course it’s horrible. It was devastating. It really throws you. You think that your life is going to be one way, and then, for various reasons or whatever, it doesn’t work out."

Johansson recently talked about her marriage to Reynolds in French ELLE as well, and admitted she might have tied the knot too soon.

"Weddings are hard work. I married way too young, I wasn't ready," she said, via The Sydney Morning Herald. "You open your arms to someone you love and promise to share everything with him, it's frightening."

Though she's still navigating life post-divorce -- “I don’t feel on the other side of it completely, but it gets better" -- she's taking her time with her new beau, advertising creative director Nate Naylor, after having a short fling with actor Sean Penn.

“It must be very strange for him,” she says, smiling. “It’s totally bizarre. It’s an adjustment—I mean, it’s got to be an adjustment for him way more than it was for me at nineteen. But he’s really remarkably good about it.”

Check out Johansson's Vogue cover and a photo below. For more, head over to Vogue.com, and don't miss the issue, on newsstands nationwide April 24. 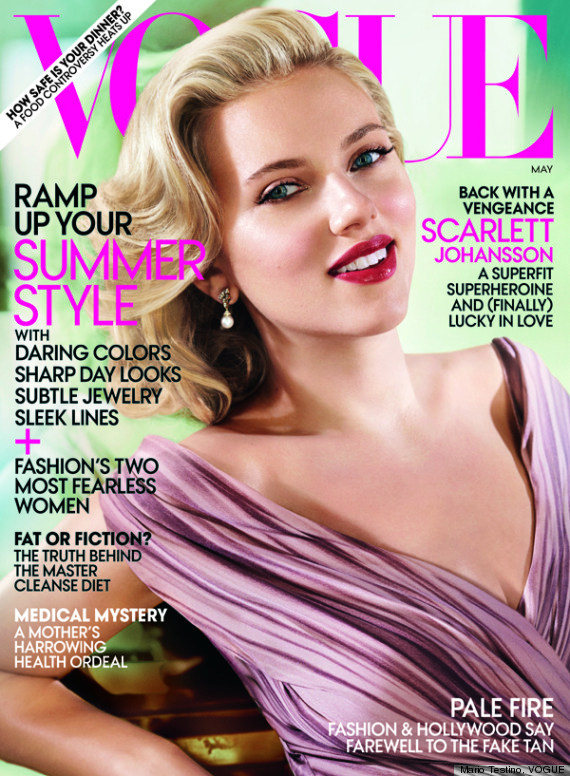 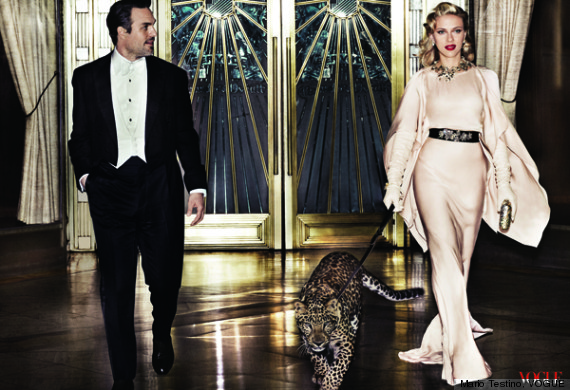