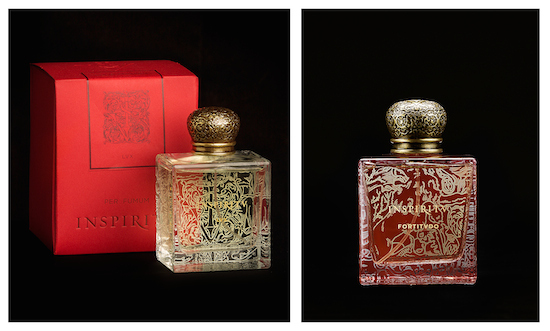 I think hidden within the soul of this cultural blogger, inside the heart of a devoted cinema writer, there has been a fragrance lover hiding all along. As soon as I stood at the door of the Stazione Leopolda in Florence, waiting for my contact to print out credentials so I could finally enter the magical world of Pitti Fragranze, I felt a pang of enthusiasm, of nearly unbearable joy. Here I stood at the gates of what is the equivalent of a candy-slash-toy-store for a grown woman with a sensitive nose and a love of memories. But what awaited me on the inside was more than even I could ever imagine.

Pitti Fragranze is often covered by fashion writers and beauty experts, with a few proper "noses" (slang for perfumers, those who can identify and create various scents) thrown in. While that works, I also found within this new world a wonderful new lingo, one I can't wait to begin using. Terminologies that include romantic words like "notes" -- referring to the single scent elements that can be detected in a perfume. Notes are divided in three, the top or head note, the first "color" of a perfume you'll smell usually, the middle or heart note, which appear after the initial evaporation on the skin (from two minutes to an hour) and the base note, which like the foundation of a building, will lend depth and solidity to a fragrance. Referring to the actual perfume liquid as "juice," also tickled me pink. And realizing that scent is an art, and should be appreciated as such, was the best find of all! 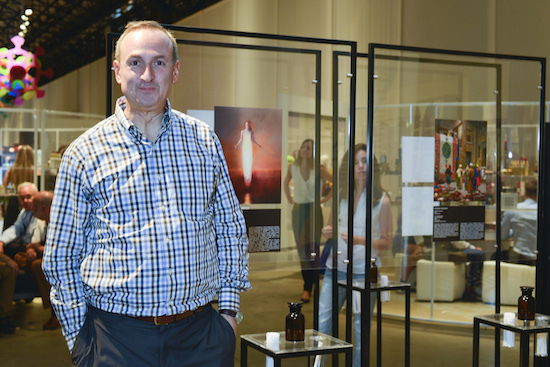 In fact, while at Pitti Fragranze, I met Chandler Burr, the world-renowned NY Times perfume critic, author and curator of olfactory art. It is Burr who has been instrumental in creating within me a life-changing connection with scent, one that transcended my mundane use of perfume, and even the memories I associate with smells, and unearthed a movement to view its creation as an art, much like architecture, complete with its own fascinating terminology, experts and following. I'll go as far as saying that from now on, I will refer to the art of fragrance as the "eighth art" since the seventh position has already been occupied by cinema. For Fragranze 13, Burr curated an interactive exhibit of visual art from all ages and disciplines combined with scent, an installation inside the Stazione Leopolda that inspired and uplifted, while also instructing. My favorite kind of art!

Burr's generosity in sharing his expert views and ideas changed my own, redirected my love of scent. I sat next to him scribbling notes during a phone interview he was holding and began to understand his passion. He is a true curator, he goes beyond labels and professions to create a cult of fragrance that we can all learn from. Personally, I know when I meet a man without a scent he seems much like a woman without a sense of self: there, dressed, good to go, yet uninteresting. If cinema is my love, then scent is my craving. I think in my entire life I've gone out without putting on perfume only twice, and both of those times it was an oversight, out of rushing. Once on the street, out in the world I felt naked and incomplete without it. 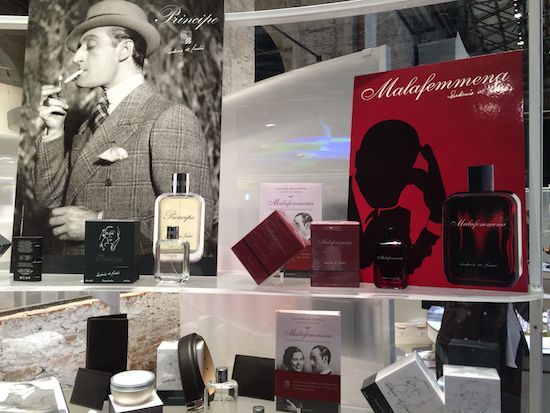 Changing it up a bit, Antonio de Curtis, known as Totò, is probably the best known comic actor in the history of Italian cinema but also someone who wore a signature scent, the same cologne all his life. Originally made for him in Grasse, the holy land of perfume, when Totò died, the scent could have gone with him. To a half-Neapolitan, proud daughter of the south of Italy like me, losing the elegance that was this Prince who was born nearly a pauper and throughout his life fought for recognition of his blue blood title, would be like losing a treasure. But Mansfield -- the company which produces the scents for Marinella, the world-famous brand of elegant neckties also from Naples -- found a way to recreate the scent. With only an old bottle of oxidized "juice" brought into their shop by Totò's daughter Liliana de Curtis, the brand's noses recreated the actor's cologne and called it, appropriately and elegantly, Antonio de Curtis. Rounding out the collection are Principe and a female companion scent called Malafemmena, the title of a song Totò dedicated to his wife Diana Bandini. 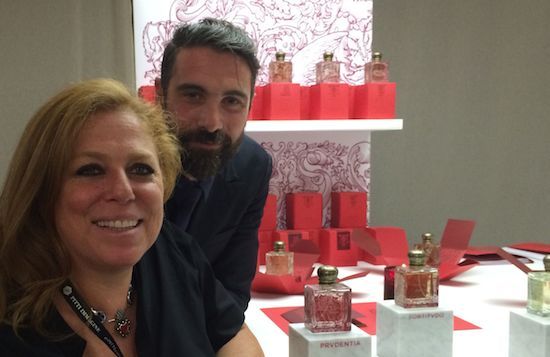 Finally, last but definitely not least, the meeting that most deeply touched me was with Italian actor, TV personality and perfumer Luca Calvani. A fellow Tuscan, currently featured in Guy Ritchie's The Man from U.N.C.L.E. and a believer in spirituality as a means to explore our complex nature, Calvani created -- along with his business partner Olivia Mariotti -- an assortment of four candles and five fragrances that blew me away. Spicy, heady, trippy, sensual, inspirational and fresh, his Inspiritu collection offers all I crave from scent and more.

Calvani himself cannot be described with words. He's everything his fragrances promise and then some. His generosity in explaining the line require that I devote to him an entire piece and I promise to post his interview in the days ahead. Meanwhile, I will leave you with some of his words of wisdom. Uplifting quotes that enlightened this blogger, such as on the origin of the word "enthusiastic" which comes from "the Greek "enthuse," and translates as 'possessed by a god, inspired'," Calvani explained.

And my personal favorite, "religion divides us, while spirituality unites us." Inspiritu rules!