Schoep, the dog made famous on the Internet for this touching photo, has died at 20 years old.

Schoep and his owner John Unger made headlines last summer when local photographer Hannah Stonehouse Hudson snapped a photo of Unger and his pup wading together in Lake Superior. Unger would regularly take Schoep into the water because it was therapeutic for his arthritic body.

The photo went viral online, and millions of people were touched by the relationship between man and dog. Readers sent in thousands of dollars in donations to help pay for Schoep's treatment.

On Thursday, the news that Schoep had died was posted on Facebook. "I Breathe But I Can't Catch My Breath... Schoep passed yesterday[,] more information in the days ahead."

The post, which included a photo of a paw print in the sand, has already received more than 33,000 "likes." 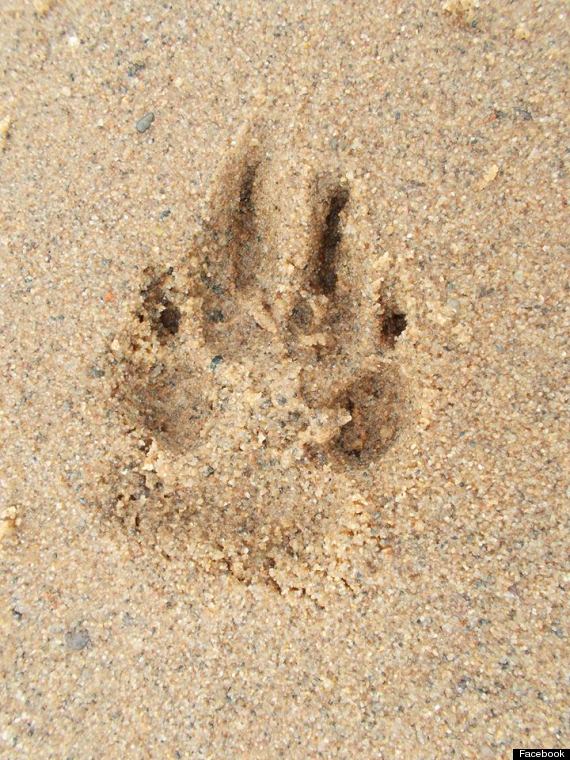 "Schoep and John had an amazing relationship ... I hope that people can give John some space and privacy for now ... he just lost his best friend," Stonehouse Hudson told the Pioneer Press.

She says she understands Unger's loss because her husband died in January.

"I know what it feels like to lose a being you have shared every moment with," she said. "It's like losing a limb -- and I'm sure John is feeling that right now."

Unger adopted Schoep when he was just an 8-month-old puppy, according to the Duluth News Tribune. He had been abused by his former owner, and it took time for the pup to trust Unger. The two finally developed a bond so strong that Unger credits Schoep with saving him from a deep depression following a bad breakup.

Last year, Stonehouse Hudson told The Huffington Post that Unger "lives for this dog." The photo of the two in Lake Superior should be a lasting reminder of their love.

"I want people to identify with this photo, and remember a time when they felt safe, loved, and cared for," Stonehouse Hudson said at the time. "Then I want them to channel those feelings and pay it forward! There is way too much negativity in this world - maybe with this one photo we can start to change things just a tiny bit."