As the debate rages about the best way to fix America's public schools -- from heated rhetoric on the role of standardized testing to wonkier discussions about the intricacies of curricula -- a new report is arguing that reformers have overlooked a game-changing solution: addressing absenteeism.

While it may seem obvious that students who miss more school would not perform as well as other students, a new report released Tuesday shows just how much of a difference attendance can make. According to the report, written by nonprofit advocacy group Attendance Works, about 1 in 5 American students -- between 5 million and 7.5 million of them -- misses a month of school per year. The report suggests that missing three or more days of school per month can set a student back from one to two full years of learning behind his or her peers.

"All our investment in instruction and Common Core and curriculum development will be lost unless kids are in school to benefit from it," said Hedy Chang, the group's director and co-author of the report.

And for the many American students who have disabilities, the stakes are higher. In fourth-grade reading, the scores of students with disabilities showed more sensitivity than those of students without disabilities who had an equivalent number of absences, according to data the group analyzed exclusively for The Huffington Post. That population also registers more absences than their peers overall, despite needing more attention.

"Nobody likes to publicize this stuff unless they're doing well," said lead author Alan Ginsburg, a former director of Policy and Program Studies with the U.S. Education Department, "but these are big differences, and it should be on the front burner."

The new study used survey data from the 2013 National Assessment for Education Progress, a standardized test administered by the federal government, to compare students' absence rates with their performance. Students who took NAEP were asked whether they missed no days, one to two, three to four, five to 10, or more than 10 days of school over the last month.

Predictably, the students who missed the most school -- particularly those absent for three or more days in the last month, the report's definition of poor attendance -- had the lowest test scores. "This is true at every age, in every subject, in every racial and ethnic group and in every state and city examined," according to the report. "While students from low-income families are more likely to be chronically absent, the ill effects of missing too much school hold true for all socio-economic groups."

The report also examined absenteeism at the state level, finding that in the two states with the highest rate of absenteeism, Montana and New Mexico, a quarter of fourth-grade public school students reported missing three or more days in the previous month. Among large urban school districts, rates of absenteeism were highest in Detroit, Milwaukee and Washington, D.C.

In fourth-grade reading, students who missed three or more days per month scored an average of 12 points lower on the NAEP than their peers with perfect attendance, a number that Ginsburg calculates represents more than a full year of schooling. Eighth-graders who reported missing three or more days of school scored, on average, a full 18 points lower on the test than their peers, which represents almost two full years of learning, according to the report.

While school absenteeism can often be a symptom of underlying issues such as poverty or a disruptive family life, Chang said that some students who increasingly miss school do so because absenteeism can be self-reinforcing. After missing several classes, Chang said, and as students learn less and their performance suffers, they can become discouraged and miss more days through causes such as truancy. Catching these students early and engaging them, she said, can help address the problem.

Rebecca Leclerc saw this firsthand after working with a fifth-grader named Joseph at Trotter Innovation School in Dorchester, Massachusetts, through City Year, a nonprofit that partners adults with struggling students in high-needs schools across the country. At the beginning of the year, Joseph was missing two days a week of school and averaging 140 minutes late per week. When Leclerc caught on, she started calling his home, but more often than not, no one picked up.

"I realized he didn't have that many friends in school, and he didn't have any motivation to get up in the morning, get dressed and get out the door," she said. So she started checking in with Joseph in person on a regular basis, setting small attendance goals -- like to be in school three days a week -- with the ultimate goal of full-time attendance by year's end.

Leclerc recently learned that despite his rocky start, Joseph scored proficient on all of his state tests and moved up a reading group. "He was less of a jokester, being more real with his peers," she said. "He grew hugely."

School Absence Can Set Students Back Between 1 And 2 Years: Report
Kids On Their First Day Of School 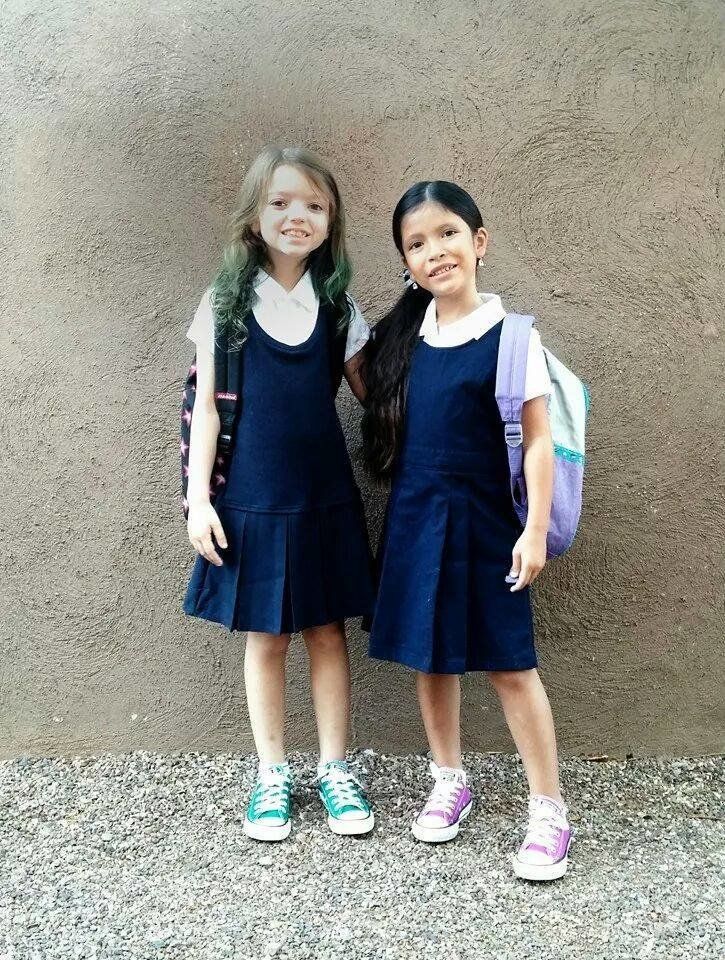