Sometimes a short trip turns into an adventure that can change your life and the lives of thousands of others. That's what happened to Pam Shelton, who had been a school librarian in Vermont for 26 years when she first went to Botswana in southern Africa in 1996. She stayed for two weeks, returning a year later for several more weeks showing kids how to use art supplies and teaching them to read. 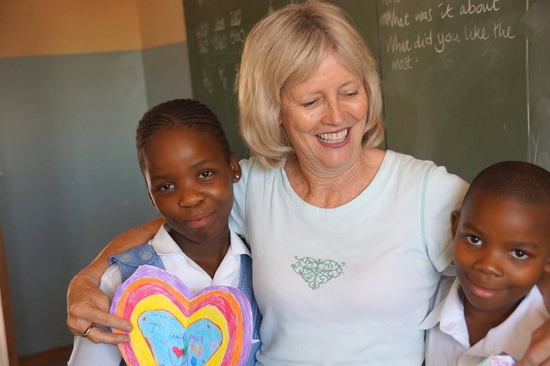 "They had never seen books and couldn't hold a pencil in their hands," she recalled recently. "But they wanted to learn. I felt exhilarated and alive in a way I hadn't felt for a long time. I felt needed and saw a real need in Botswana." 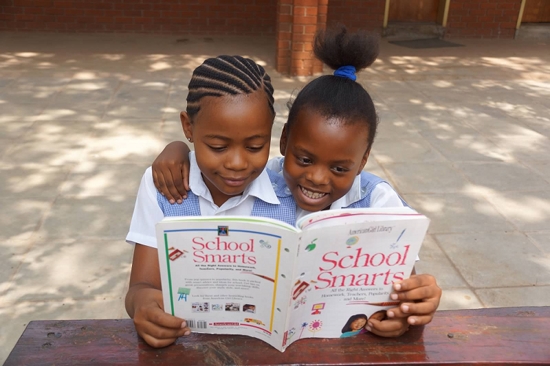 Pam was so excited about her adventure that she requested a year off from her school so she could return to Botswana. Denied the leave, she decided to quit her job and return with a friend to Africa.

"This was significant as I had been living 'The American Dream:' my own beautiful home, two cars, two dogs, son at Harvard University, a job I loved and was awarded for," she recalled. "My friends didn't know if they should laugh or cry. Most thought I was crazy. I had a rough first year in Botswana... I was alone and starting from scratch. I succeeded only because I never gave up the dream of staying." 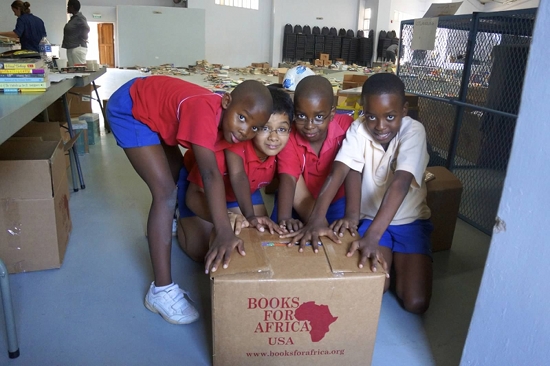 By 1998 she had begun the Botswana Book Project with two partners who "shared my vision of increasing English literacy in Botswana. I became a good listener and let the local people tell me what they wanted, which in part was libraries in schools."

Her late father, Allen Shelton, was her initial financial backer and book fundraiser back in the U.S. Even in his 80s, her Dad would collect books from local churches and schools in San Francisco and pay to ship them to her. And her sister Nancy helped out, too, creating a web site that she maintains to this day. 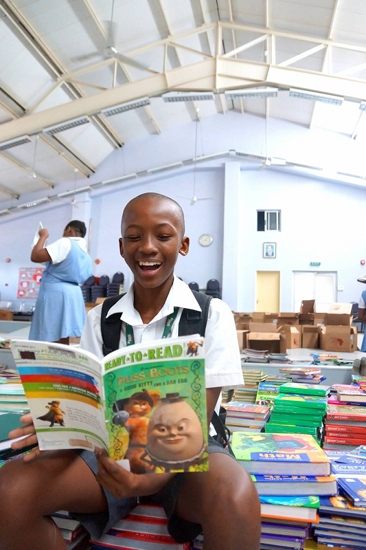 But the project was growing and she needed more help. She found Books For Africa, based in St. Paul, in an Internet search in 1997. "I still remember dancing around Mama O.B. Sertese's office (head of the local educational center) when we got the confirming letter that BFA could ship 25,000 children's books for $5,000," Pam remembered. "It was the answer to our prayers. My dad paid the shipping and we've received at least one container almost every year since through BFA." That's more than 500,000 children's leisure and textbooks. 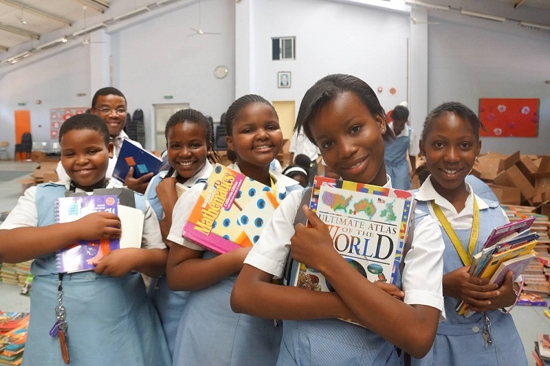 Pam calls herself the "Botswana Book Farmer," who seeds the country with books. "I used drive the books around to the villages and deliver them. Now they come to the capital of Gaborone -- 30,000 books -- and they are gone in five days." 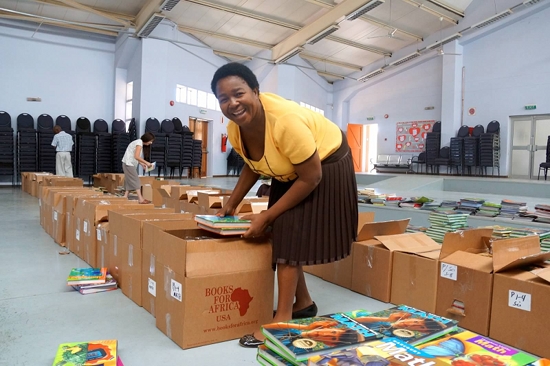 Pam's 13 years living in Botswana and nursing along her book project are filled with memories and wonderful stories. "I drove safari vehicles, helped to map the Botswana Game reserves, spent months driving the length of Africa from Capetown to Cairo to Casablanca." She only rarely returned home such as for her son's graduation from Harvard and the passing of her Mother.

But what sticks in her mind are the memories of the children and their parents and their love of books.

There's a picture on her web site of a boy clutching a biology book, smiling. It's the book he chose even though Pam tried to talk him into an easier book. She asked why he chose that one with the overlay pictures. "He said he wanted that one because he wanted to become a doctor. I will remember that kid forever," she said.

Pam used to walk around with a bag of books draped over her shoulder when she encountered a lady in a store who said her son was in trouble at school. She gave the woman a couple books. "Several months later, the lady showed her a certificate saying her son got the best grade in English because he was able to practice at home with his mother," Pam said. "That was great. I danced with her."

Pam is now living in Florida, but returns every year to Botswana with more books. And this year she is on a mission to collect 45,000 children's books because the Sir Emeka Offor Foundation has agreed to pay for two containers to be shipped by BFA to Botswana. Many of those books will be distributed to rural villages by the National Library Services. (The foundation's support is part of a $600,000 gift to Books For Africa to ship books to several African countries).

She is thrilled by the donation. "This is a financially successful African (Sir Emeka Offor of Nigeria) who wants to share his wealth with his continent," she said. "That is huge. This is a significant gift to all the countries. We can reach twice as many readers as normal." 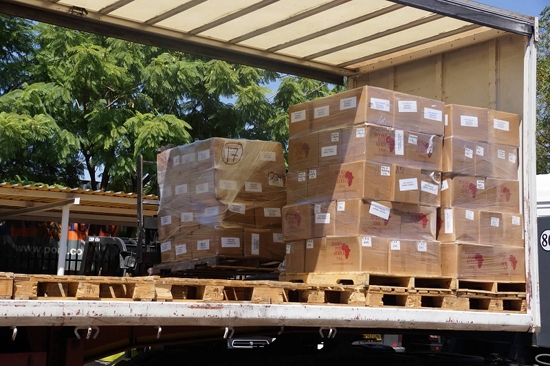 Pam Shelton's African adventure turned into a lifetime commitment to make a difference in the lives of others. But she always keeps her significant contributions in perspective.

"It's not about me... It's always about the work and the project and the kids," she said.