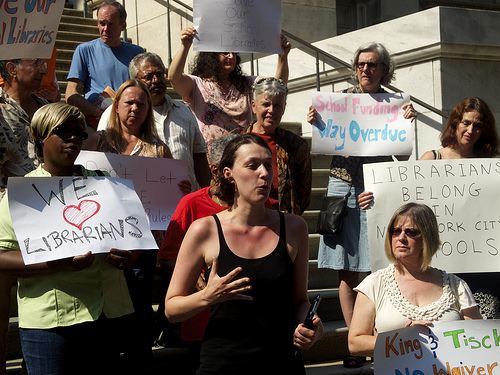 The New York City Department of Education, one of the largest educational organizations in the world, has effectively given up on librarians. As DOE officials call for a variance to state law which requires the presence of a school librarian in every middle and high school in the state they have passing up on a key, high performing, cost effective, tool for student success.

There is a strange dissonance when it comes to libraries. We are both armored by our stereotypes and defeated by them simultaneously. People are ready to hurl themselves on the barricade of our intellectual freedom but when budgets come we are universally tisked and shuttled off into the budget memory hole, quickly snipped away. The idiom of the dusty shelves comes up in the press every time in order to evoke mood.

What is really annoying is that if reporters came in the doors and looked for themselves they would see there is precious little dust on the shelves of a modern library. School librarians today are highly trained information and research specialists. They are up to date on digital media and technology and help students use those tools responsibly and in a way that supports the curriculum. They move across grades and classrooms to offer support to young people throughout the school and yes, they maintain the library, a "third place" and safe space in the school building. 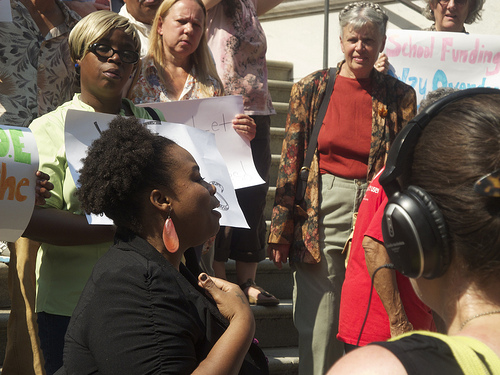 Those who are shaking their heads and talking about the future of information education, how it will not need librarians and will instead be wholly subsistent on digital resources are going off of a model that was ill-informed three years ago. Ebooks and Google have not slowed libraries down one bit and teens and preteens are reading as much or more than ever. Librarians have been leaning on the bleeding edge of these things for years, we have been figuring it out so that we can bring it to the public, seriously just go into a library and ask.

The real fact of the matter, the real cutting edge, is that circulation rates are at some of the highest in history and libraries are adapting and innovating constantly to the point where innovation is almost a given in the profession. School librarians in New York City hold both teaching and librarian credentials and every single study out there has shown that having a librarian in the school increases academic performance and standardized test scores. Why are we not putting MORE librarians in the schools rather than less?

The DOE is asking for a variance, they are effectively throwing their hands in the air and giving up on the problem. There is no lack of talent, there are qualified librarians, even at the exacting demands of the DOE. There is, however, a lack of priorities, a lack of stewardship, and a lack of basic compliance in place here. 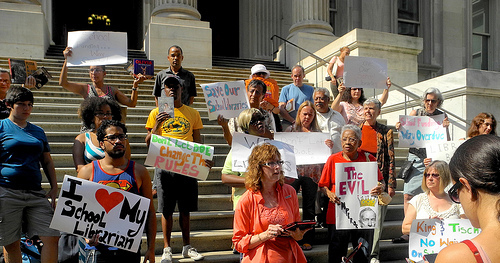 We understand that there are budget realities. There are ALWAYS budget realities in the public realm in this day and age. Ultimately however budgets are where you show your priorities. You put your funding where it important to you. So, what will be important to the DOE? They have a budget of $24.8 Billion, they just got a bump of $950 Million. What is important to them? Will they be bringing in highly qualified staff at very reasonable prices or will they give up and attempt to circumvent the law?

Library activists in New York City chose to contest this decision. We look at every study and see the direct impact of the school librarian. We look at the Return on Investment of librarians in schools, the breadth of their reach in the school community, the immediate impact of their skills and instruction, and we ask that the DOE instead engage in recruitment and library fellowship programs instead of giving up.

Certified school librarians are highly trained professionals who impact the entirety of the school community. They have been proven time and again to positively impact student performance. Every child has a right to a school librarian. The DOE cannot be allowed to take that right away. 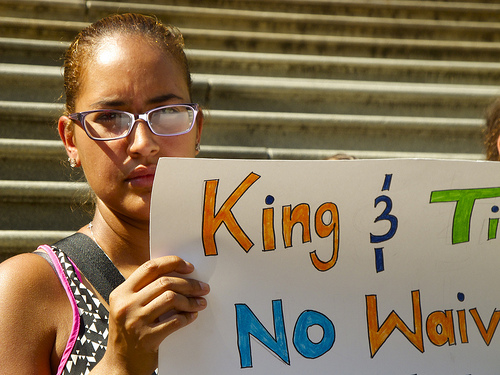