Scientists and graduate students at University of California, San Diego's Scripps Institution of Oceanography were surprised by a massive school of Northern anchovies that swarmed waters near Scripps Pier in La Jolla, California. The school contained anywhere between 10 million to more than 1 billion anchovies, Scripps professor David Checkley told The Huffington Post, which he noted is probably a "larger than usual" school.

A crowd gathered at the pier to watch the phenomenon. Graduate students and surfers swam near the traveling fish to take video and gather samples. At one point, a California sea lion dove into the anchovy aggregation -- even a leopard shark joined in on the action. 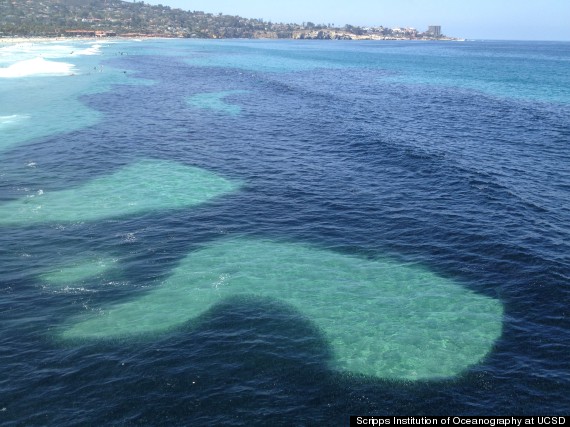 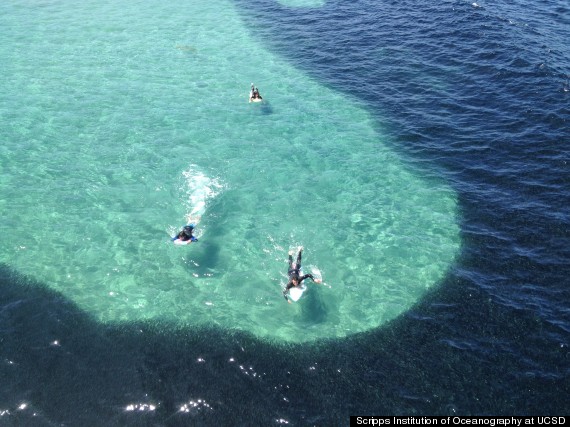 The entire swarm reached about 10 feet deep, 100 meters from inshore to offshore, and was around one mile long. It's unclear why the school came so close to shore, since they typically seek cooler waters and the day's water temperature measured at a warm 75 degrees, according to Checkley. But the offshore waters in the area, he noted, have recently been warming more rapidly than the water inshore, possibly driving the anchovies closer to the beach.

It has been more than 30 years since Scripps scientists have seen anything like it, leaving experts baffled. "It certainly is a mystery," Checkley said, but "it may have something to do with the impending El Nino." However, while the region is currently in an El Nino watch state, the National Oceanic and Atmospheric Administration (NOAA) has not yet declared one in the region.

Checkley also noted that while this occurrence was a natural phenomenon, there was "nothing bad about it." The unusual swarm, he said, doesn't mean anything detrimental to the ecosystem. "It's simply a part of nature and it's very interesting and wonderful to see," he added.

"It was remarkable," Scripps communications officer Robert Monroe told The Los Angeles Times. "From a distance it looked like an oil slick ... and then you get up close and it's amazing. It's like watching the motion of a lava lamp."

Anchovies are small baitfish that swim by the thousands to avoid predators higher up in the food chain. In fact, almost every predatory fish in the ocean feeds on anchovies, including sharks, seabirds and a variety of other marine mammals. Unlike schools of sardines, which travel in darting motions, schools of anchovies form a "swirl," like the one seen in the video, and tend to swim with their mouths open to gather food -- usually, tiny plants and animal plankton.

Below, take a close look at the rare anchovy swarm: 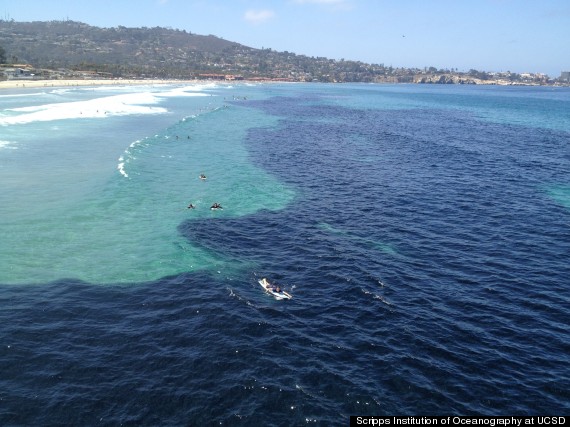 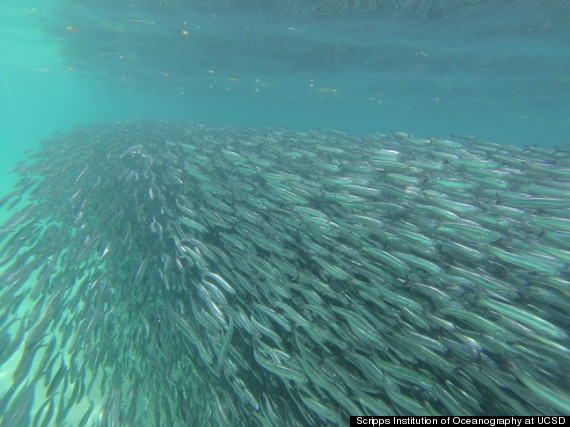 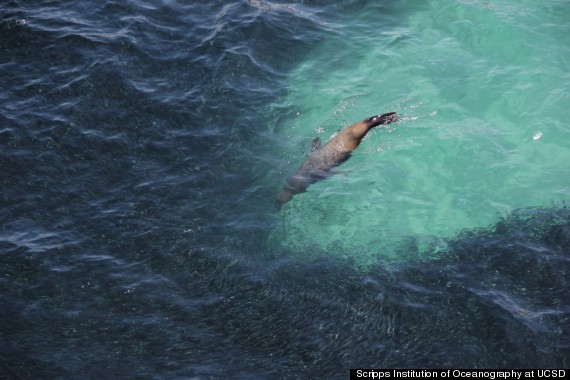 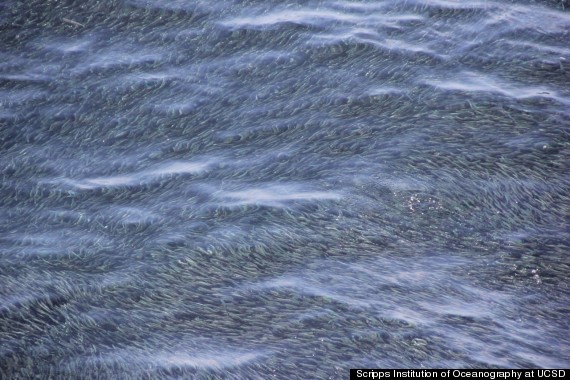 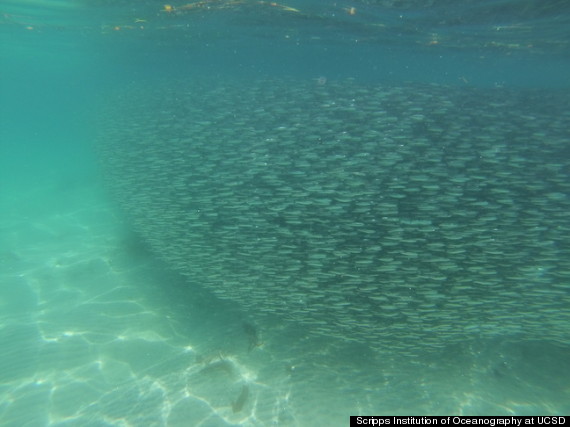