If you're looking to try aged meats, head to your local steakhouse. Hawkins County School District in Tennessee ages its prime cuts for a little too long.

A county commissioner who's also a parent was floored when a Joseph Rogers Primary School lunch worker sent him a photo of the pork roast that the district was feeding kids. The meat in the photo looked unappetizing enough, but the date on the packaging prompted a district-wide change in school lunch policies, according to WBIR. 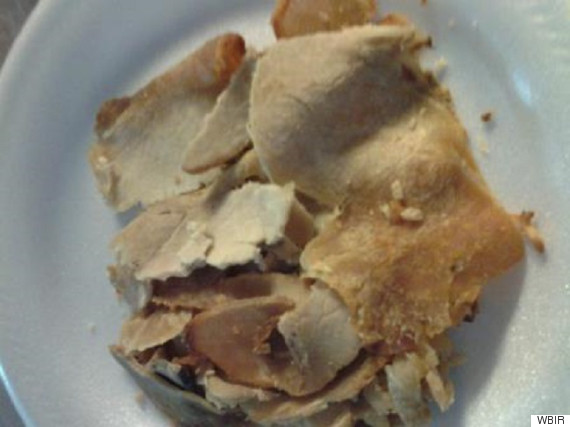 "These high-schoolers -- they understand if they see something they are not going to like, they don't eat it," Hawkins County Commissioner Michael Herrell told the local station. "But when you get to these kindergartners, first- and second-graders, do they really know if the meat is bad or not?"

The six-year-old pork roast wasn't served at Joseph Rogers, but several other schools did offer it to kids on April 22, the Associated Press reports. One school's cafeteria workers made gravy to cover up the foul taste, Herrell said.

It's unclear whether the meat -- which was frozen all those years before it was thawed and served -- had become tainted, and there were no reports of sick children, according to WATE.

Hawkins County Director of Schools Steve Starnes told WBIR that they tested the old meat after he found out about it on April 23, and the tests didn't find anything harmful.

"There were some meats with dates of 2009, '10, '11 in the freezer," Starnes said. "Our child nutrition supervisor had the cafeteria managers look at the meat, do the tests, and see if it was OK."

Nonetheless, he said, the district has thrown out all the offending lunch meat and will strictly follow USDA guidelines for storing and serving food in the future.

USDA guidelines recommend that frozen roasts be thrown out after four to 12 months.