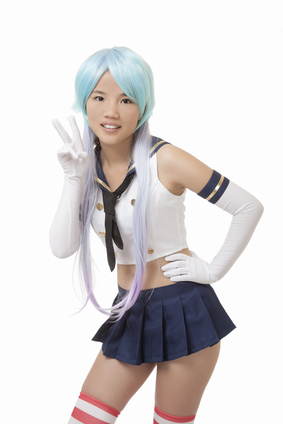 Sharon Kinsella is currently a lecturer in Japanese visual culture at the University of Manchester. She got her Ph.D from Oxford University in 1996 and has worked in the Universities of Oxford, Cambridge, MIT and Yale previously. During the 1990s and the 2000s she has been involved in interdisciplinary and cross-cultural research looking at emergent social trends linking youth, the media, subculture, corporate culture and new modes of governance, based on Japanese case studies with global application. Areas of special application include cuteness, schoolgirl and gyaru culture, Japanese transracialism, otaku subculture, the manga industry, men's comics and weekly magazines and male cultural imagination and journalism.

Question: Thanks so much for agreeing to answer these interview questions. May you please list where you have taught and teach/research presently?

Answer: I am currently in a Visual Culture of Japan post at the University of Manchester, and I am guessing that you have seen my newest book on Schoolgirls, Money, and Rebellion in Japan, which came out earlier this year. You can find my way of beginning with longer and deeper answers to most of the questions you are asking about Lolita complex below in the book, already laid out in the order I would place them.

Question: Can you explain, if any, the fascination with girlhood/childhood, sexualization and Japanese military history?

Well to start with we know there is a specific history tethering Japanese colonial expansion into China and Korea and other outposts and the sale of young women/girls for sexual consumption. Young girls in their earlier teens, maybe even as young as 11, were sold by there fathers into the brothel industry from the 1870s -- much of it based in colonial outposts as part of creating a Japanese social and business sphere. From the 1930s until the end of the Pacific war the distribution and consumption of juvenile female Japanese and colonial subjects - Korean girls - was taken over and organized through the military comfort station system, so yes, there is a strong link between military expansion, masculine rewards and privileges fashioned as the right to access sex and comfort from subservient young women.

Question: Why the deviant schoolgirls of the nineties? Why Kogals and Yellow cabs? It seems to me that Japanese women try to look very much like young girls. Is this true?

Answer: Well, "Yellow Cabs" (easy to ride Japanese girls in America) is a late 80s joke spread in the male press in Japan which probably reflects some of the resentment and hostility towards young women who were traveling abroad under their own steam by the 1980s. This was not something that the domestic media appeared to support. How well the media slurs really represented male opinion is another issue really. Kogals is a 1995 to 1998 sort of media stereotype of a high schoolgirl turning tricks for cash and in a way wanting to be like her independent big sisters of the 1980s -- again looking at Kogals in the media (which is largely where they live) tells us infinitely more about the male conservative imagination and emotional structure than about high school girls themselves. I am being general here, it is a tricky area and could absorb closer research. The media is not entirely "male" nor does "conservative" quite explain certain domestic values and journalistic traits, the two are not identical ... but there is a certain powerful male perspective, a certain market, apparently , for anti-feminist bravado and male media ownership and male fascination with girls coming together there. I go into this with closer scrutiny in my Schoolgirls book.

Question: What makes older men (and young people) so interested in such things as Lolicom (Anime more generally) and since Lolicom is so present in Japanese culture, do you see negative effects? Can cartoons harm people?

Answer: It is a very difficult thing to attempt to measure how media does and does not influence society, groups in society. We know there has been a range of behavioral experiments with this question, mainly in the US where this style of question about the media seems prevalent, though none get close to replicating or being able to predict media influences in the complexity of the open social setting. I think women certainly do suffer the impact of the continued inflation and bolstering of extremely derogatory and negative stories about them in the media in Japan. Media imagery - lots of it coming in the form of sexual slurs and nasty caricatures - helps to legitimate and keep confident otherwise outdated ideas that women should mainly be servants to men - in the home, in the workplace. Mainstream magazines and TV shows might be watched by all, but the logic is male-oriented: the media caters to the most backward male stump. Lolicom is a much more convoluted and difficult aspect of that anti-woman approach to social reportage, but one thing I would suggest here is that it's probably far more about attitudes to women, than attitudes to girls or children per se. It's going to be harmful largely to women, no wonder feminist groups campaign against Lolicom under the banner of protecting children from harm. They have less legitimacy campaigning to protect themselves from harm. 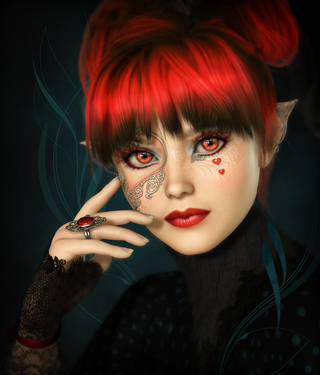 Question: I note harm in question two because a man in Virginia here in the U.S. got a twenty-year prison sentence for looking at a Lolicom rape video, though he did have other charges against him. The court ruled that these cartoons represent children and the child does not have to "exist in any place or time" for the cartoon to be deemed child pornography. Do these images or videos represent children in your opinion? I see many that have tails, cat ears and wings. Are these added or animalistic features just covering up that fact that the viewers like child or teen images?

Answer: Well obviously they are fantasy creations, amalgamations, "composites" as Hiroki Azuma would say. They are not representations of children for most consumers. The emotional structure underlying them is very fluid and multiple but these images help to negotiate emotional fallout surrounding gender conflict between men and women in Japan and on some level do put into view male fantasies of infantilizing women.

Question: Is it okay just to say, "Hey, Japanese culture is a more sexually open culture. This does not have to mean there is anything wrong with Japanese pop culture?"

Answer: I am not sure if it is the case that Japan is more sexually open, it's sexually different to the US and some European societies, which seem to find this difference untenable, provoking. There has been the long history of the commercial sale of young daughters into prostitution (and the textile industry) so that creates a general norm and background memory of, a circulation of--of sex offered as a service by girls as a commercially available thing - like good food in eateries. Is there much openness to sex other than girls as sexual raw material? Well there is more openness to female porn, but in general I don't think there is much openness at all with sexuality for the majority of groups in society.

Question: What's next for you?

Answer: I am working on an art slash anthropology film with an old friend, the artist David Panos. It's about "male reaction" and looks at himote, joso and how men have reacted to the very hard labor market and romance market situation from about 2007 or so onwards. The film--and I guess an article or so accompanying it--will look at how men may want to be girls to sell themselves and to survive. This research picks up where you left off with Lolita in the Lion's Den, and the idea of men becoming Lolita themselves.