My daughter - my first born, the child who made me a Mommy - is graduating Pre-K on Friday. I can't believe the journey - that started with counting the seconds down until the day after Labor Day so I could press redial for two and a half hours just to get a school's application - is over. 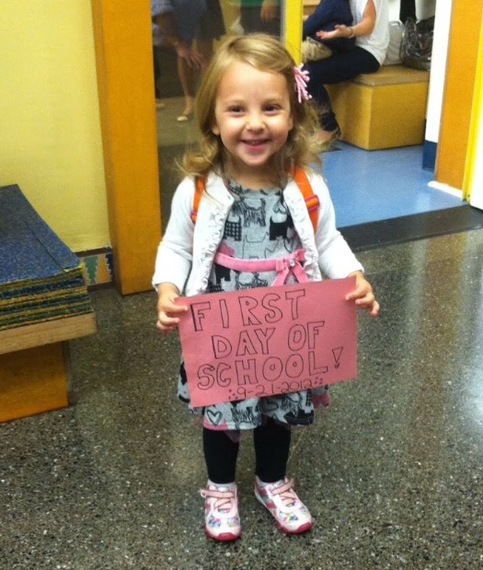 My daughter's first day of school ever, Manhattan.

Preschool - in Manhattan - is a daunting topic. Everything you heard is true. It is cutthroat. You could have the most fantastic kid on Earth who speaks seventeen languages fluently but if their birthday is after February 1st, they are a girl, or siblings took all open spots before they were offered to the world you're screwed. Schools know who they "can" accept before you even have a fighting chance. But of course any of these wild cards won't be shared with you until you win the radio contest and get through to the "DJ". Forget the begging. No application for you.

Yep, I said application. Along with an application fee, interview, and child observation.

I'm laughing that I drank this Kool-Aid.

We were lucky enough to make the cut and be accepted into one of the best nursery schools in Manhattan (according to the book everyone says you must get) for a "threes program". Of course, this was followed by our (somewhat surprising) move to suburbia five months later. So, you know all of that was worth it...

Our suburban school, of which I am a proud alum, had a much more reasonable application process. If they had a spot, and your kid had a pulse, acceptance was guaranteed.

So as I sit in my house, after parking my SUV in my driveway, on my daughter's penultimate day of preschool, I reflect. Crying and singing "Forever Young". [Please note: both Rod Stewart's version - which may also make you think of Chances Are - and your prom song fit in perfectly here.]

Did it matter what "philosophy" the school followed?

Did the kids play enough?

Did the kids learn enough?

Can your child now script sonnets in a foreign language?

Were your child's teachers soft enough or hard enough?

Was the exmissions process up to your standards getting your child one step closer to Harvard?

Was your child's multicultural experiences aligned with today's diverse society?

Who the heck knows?

What I do know is the four graduating classes did one hell of a chicken dance today at the graduation party and played a game of red light green light which was second to none.

No matter where one lives, they are little kids.

We get so caught up in what we think they need we forget they are happy running in a circle and falling down.

My daughter is a good kid and probably would have been fine no matter what school she attended and what zip code it was in (sadly not 90210). She has a thirst for knowledge that impresses me every day. She is kind, sensitive, loving, friendly, inclusive, and imaginative. She thinks of her friends if she sees a color they like and could play "family" with them for hours. She loves gardening, yoga and swimming. She likes holding her brother's hand so he feels safe. She likes picking out her Grandma's favorite flowers meticulously when we are in a rush (*exhale*).

We named a star for her as a graduation present. She is going to think this is the coolest thing in the world because on Friday nights, she likes to lie on a blanket in our backyard and look at the stars. Thank you $5 Groupon. 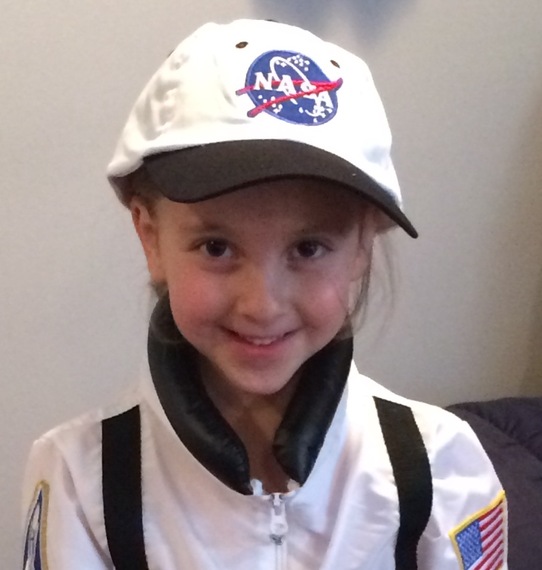 Houston, we have a problem.

She is just simply, a kid.

I do not know which school fostered which parts of her. I do know each school had some pretty fantastic attributes - having nothing to do with price, location, or status.

As kindergarten looms roughly eighty days away, I think of how I've grown as a parent too. Now a parent of two. My life has changed so much in the last three years. It makes me sad to think it is the end of knowing her classmates and their parents well. The end of getting an extra hug at the classroom door because she "loves me so much". The end of my waiting a few seconds too long to watch her go from my sweet girl to one of the kids in the class running around, engrossed in the day's activity or entering a pretend universe crafted with amazing detail.

Of course it is emotional. It is emotional for all of us. I realized this morning that today is the day six years ago we found out we were pregnant with this now - almost pre-kindergarten graduate. Six years. 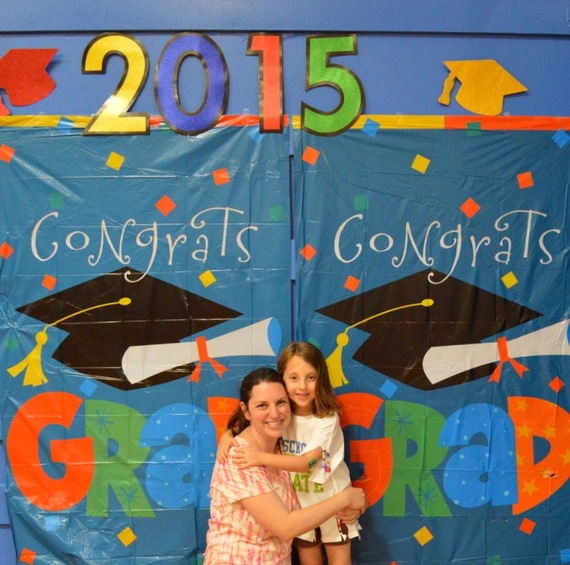 Slow down time. Slow down.

In other news, oh my gosh! What are we going to do with all the money we're saving on preschool!? Parrrrtay!