Could this be the ultimate Miami party pad?

The below sunshine-drenched space, which recently sold for $34 million, is actually two side-by-side penthouses at The Residences at The Miami Beach Edition.

Considered a triplex penthouse when combined, the massive apartment features eight bedrooms, eight bathrooms, three half baths, two pools, and a whopping 16,271 square feet in all.

An anonymous buyer snapped up the two units at The Residences, which is a new hotel-and-condo mash-up developed by Studio 54 cofounder Ian Schrager.

It's the most expensive condo sale in Florida history, the Wall Street Journal reports, until that is, the upcoming penthouse at Faena House sells for its list price of $50 million. Watch the video above.

The sale reportedly broke the previous condo record of $27 million paid for a penthouse at the Setai in January.

Forbes reports that Schrager's The Residences, slated to be completed April 2013, will feature a nightclub, restaurants, an ice skating rink, and a bowling alley in addition to 26 units.

Half of the condos are already under contract, reports Bloomberg.

See artist renderings of penthouse and other Edition residences below: 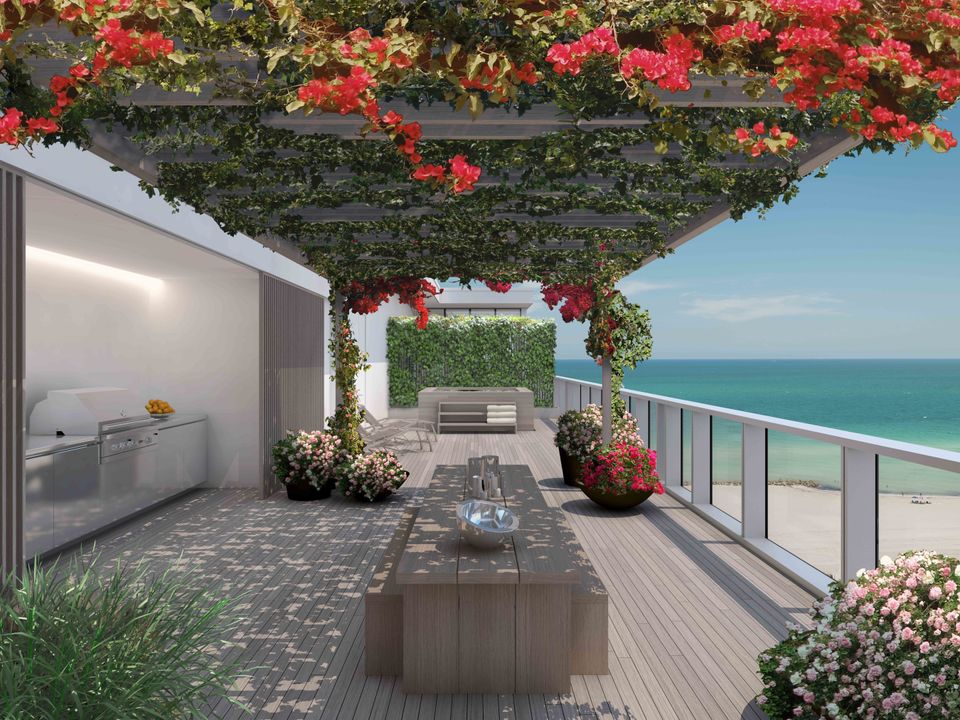 1 / 7
The Residences at The Miami Beach EDITION