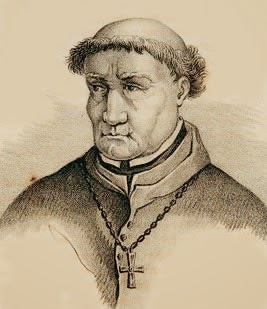 Dostoevsky's "Grand Inquisitor" was the embodiment of the anti-Christ. Tomas de Torquemada was the model and he himself would have ultimately been sentenced to the tortures that Dante envisioned in his infamous ninth circle of hell, where Satan is trapped in ice. But everyone has a Grand Inquisitor lurking inside them, in the form of a negative doppleganger or alter ego, the self-immolating spirit that casts doubt on every assertion of the life force. You may recognize it in the cynicism about motives. You like someone for being kind and responsive, but immediately begin to look at the compassion they've demonstrated as a kind of barter. You think about extending your hand to another suffering soul, but then shrink from it fearing that you're only trying to inflate your own ego or exonerate yourself from guilt. Every step forward in time becomes a potential mistake and every act that's transpired is filled with regret. The negative might be looked at as a necessary part of the dialectic of existence. Joseph Schumpeter termed one of the dynamics of capitalism, "creative destruction." Looked at on a micro or macro, on an ontogenic, or phylogenic level destruction has its place. It doesn't have to be the kind of genocide that Pol Pot inflicted on the Cambodian people, but the negative can sometimes be the only way to countermand entrenched, anachronistic and maladaptive world views. The question is, how does one distinguish between spring cleaning and murder?