The portrait, which Schwarzenegger sat for in 2003 but was just unveiled Monday, originally featured an image of Shriver’s face on a lapel pin, a staffer at the state Capitol told the Post.

“Whoever touched it up did not do a very good job,” tour guide Richard Granis said of the painting originally done by renowned Austrian artist Gott­fried Helnwein. “It was softball sized, right there on his left lapel.” 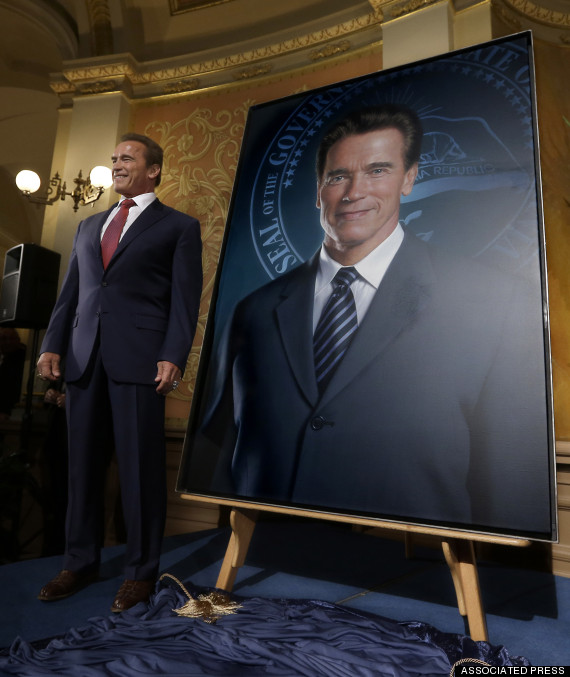 Schwarzenegger and Shriver split in 2011 when it came to light that he had engaged in extramarital affairs and fathered a child with a household staffer more than a decade earlier. The couple has not finalized a divorce and for years faced rumors of a reconciliation, though the conspicuous smudge may end those whispers once and for all.

At 6 feet tall, the portrait is larger than those of other modern-day governors, The Associated Press reported, and was paid for by Schwarzenegger.