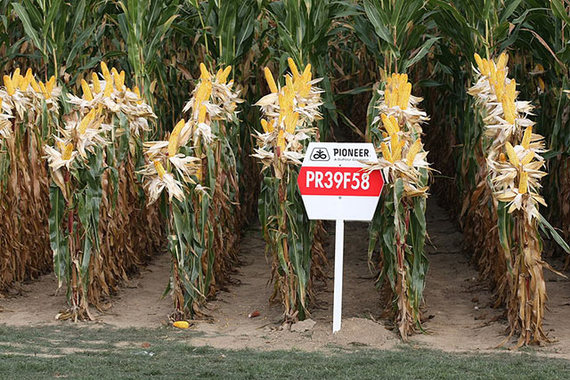 One morning a few weeks ago, I received an email from the National Academy of Sciences' National Research Council (NRC), announcing the makeup of a provisional committee of experts that has been tasked with carrying out a comprehensive new study of genetically engineered (GE) crops. This study is supposed to assess the history of GE crops around the world, the diverse experiences of farmers in different countries and a wide range of "purported" negative and positive impacts of GE seeds and their associated technologies (for example, pesticides).

Done right, this could be an illuminating investigation, right? But as I looked over the bios provided on NRC's webpage, I quickly realized that the Council appears to have a pretty poor idea of how to carry out such a challenging, complex and multifaceted study. In fact, this week 67 scientists and researchers publicly rebuked the NRC for failing, right at the outset, to put together a slate of experts equipped for the task.

The majority of the NRC panelists are biophysical scientists, no doubt highly skilled in what they do. Most have training in fields such as molecular biology, genetics, genomics, biochemistry, plant biotechnology, crop sciences and plant breeding. Several have spent a significant portion of their careers working within a GE-crop-development framework. There are a handful of others: a communications specialist who worked in public relations and marketing, an agricultural economist, and a couple of lawyers. (One has a relevant background in international law and human rights.) And, on this panel of 19, there is one sociologist. Just one.

As currently configured, NRC's panel has nowhere near the scholarly or real-world expertise required to produce a credible product.

Now, remember, this panel is supposed to assess the history and impacts of GE crops on real people: on farmers and rural communities in countries around the world. I looked again over the list of experts. (Maybe I missed something.) Where were the rural and development sociologists, political economists, political ecologists, anthropologists, geographers, international development experts with real-world experience in community-based participatory research? Where were the public-health professionals, with expertise in occupational, environmental and community health? Where were those trained in multidisciplinary research and complex systems science? Where were those who understand and study agriculture as a complex, continually evolving social/cultural/ecological system?

I also noticed the paucity of women (just four!) -- and the glaring absence of a single farmer on a panel tasked with assessing the experiences of... farmers!

Meanwhile, another group of scientists and researchers criticized NRC for failing to diversify the range of institutional interests represented on the panel. Several of the panelists come from the biosafety and biotechnology support programs of USAID and USDA, and the Monsanto-affiliated Donald Danforth Plant Science Center -- institutions that, as the letter says, are "devoted to the research, development, commercialization, export and/or trade in GE crops."

NRC committee members are supposed to serve as individuals, leaving behind the interests of their home institutions. That's fine to say and makes sense in theory. But in reality, how we think, the kinds of questions we ask and how we go about answering them are all inevitably influenced not only by disciplinary background but also by the assumptions of our professional community, the orientation of our institutional "homes" and a host of other sociocultural factors. (That recognition, by the way, and a commitment to including a diversity of disciplines and institutional perspectives, as well as equitable gender and geographic representation, is in part what made the UN-sponsored IAASTD report so unique among evidence-based assessments.)

I am also troubled by the lack of clarity and transparency that surrounds the study. Despite a partial commitment to transparency at certain stages of the review process, many things remain opaque. What are the origins of this study? Who are its sponsors? Who at NRC decided on committee participant invitations? And as the study gets underway, how will minority perspectives and dissenting opinions be treated?

NRC states that the final product will be a consensus report. In my experience, this usually results in a watered-down report that presents only the lowest common denominator of what everyone can agree on.

Far more useful -- particularly in a study of a highly controversial topic such as GE crops -- would be an unflinching, honest presentation of the plurality of opinions and differing interpretations of evidence that exist. This would better reflect and help us to understand the very real tensions (and their causes) among scientists, farmers and the public at large about how best to achieve the food system we want.

Perhaps the most troubling feature of this new GE study is that NRC appears to be asking the wrong questions in the wrong way. The study takes as its starting (and ending) point the question of GE crops and asks how this technology might contribute to agricultural innovation.

A far more useful approach would be to step back and ask: What are the challenges facing agriculture today? What do we need to know and understand in order to transform our agrifood system into one that is equitable, resilient and sustainable? (Hint: The IAASTD already asked those questions, and with over 400 authors from 80 countries, they did an excellent job at answering them.)

Many of the solutions to today's agrifood-system challenges will be social, economic and political. Some may have a technological component. The problem with NRC's approach is that asking how one technology can address a very complex array of mostly nontechnical issues -- and then looking at it in isolation from other possible solutions -- can become a self-limiting exercise.

To be fair, NRC appears to be making an effort to open its doors to public engagement. The agency offered a 20-day comment period on its provisional committee slate (now closed). There will be several committee meetings over the course of the study that are open to the public, with the first taking place in Washington, D.C., on Sept. 15 and 16. And anyone can recommend experts to present to the committee. But what NRC will do with this public feedback is anybody's guess.

Unless things change radically and fast, this NRC study appears destined (or designed?) to produce just another myopic "what could go wrong" endorsement of the biotech industry's products. That outcome would be a missed opportunity by the Council to provide the public and policymakers with a truly meaningful, nuanced and illuminating report. Surely our National Academy of Sciences can do better.