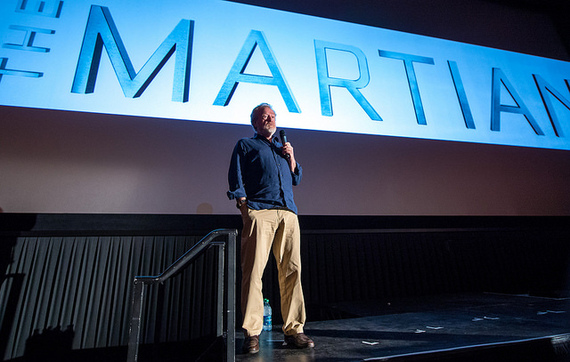 Andy Weir's gripping tale of a NASA astronaut stranded on Mars (entitled, simply enough, The Martian), is coming to Hollywood on October 2, and it is going to be another Ridley Scott blockbuster. I listened to the unabridged audio edition of the book, brilliantly narrated by R. C. Bray, who supremely navigates through multiple voices and actually sounds a bit like Matt Damon, who plays the novel's hero Mark Watney in the film. It well deserves its rating of 4.7/5 on an almost unbelievable 45,790 ratings on Audible.com. Add to that the 4.6/5 rating from 14,536 customer reviews on Amazon and you have a genuine cultural book event. A lot of people have read this book. And if the NASA scientists at the August 18 press conference at the La Canada theaters and JPL are right, this could translate to a new generation of scientists from the ranks of young people sure to flock to this action-adventure science fiction film. 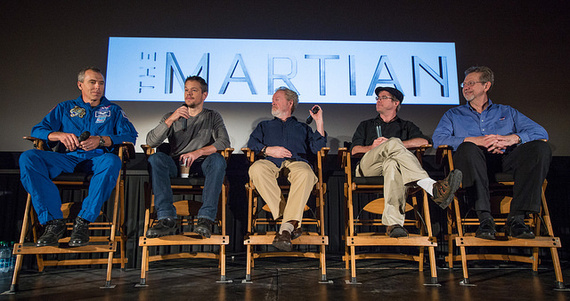 Just like "Scotty" on Star Trek inspired a generation of kids to go into STEM careers (Science, Technology, Engineering, and Math), Damon's Watney is sure to do the same as he cuts a heroic action figure loaded with math and engineering skills enough to, as he says, "science the shit" out of the problem he finds himself in. 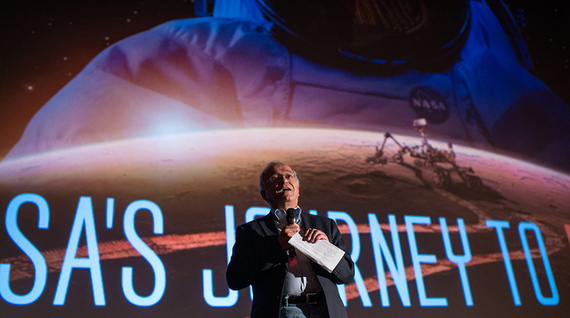 The Science-and-Hollywood connection was evident at the press conference, starting with comments from the Director of the Jet Propulsion Laboratory (JPL), Charles Elachi, who emphasized the important role science fiction plays in envisioning the future and inspiring people to become a part of it by helping make it. He recalled the day he received a phone call from the film director Ridley Scott, inquiring if JPL might advise the production in order to make it more realistic. A direct phone call from one director to another! What a concept. So simple. And true to Weir's novel and NASA's technical advice, Scott has produced not just an action-adventure blockbuster, but a scientifically accurate portrayal of what it is going to take to get people to Mars...and back. (Elachi emphasized NASA's policy that any trip to Mars will be two-way--no one-way suicide missions allowed, despite surveys that show plenty of people would be willing to make a one-way trip.) NASA's timeline will put people on Mars in the 2030s. Elon Musk and other private space entrepreneurs are aiming for the 2020s. But whatever time frame turns out to be most realistic, there seems to be little doubt that the peopling--and even colonization--of Mars is coming. We know the science to make it happen, and it is only a matter of time and money to produce the requisite technology. The consensus in NASA, Elachi noted, is that it will happen--a matter of when, not if. 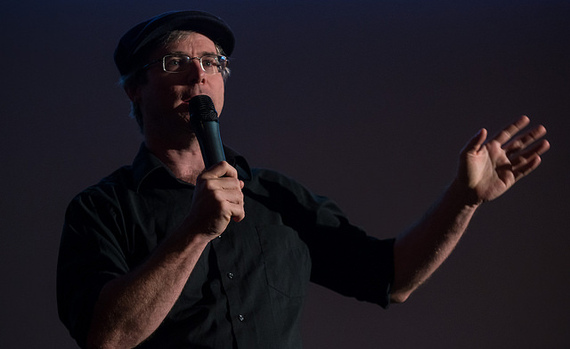 Also present at the press conference were The Martian author Andy Weir, who recounted his Cinderella story of transitioning from self-published ebook Amazon author to bestselling mega-hit writer based on his simple but effective plot line that toggles back and forth between Watney's solo log entries he leaves on the red planet for future astronauts to find after he's dead, and NASA scientists and administrators trying to figure out how to save him by concocting a rescue mission tantamount to the real-life drama that was Apollo 13. Weir's technical advice came not from NASA, but rather, from Google. The book is choc-a-block full of technical details that, near as I can figure, are as accurate as could be given what we know (although the book was published before NASA's Curiosity discovered just how abundant and readily available water probably is on Mars, which would make Watney's torturous techniques for extracting water unnecessary--but all the more likely humans can, in the long run, survive and flourish on the red planet). 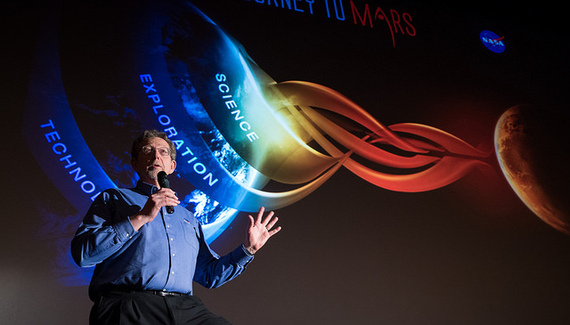 According to NASA's planetary scientist Jim Green, also present at the conference, Ridley Scott honed close to what we know about astronautics and space science that critics and skeptics will not have groan moments--like when spaceships blow up with loud sounds in space, where in fact no one can hear you scream because there is no air for sound transmission. As well, Green said, "Ridley and I were around when we landed on the moon...the lunar generation," which inspired him to go into his chosen profession, and he thinks this film and NASA's efforts at landing astronauts on Mars will do the same for future generations. Through colorful graphics Green outlined a three-step program he and his team at JPL have designed to get us there:

1. Earth Reliant stage. For example, putting astronaut Kelly on the ISS for a year to find out what it's like to be in space for a long time. Given that it will take nine months to get to Mars, and another nine months to return, plus time on the planet, means we need to know more about space endurance.

2. Proving Ground. Designing the next generation of ion engines that will allow us to take supplies--tens of tons from Earth to Mars--as well as an asteroid redirect mission that enable astronauts to move and redirect tens of tons asteroids.

3. Earth Independent. The Mars 2020 rover, similar to Curiosity, has special experiments aboard to prepare for human exploration, such as Moxie, designed take in carbon dioxide, pop off an oxygen molecule, then store it for later use. As well, we need to gain experience on how to extract oxygen to support humans on Mars, along with its use for rocket fuel for the trip home. 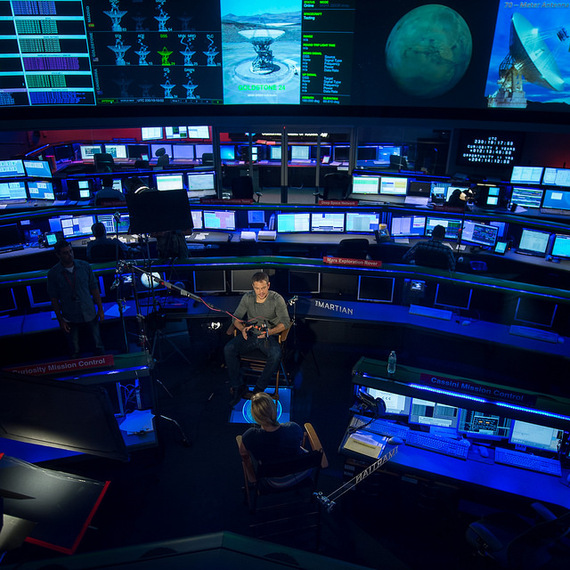 How close are we to really doing this? The Martian film, like the book, is not just science fiction. It is, by all measures, science fact. According to Green, NASA is hosting a conference in Houston October 27-30 this year to determine the first landing site and exploration zone on Mars for the first human missions. From there, they can direct NASA's Mars orbiters to thoroughly examine these areas so that the topography and geology are well known before a final decision is made on where to plant our flag. That's only a few weeks after the film's release, so no doubt all will have seen it and will be inspired to accelerate the program to do for this generation what Apollo did for an earlier generation. 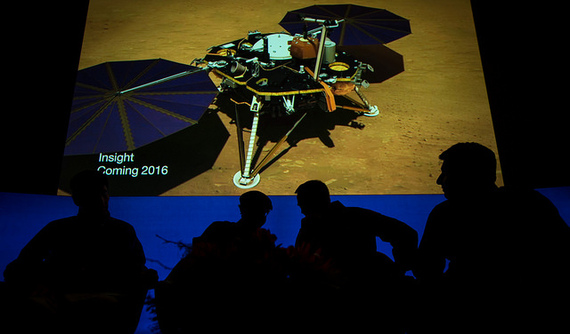 But as the fictional astronaut Mark Watney discovered in his ordeal as The Martian, it is ad astra per aspera--to the stars with difficulty.