"We are in trouble just now because we do not have a good story. We are between stories." -- Father Thomas Berry 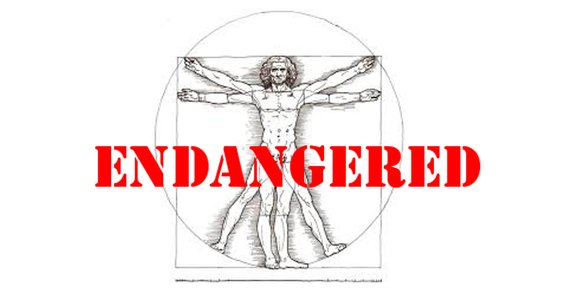 Our species -- Homo sapiens -- is endangered.

Never has humankind faced simultaneous crises on so many fronts: over-population; a rapidly deteriorating biosphere; competition for oil, water, and arable land; wars and rumors of wars; proliferating nuclear weapons; failed nation states; unprecedented extremes of wealth and poverty; terrorism on a global scale; and a climate on the brink of spinning out of control.

It seems utterly naive to suggest, as does eco-theologian Thomas Berry (1914-2009), that our woes stem from an inadequate "story."

By "story" Berry means "mythology": a grand meta-narrative that guides our relationships with the creator (however conceived), with one another, and with all creation.

On second thought, what could be more vital than getting this story right?

In the West, our prevailing mythology is woefully flawed. It's flawed because it's incomplete. And it's incomplete because, as Berry recognizes, "we are between stories." We have yet to integrate into a seamless narrative our scientific and religious creation myths.

From time immemorial, religion informed our guiding myths. "Be fruitful, multiply, fill the earth, and subdue it!" commands God in Genesis. Mainstream religious traditions -- in contrast to indigenous ones -- have long taught that humans arose by divine fiat, were made in the image of God, occupy the center of a static cosmos, and exist on an earth created expressly to satisfy our needs.

The religious worldview went largely unchallenged until 1543, when Nicolaus Copernicus (1473-1543) -- a Polish astronomer, mathematician, and cleric -- upset the mythological apple cart. By shifting from a geocentric cosmological perspective to a heliocentric one, Copernicus literally made the earth move. All hell broke loose.

The deathbed publication of Copernicus' masterpiece, On the Revolutions of the Heavenly Spheres, launched a revolution in cosmology that dislodged humans from the center of the cosmos, exploded the boundaries of the known universe, turned a static cosmos into a dynamic one, and called into question the religious story.

Moreover, Copernicanism -- in the skilled hands of Galileo, Kepler, and Newton -- gave rise to modern science. The Age of Reason, the industrial age, the nuclear age, the space age, and the information age all followed in rapid succession.

The back-to-back punches thrown by Copernicus and Darwin disfigured the human face in the mirror of self-perception. Are we not what we thought we were: the central focus of the physical and biological universes?

The message from science is oddly dissonant to that of religion, which yet proclaims our divine origins and exalted status. Which story are we to believe?

The scientific story speaks to our rationalism, but is devoid of meaning. The religious story speaks to our intuition, but denies the facts. "Do we really have to make the tragic choice between an antiscientific philosophy and an alienating science?" pleads Nobel chemistry laureate Ilya Prigogine.

The tragedy of dichotomous worldviews is compounded by the current myopia of conventional science and traditional religion, each convinced it has cornered the market on truth. "The true disease of the age is . . . literalism," observes mythologist Michael Meade:

Literalism has two factions that often oppose each other while secretly conspiring . . . One side champions positivism and a tyranny of scientism that obsesses over facts and figures and relies solely upon a statistical worldview. The opposite extreme insists upon fundamental religious beliefs that reject facts or alter them to conform to literalized stories. Each side gains some surety at the cost of a tragic loss of imagination and a dramatic reduction in the sense of wonder of the immediate world.

"Without wonder," observes mystical theologian Matthew Fox, "the world becomes a marketplace." In a commodified world, creatures, mountains, rivers, oceans, forests -- and humans -- have no intrinsic value, only economic value to be extracted or exploited.

Following Galileo, science and religion separated. After Darwin, they divorced. Perhaps divorce was necessary for science to escape the heel of religious authority and thrive. But humans, the children of that divorce, have experienced what cultural historians term "disenchantment of the universe."

Having taken refuge in materialism, science discounts the numinous qualities of the cosmos. Philosophical materialism lies at the core of our economic and ecological woes. "The technological mind sees nature as an insensate order,'' laments Pope Francis in Laudato Si'. 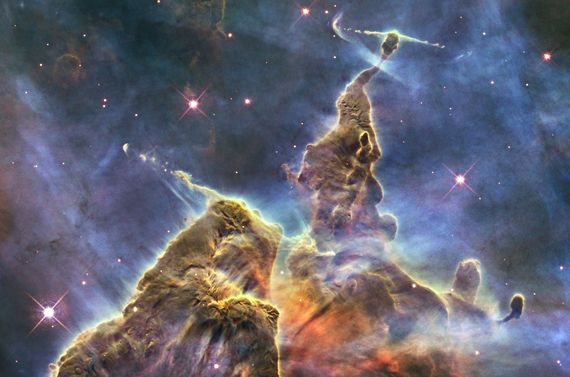 It need not be so. Fundamentally, science and religion are soulmates, each grounded in the experience of awe.

"[W]e never cease to stand like curious children before the great Mystery into which we are born," Einstein wrote to an elderly friend. And in reflecting upon his life, he concluded, "The most beautiful emotion we can experience is the mystical. It is the source of all true art and science."

There are hopeful signs for re-enchantment of the universe through the reconciliation of reason and wonder.

On the one hand, the materialistic paradigm is crumbling. Following the revelations of quantum theory, "The world begins to look more like a great thought than a great machine," in the words of Sir James Jeans, the late English astronomer.

On the other hand, official pronouncements from the Church herself herald a new era of dialogue. In his recent encyclical, Pope Francis devotes an entire section to "Religions in Dialogue with Science." Francis builds upon the legacies of predecessors like John Paul II, who, to dress still-festering wounds of the "Galileo Affair" -- the incident of 1616-1633 that forced the schism between science and religion -- attempted to set a new tone in 1983:

The Church is convinced that there can be no real contradiction between science and faith. It is certain that science and faith represent two different orders of knowledge, autonomous in their processes, but finally converging upon the discovery of reality in all its aspects.

Around the globe, individuals and organizations labor to articulate a holistic "new story" that is faithful both to modern science and to spiritual wisdom. Noteworthy pioneers among these individuals are the Jesuit paleontologist-priest Teilhard de Chardin (1881-1955) and Thomas Berry, whose quote begins this essay.

Among the organizations are the Institute of Noetic Sciences, Metanexus Institute, and Science and Nonduality, which seek to foster the integration of objective and subjective modes of knowing, to tell "the whole story of the whole cosmos for the whole person," and "to forge a new paradigm . . . informed by cutting-edge science . . . and grounded in direct experience," respectively.

Given the tight race between catastrophe and awakening, the future is hard to predict.

Some see transformation around the bend; others only Armageddon. Both are possible given the universe's predilection for chaos and creativity.

From a lifetime of studying the mythologies of world cultures, American mythologist Joseph Campbell (1904-1987) caught a glimpse of the future that is simultaneously sobering and hopeful:

The world, as we know it, is coming to an end. The world as the center of the universe, the world divided from the heavens, the world bound by horizons in which love is reserved for the members of the in group: that is the world that is passing away. Apocalypse does not point to a fiery Armageddon but to the fact that our ignorance and our complacency are coming to an end.

If indeed we rise to the challenge of our time, it will be by living up to the name science has bestowed upon our subspecies: Homo sapiens sapiens -- "doubly wise human."

Only by appropriating internal and external wisdom -- spiritual and scientific -- will we summon the wherewithal to heal what ails us.

(This essay is adapted from the introduction of the paperback edition of Reason and Wonder (2015). The author is grateful to Bill Painter for inspiration.)