At a university lab in the Netherlands, professor Mark Post is working tirelessly to perfect the world’s first lab-grown beef burger. If he is successful, beef lovers the world over will be able to eat a burger that is possibly more environmentally friendly and healthier than the real thing.

Whether consumers — already suspicious of so-called frankenfood — will ultimately accept an in-vitro burger is an open question. And the same goes for 3D-printed food. And nutrient-enhanced, genetically modified sweet potatoes, even though they could help solve malnutrition in developing countries.

All over the world, scientists and other innovators at universities and, yes, even corporations are toiling to develop technologies that they believe could help solve some of our modern food system’s biggest problems. But we as consumers have often rejected these possible solutions, sometimes forcefully, in the name of food we deem to be more natural to our diets.

Should we be so quick to do so? Though I didn’t specifically ask him during our recent interview, I’d guess Jayson Lusk, an agricultural economics professor at Oklahoma State University, would say no.

In his new book, Unnaturally Delicious, Lusk spotlights a number of innovations in the works — including all of the above examples — that could have a profound impact on the challenges we face as a food system. Mostly, he argues, for the better, though in many of the examples raised it’s too early to know for sure.

Below are highlights from our conversation, edited for length and clarity.

The book covers a range of examples where science and technology are being used to come up with solutions for problems in our food system. How did you choose them and what is the common thread between them?

Part of it was that these are the things that I knew about. A few of the chapters touched on the work of people in my town or university. But there were other things I picked up on. I wanted to present a broad spectrum of innovations. My fear with how the book is titled that people would think it was a book about biotech. Two chapters touch on that, but it’s just a part of the story I’m telling. I tried to pick a diverse set of problems people talk about the food system having — food waste, health issues, environmental issues, malnutrition, hunger — and, for each one of them, show how science and technology can help to address them.

To me, the overarching theme is that there are a lot of people who are out there who really do passionately care about food and the environment and health and they’re bringing their skills to bear on these problems. There are people attacking these problems in different ways, so let’s take some comfort in that. I feel like there is a lot of pessimism surrounding food these days, so one of my hopes was that the reader would come away with a slightly more optimistic view on the future of food.

A lot of people would argue that pessimism is warranted. A lot of the issues raised in this book are pretty heated ones where people are basically on one side or the other — like with GMOs. How do we move toward solutions while people are so bitterly divided?

I wrote a book before this one, three or four years ago [The Food Police], that was much more argumentative and took issue with the side I disagreed with. I stand by those points of view still. But if you want to have a productive conversation with someone, telling someone they’re wrong is not a productive way of going about it.

With this book, what I tried to do, is to agree on shared values first. Maybe on this point, whether we are on polar extremes of whether GMOs are good or bad, we can both agree we want better environmental outcomes in the future and that we both care about the health of ourselves and our children. So, if we agree on that, let’s look at ways to achieve that. I think it’s more productive and provides more of a platform then for at least having a conversation.

I think the GMO debate is one that is kind of shrill at times and there are very loud competing factions, but in the middle of that I think there is a point of view that is more nuanced. I tried to pick examples to open doors for conversations that perhaps haven’t been open in the past. These are tough issues and tough conversations and there are competing interests all around. That will never go away. But I think there is a healthy middle ground that doesn’t get a lot of media attention.

Did you have an overarching reason for optimism among the innovations you highlight?

If I could group them together it’s probably the two that dealt with farming practices, the chapter on precision agriculture and the one about geneticists and soil scientists at my university. What I like about those is that they really, I think, hit on a couple of issues people are very worried about: what happens on the farm and what happens to soil health. I think the average person, even the person who reads a lot about food and ag issues, really has no idea about the kinds of choices, technologies and challenges that are facing modern commercial farmers.

I knew of the people doing this research, but even for me, who reads a lot about these issues, I was able to come away being amazed by their work. I walked down four flights of stairs from where I work [to see the scientists] and live two blocks away from the guy who owns the precision ag company. They’re my neighbors, essentially. I was so impressed by how complicated it is to address these problems, being more precise with fertilizer application or the wheat breeder coming up with new varieties of seed. We take for granted the amount of work these companies and nonprofits do and a lot of it happens behind the scenes. We don’t think about it at all when we pick up a loaf of bread and make a sandwich.

It’s interesting that you argue that a practice like precision agriculture qualifies as "sustainable" agriculture in that it does use fertilizer more efficiently, reducing the risk of harmful runoff. But because it doesn’t match the optics of sustainable farming as we know it, it isn’t thought of in the same way.

There’s a lot of romanticism associated with small farms, but even today economically viable farms of any size are a business that involves really complicated decisions. We could still criticize certain farming practices, of course, and think about ways of doing things better. But it’s also really useful to look at the things that we are already doing and realize that these are smart business owners and they care about their land and their future. When technologies come along that make economic sense for them to adapt, they will want to take advantage.

I was very struck by the food waste "solution" you presented in the book: BPI and its so-called "pink slime." Food waste is a concern for many people right now, but this solution is probably not to the liking of many of those same people. How do we move forward, acknowledging these people's concerns, while also keeping the door open to innovation?

I don’t think there are any magic bullets here. If there were easy answers to these questions, somebody would have figured it out long ago. But I do think it has to do with changing the cultural mindset. It’s hard work and hard to do but I want to change people's minds a bit when it comes to what science and tech can do to address these problems.

National Geographic this month has “ugly” vegetables on the cover and they’re trying to show people the consequences of their choices, that going to the grocery store and not buying that weird-looking carrot contributes to food waste. It’s a form of education and “pink slime” is like that too. What some don’t realize is perhaps behind the scenes there was some kind of agenda. Yes, this company was trying to sell lean finely textured meat, but someone else was trying to make a lot of money selling documentaries. There’s a lawsuit going on right now where BPI is claiming ABC was trying to bump up its ratings and defamed the plant.

So there are vested interests on all sides of this and I want people to understand that every new food and ag technology is not always going to just benefit some big multinational company. At BPI, it’s just him and his family. The narratives we construct around stories like this often don’t match up with the facts and a lot of food writing feeds into the common narrative that is anti-anything big and anything corporate. I think that technology gets sucked into that because some see it as a way of promoting Big Food. I think that hinders the ability of technology to solve some of our problems. And technology won’t solve all of our problems — there are deeper issues at play — but it can be part of the solution at least.

That reminds me of this issue we’ve talked about before — that many consumers want more “natural” food but also, of course, want that food to be safe, and still affordable. But there are compromises to be had, yes?

I think certainly compromise is the right word. I think it’s true of a lot of life’s difficult issues. But if you want more “natural” ingredients, you probably will have a little harder time having safe food. If you want smaller and more diversified ag, you probably will have higher food prices. But I think allowing room for a bunch of different models to prosper is a good thing.

One of the positive things I will say about the food movement is that it has increased the choice and variety available to consumers and farmers. It’s good to allow that diversity. I think where we get ourselves into trouble is “my way or the highway,” that you have to farm a certain way. We have to allow for some diversity of practices and for what works in any given area. You have to allow people to make choices and to respect those choices and to try and understand why farmers and other consumers may make the decisions that they do.

Are you optimistic consumers might be warming to some of these technologies? Or will this continue to be a sticking point?

There will always be something of a tension because people throughout history have probably been pretty skeptical about technology in our food. But at the same time we have to be adventurous enough to try new things to be healthy and to be creative. That’s one of the ways our ancestors survived.

Science Could Help Us Feed The World, If Only We Let It
9 Addictive Foods, According To Science 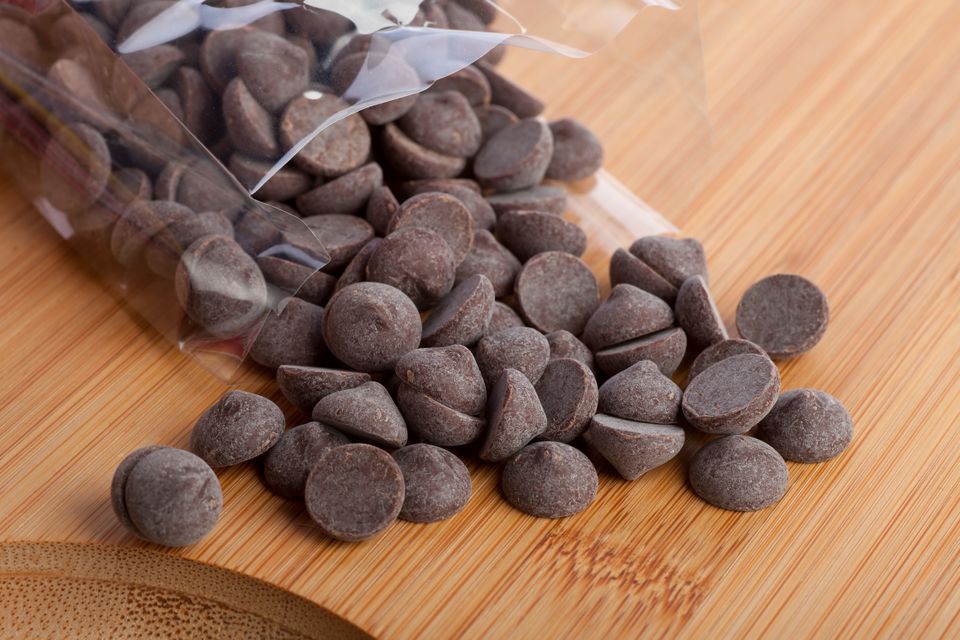 1 / 8
Chocolate
<strong>Food Addiction Rating: 3.73</strong><br><br> Chocolate has long been thought of as an indulgence. A study at <a href="http://www.drexel.edu/now/archive/2013/June/Pleasure-Response-from-Chocolate-Measured-Through-Eyes/" target="_blank">Drexel University</a> found that people experienced craving and pleasure when eating chocolate similar to the feeling people get when they take drugs. In terms of what it will do for your waistline, you'll consume 210 calories from a single Hershey's chocolate bar, and 13 grams of fat.
Charlotte Lake / Alamy