One of the most impressive aspects of the human origins exhibit at the Smithsonian's National Museum of Natural History -- along with the only Neanderthal skeleton in the United States and realistic reconstructions of our ancestors -- is the completely interactive character of the hall. Visitors are encouraged to engage with trained volunteers, create self-portraits of themselves as early hominids, and, most importantly, to question what it means to be human.

The exhibit -- including a wealth of physical evidence, from fossilized skulls to stone tools -- reveals without ambiguity how hominids have gradually evolved over millions of years. Of course, this evidence stands in sharp contrast with the creationist view that God created the Earth and all its inhabitants, virtually simultaneously, between 6,000 and 10,000 years ago. 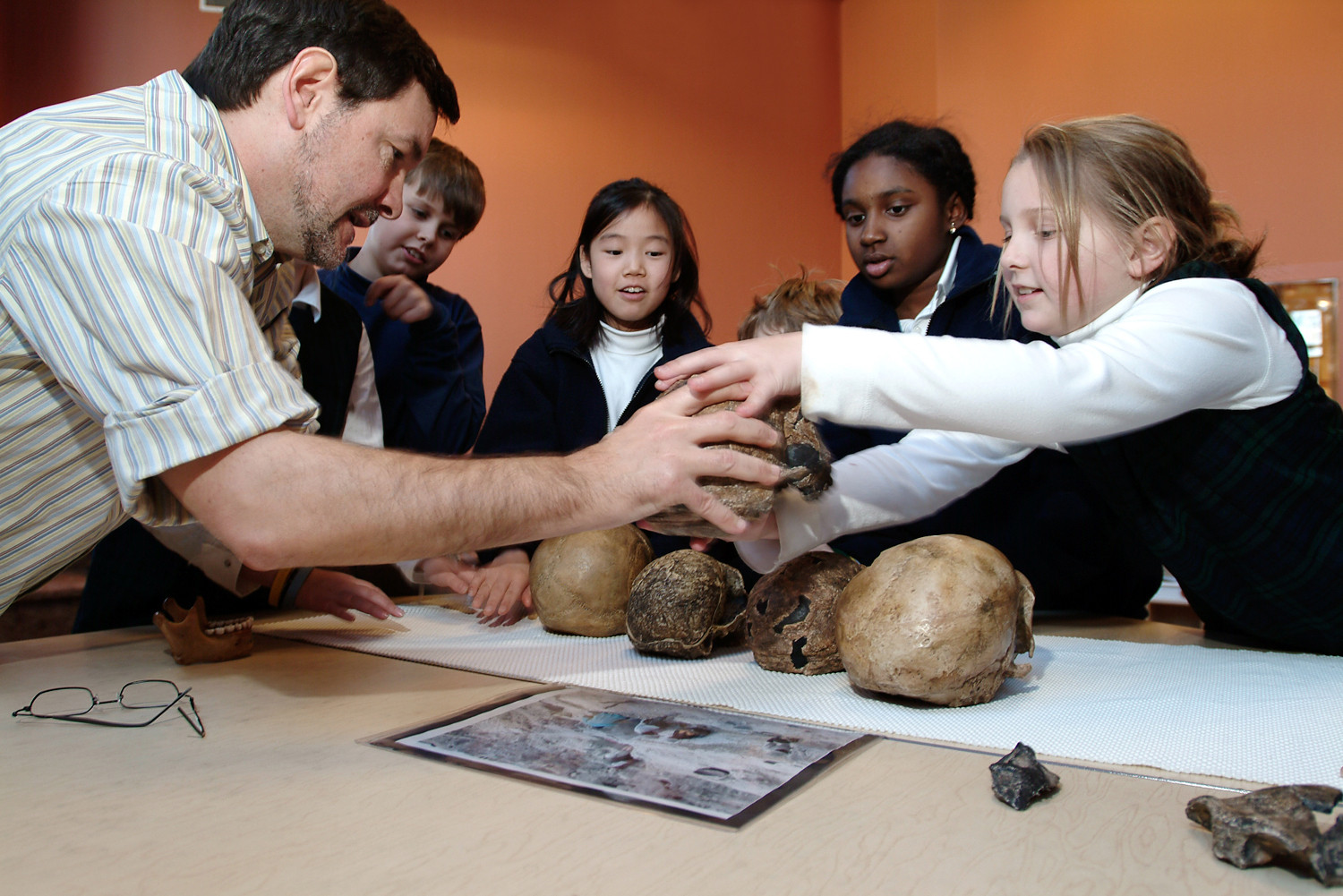 Yet curator Richard Potts reports, anecdotally, that visitors representing diverse worldviews generally seem to enjoy the exhibit without incident. Docents routinely have mutually respectful conversations with visitors from conservative Christian schools where human evolution is not being taught. Potts points out that many such visitors "can be excited about the discoveries of science." Enthusiasm for science then sets the stage for increasing visitors' level of comfort with science and the nature of scientific evidence.

The Smithsonian exhibit offers important lessons on promoting civil dialogue about scientific issues that impinge on worldviews. The Washington, D.C.-based institution is of course not alone in its quest to reach out to the public in meaningful ways. In New York City, for example, the Anne and Bernard Spitzer Hall of Human Origins at the American Museum of Natural History supports an extensive array of public programs.

But as the Association of Science-Technology Centers gears up for its annual conference in Hawaii next week, October 2-5, it seems a fitting time to review one successful exhibit's strategies for engaging the public with science, particularly related to human origins.

Why Should Scientists Engage with the Public?

First, though, a few paragraphs on why public engagement with science is so essential at this point in American history: After all, creationist views are non-scientific. So some in the scientific community may understandably question why scientists should bother to engage with those who view Genesis as a literal description of creation. This argument suggests that science and religion simply inhabit different domains, and therefore scientists need not concern themselves with anyone who refuses to accept the facts of human evolution.

But ignoring any large component of the U.S. public endangers public support for science and science education. Surveys have shown fairly consistently that "approximately 40%-50% of the public accepts a biblical creationist account of the origins of life, while comparable or slightly larger numbers accept the idea that humans evolved over time," according to the Pew Research Center for People & the Press.

It's important to remember, as Potts has noted, that many such polls may tend to "emphasize the conflict mode" by asking respondents to choose one absolute statement versus another, whereas public views may often be more nuanced. (In fact, it would be a mistake to assume that most religious believers insist that a literal reading of Genesis is the most correct one. Many believe that the science of evolution explains the "how" of human origins, but not necessarily the "why" or "who.")

Still, many people clearly do question the scientific theory of evolution, and the integrity of K-12 science education has repeatedly come under attack as legislative efforts have been introduced to undermine the teaching of evolution. As explained by the National Center for Science Education, so-called "academic freedom" bills purport to unleash teachers to discuss a "range of scientific views," and/or to encourage students to explore the "strengths and weaknesses" of information about evolution, human origins, and sometimes also global climate change, as in South Dakota. For example, the Louisiana State Education Act now stipulates that teachers may use "supplemental textbooks and other instructional materials to help students understand, analyze, critique, and review scientific theories in an objective manner." In other words, teachers in Louisiana are encouraged to call the scientific facts of evolution into question.

Such insults to science education are particularly alarming as the U.S. economy remains fragile. As science and technology are increasingly tied to every aspect of modern life, economic progress will be ever more linked to science literacy. An estimated 50 percent of America's economic growth since World War II has been directly tied to advances in science and technology.

Now Back to the Smithsonian Example

It is possible to counter the dangerous polarization within our society related to science-religion issues, as demonstrated by the Smithsonian's David H. Koch Hall of Human Origins. A key to the exhibit's success, Potts says, was the decision to center the exhibit around a question rather than an answer: "What does it mean to be human?" (Similarly, The Exploratorium in San Francisco presents information about human origins by asking, "How do we know what we know?")

This central question has triggered a fascinating range of anatomical, behavioral, spiritual and philosophical responses. One resident of Illinois wrote, for example, that being human means "to walk on two feet, to think in abstract terms, to imagine." Yet the same question prompted another Illinois resident to assert that "we all walk this earth as part of God's creation and part of our Father in Heaven." Still others cited the importance of "learning and discovering many things that we don't know" and the need to "care with tenderness, while not seeking recognition."

Potts and his colleagues also established a Broader Social Impacts Committee. The committee -- encompassing Buddhist, Christian, Hindu, Humanist, Islamic and Jewish perspectives -- is charged with helping the museum promote public dialogue, particularly on issues "at the intersection of scientific findings and religious reflection." For example, Potts says, the committee has helped the museum answer public queries that go beyond science, and they also participate in decisions related to the training of staff and volunteers.

Training for the exhibit's 120 or so volunteers emphasizes "the importance of a respectful and welcoming place where a conversation can take place about the nature of evidence, the process of science and how people relate science to their religious views of the world," Potts explains. "We try to lower the temperature if it ever gets high." Toward that end, town hall-style public discussion groups regularly take place inside the National Museum of Natural History. Special "hot topic" events focus on a science-religion issue on the last Friday of every other month. Interactive resources on the museum's Web site also help visitors feel at ease before they set out to tour the exhibit.

All of these and other tactics have allowed the museum to move "beyond the stereotype that scientists only believe one thing and people with strong religious views can only believe another," Potts says.

The Smithsonian's Hall of Human Origins is only one case study in how science centers are successfully engaging the public on issues at the intersection of science and religion. By the way, I'm delighted that similar public-engagement strategies will be broadly leveraged during the USA Science & Engineering Festival, which will culminate October 23-24 with an expo on the National Mall. Among the many activities at the expo is, for example, an "Evolution Thought Trail" organized by a multidisciplinary coalition of scientific organizations.

The Association of Science-Technology Centers represents 600 members and 444 science centers and museums in 45 countries. The group estimates that 59.4 million visits were made to 342 member institutions in the United States in 2009. Those numbers represent a wealth of opportunities to engage the public with science, thereby easing tensions at the interface of science and religion.

Photo: Richard Potts, director of the Smithsonian's David H. Koch Hall of Human Origins at the National Museum of Natural History, interacts with a group of young visitors.