Whether it's your sibling, best friend, parent or even your boss, you've called someone stupid at some point in your life. But how do we even define "stupid" behavior, and what can we do to avoid acting stupidly?

"Although calling something stupid is a frequent everyday behavior," Balázs Aczél, a psychology professor at Eotvos Lorand University in Budapest and a co-author of the study, told The Huffington Post in an email, "there has been no psychological study to understand why and when people use this label to describe the observed actions."

Aczél and his colleagues gathered 180 pieces of writing from the news, blog sites, and social media that might be deemed as "stupid." The pieces were then presented to 154 adults who were asked to fill out a survey about each story.

The study participants answered whether they thought the behaviors and actions in the writing clips were stupid, and how stupid they considered them to be on a scale from one to 10.

The researchers found that, despite the ambiguous definition of "stupid," there was a 90 percent rate of agreement between participants in which actions were seen as stupid. The researchers also noticed that there were three different types of behaviors, which were most often deemed as stupid.

"In our statistical analysis of the data we found that people regard stupid action in three different categories: (1) violations of maintaining a balance between confidence and abilities; (2) failures of attention; and (3) lack of control," Aczél said.

Here are examples of the three categories:

Aczél described it as "confident ignorance," or when someone is overconfident about their ability to do something. An example of this behavior is when a driver refuses to ask for directions, and might end up lost.

"What that tells us is that you don’t have to have a low IQ, in people’s eyes, to act stupidly. You just have to misperceive your abilities,"Aczél told The Washington Post.

A lack of willpower or control might be when your friend is on a diet but buys cookies in the grocery store "just in case."

Absent-minded behavior could be described as when someone who buys a car doesn't know how to change the oil, and thus, the vehicle breaks down on the side of the road.

The researchers noted that more research is needed to determine how much of their findings are influenced by culture and shared expectations.

But for now, "these results bring us closer to understanding the rationalistic norms that people use in monitoring and evaluating behavior," they concluded.

The study was published in the November-December 2015 edition of the journal Intelligence.

Science Has Determined How Not To Look Stupid
15 Funniest, Geekiest Science Jokes 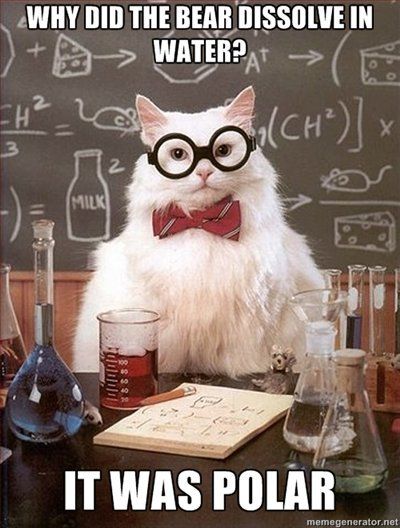