What happens when you take upwards of 200 people -- old, young, some formally versed in science and technology, others armed only with enthusiasm and open minds -- place them in the same room, and give them 48 consecutive hours to form teams and design and build scientific projects of their own choosing?

What happens is a lot of cool stuff. A ukulele-strumming robot. A personal planetarium. A mobile app that monitors acceleration and fuel usage in your car in order to motivate safe and efficient driving. And countless other contraptions and applications, all using openly available data and all demonstrating the magic that can result when different people and ideas are allowed to bounce off one another in spontaneous, serendipitous ways.

Spontaneity and collaboration are the watchwords of the global grassroots movement known as Science Hack Day. From its beginnings in 2010, Science Hack Day has now spread around the world, with more than 30 gatherings held in a dozen countries, including China, Cyprus, Russia, Colombia and Madagascar. This year's fifth annual event in San Francisco will take place on October 4th and 5th. 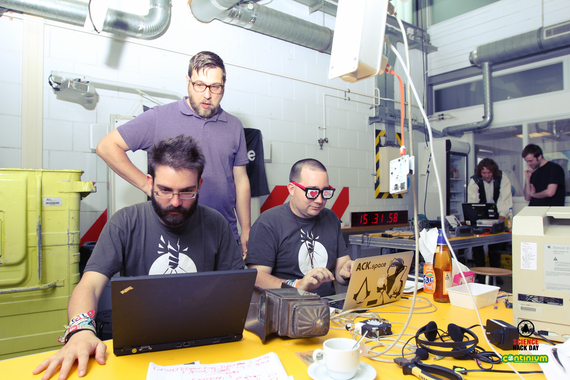 No matter the setting, the program for a Science Hack Day is the same: People from disparate backgrounds, such as designers, developers and programmers, along with people whose lack of formal scientific training doesn't interfere with their creative zeal to harness technology, all gather together in one space. What follows is a two-day, all-night marathon as teams design, construct and demonstrate their creations. The aura of good-natured competition is embodied in a closing awards ceremony, with prizes that include "Best Design," "People's Choice," and "Judges Would Like to Own."

At last year's Science Hack Day in San Francisco, the "People's Choice" and "Best Use of Data" prize went to "Symphony of the Satellites," whose designers used openly available data on all the satellites currently in Earth orbit. These data were translated into musical values -- velocity into the pitch of different notes, altitude into tempo -- for a resulting composition that was literally celestial in origin.

The spirit of Science Hack Day is perhaps best embodied by its global director (or "global instigator," as her website notes), Ariel Waldman. Originally a graphic designer by training and profession, Waldman nevertheless harbored a love of science and a belief that science and technology should be, as she puts it, "disruptively accessible" to everyone. An impulsive letter to NASA inquiring about any pertinent job they might have resulted in a surprise: a position with the agency, working to bridge NASA scientists and engineers with the public in envisioning the future of space exploration. 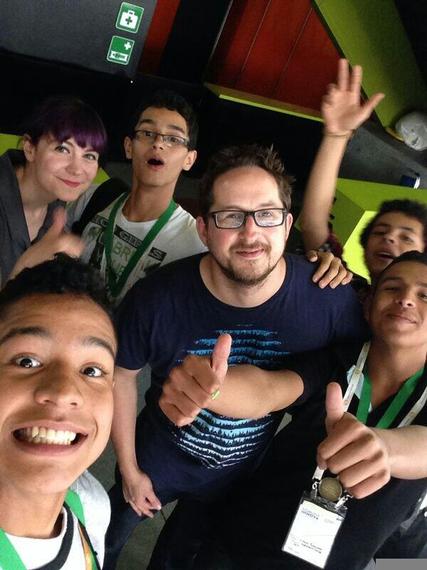 Today, Waldman lectures on behalf of public participation and empowerment in science. And, in the spirit of the event itself, she has openly published instructions on how to hold a Science Hack Day.

Among the science hacks that Waldman's observed, her own favorite is a "Beard Detector," fashioned by a Web developer who used a USB-connected microscope to precisely track the length of facial hairs to detect when a shave is necessary. This invention, while seemingly frivolous, aptly illustrates the potential of Science Hack Day: A physicist who saw the Beard Detector demonstration realized that the technology would serve perfectly for a classroom-appropriate "cloud chamber," the forerunner of today's vast and complex structures for detecting subatomic particles. Thus, Science Hack Day facilitated a serendipitous encounter, an unexpected tangent for an application and the potential birth of a new tool for science education. 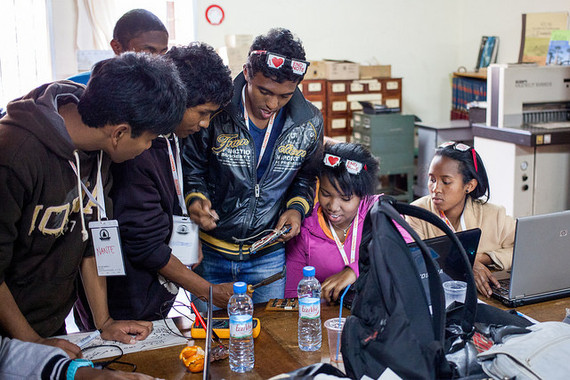 Science Hack Day is primarily a volunteer movement, supported by corporate sponsorship. Thomson Reuters EndNote, the leading software for researchers, librarians and students to find, publish and manage bibliographies, citations and references, is a global sponsor, underwriting this weekend's event in San Francisco and those to come.

It's impossible to predict the creations that will spring forth when people gather in the spirit of participation, collaboration, and benign anarchy at the next Science Hack Day, but the results are certain to be inspired, and inspiring.