The word science has been around since the days of ancient Rome. It derives from the Latin word scientia, meaning "knowledge" in the widest sense. But the word scientist is much younger--less than two centuries old. Before the mid 19th century, individuals we would now routinely call great scientists, such as Archimedes, Kepler, Galileo, and Newton, were instead known as "natural philosophers." "Scientist" was coined only in 1833, at a meeting of the British Association for the Advancement of Science in Cambridge. It immediately caught on the United States, though not until somewhat later in Europe.

For all the supposed objectivity of the scientific method, scientific progress has always been driven by strong personalities. The biographies (and autobiographies) of great scientists often illuminate their motivations and sometimes offer clues as to the sources of their breakthroughs. Who can resist the anecdote of Archimedes, the king's gold crown and the overflowing bath tub? Or Newton's reported comment about gravity and the falling apple? Or Einstein's own description of his teenaged thought experiment about chasing a light ray? Or James Watson's rumbustious account of the decoding of the structure of DNA in The Double Helix--a book at first condemned by Watson's collaborator Francis Crick for its personalizing of scientific research but in due course grudgingly admired by Crick for its truthfulness.

Apart from their love of science, do the 40 or so great scientists selected for my book, The Scientists: An Epic of Discovery [Thames & Hudson, $45.00], share anything in common? Their nationalities, family backgrounds, education and training, personalities, religious beliefs, working methods and the circumstances of their greatest discoveries, differ enormously. But in one respect, at least, they do appear to be alike: All of them worked habitually and continually at science and were prolifically productive. The mathematician Henri Poincaré (a seminal influence on Einstein's theory of special relativity) published 500 papers and 30 books; Einstein himself produced 240 publications; Sigmund Freud had 330. As Darwin observed to his son, late in life: "I have been speculating last night what makes a man a discoverer of undiscovered things, and a most perplexing problem it is.--Many men who are very clever,--much cleverer than the discoverers--never originate anything. As far as I can conjecture, the art consists in habitually searching for causes or meaning of everything which occurs. This implies sharp observation and requires as much knowledge as possible of the subject investigated." Newton, when asked how he had discovered the law of gravity, replied pithily: "By thinking on it continually." All of the great scientists in my book would, one senses, have said amen to that.

Check out these 7 amazing moments in scientific history: 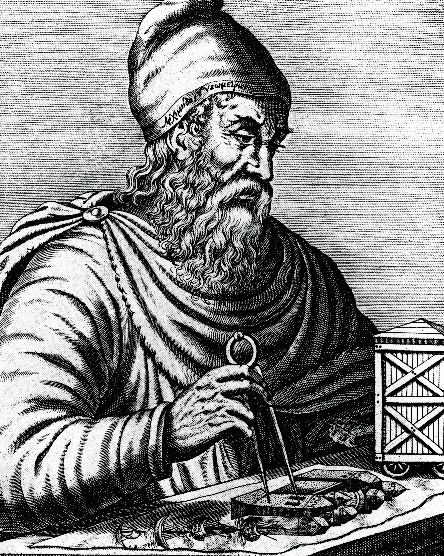 1 / 7
Archimedes
Archimedes lived during the 3rd century BC. This 17th-century French engraving imagined Archimedes’ appearance two millennia after his death. To the ancient Greek natural philosophers, such as Archimedes, Aristotle, Democritus, Euclid, and Ptolemy, modern science owes much, for example the principles of displacement and flotation, the invention of geometry, the concept of latitude and longitude and the first estimate of the circumference of the Earth, the idea that light travels in straight lines, the perception that matter is made of atoms, and the earliest systematic classification of animals.
© Bibliothèque Nationale, Paris